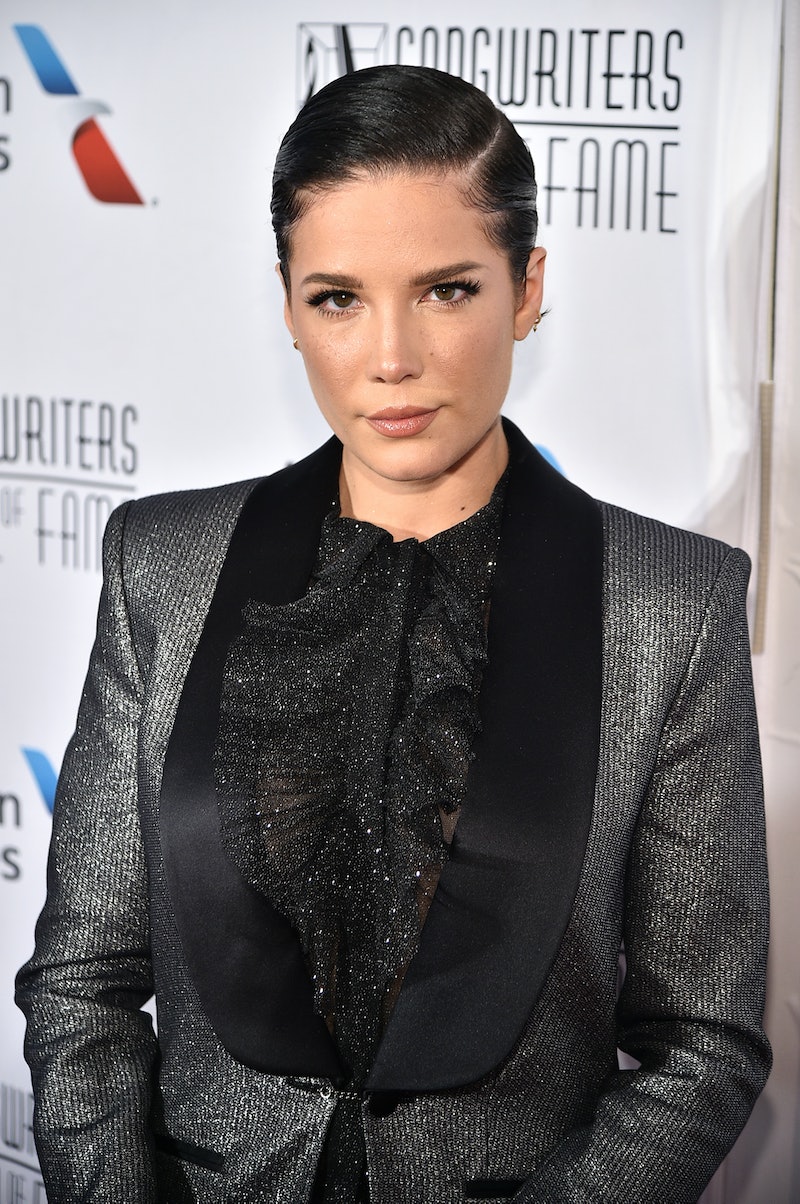 Talking about mental health issues isn't always easy, but this singer is willing to share the reality of her struggles. In her cover interview for Rolling Stone, Halsey revealed she's been "committed" twice to a psychiatric hospital while dealing with her bipolar disorder since her career took off. And not only was it totally her choice, but her approach toward keeping her own health in check is refreshing.

According to Halsey herself, the success she's found in music has been stabilizing for her, because it helps her stay "accountable" when it comes to her mental health. And because there are so many people who work for her and are in her life, she said she didn't want to hurt them by hurting herself.

“I’ve been committed twice since [I became] Halsey, and no one’s known about it. But I’m not ashamed of talking about it now," she told the magazine, adding, "It was my choice. I’ve said to [my manager], ‘Hey, I’m not going to do anything bad right now, but I’m getting to the point where I’m scared that I might, so I need to go figure this out.’ It’s still happening in my body. I just know when to get in front of it.”

Halsey also told Rolling Stone that she's been in a manic period for a while, and she does worry about what her mental health will be like on a daily basis.

But it certainly seems like Halsey has found a way to cope with the way her mental illness manifests itself, and there's no doubt that her sharing what she experiences so openly will help others dealing with the same thing. In fact, this isn't the only time that Halsey has opened up about her mental health. Back in 2015, she talked about her diagnosis in an interview with Elle, revealing that she has bipolar disorder for the very first time.

"It just kind of feels right to say it here, so I'm going to go ahead: I have bipolar disorder," she said at the time. "I've never talked about that in an interview before. I never brought it up. A lot of people I work with probably don't know it. I think this a good time to talk about it. It's just like, I was diagnosed when I was 16 or 17. My mom has it, too."

So many people struggle with their mental health, and someone like Halsey sharing her own story can help get rid of the stigma that's still around something that a lot of people face every day.

It's hard to imagine the kind of pressure living in the spotlight creates without living that life yourself, but so far, it sounds like Halsey has it under control. Getting help and reaching out when you need it is so important, and it's good to hear that Halsey has found something that works for her.