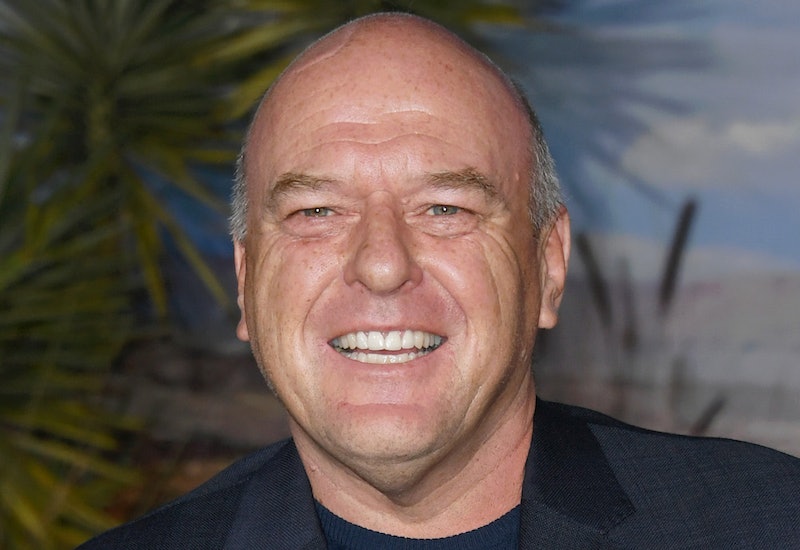 ASAC Schrader lives again: Hank Schrader's return to Better Call Saul isn't just a cameo, according to showrunner Peter Gould. Dean Norris and Steven Michael Quezada are slated to reprise their Breaking Bad roles as DEA agents Hank Schrader and Steven Gomez, respectively, in the fifth and current season of the prequel that follows attorney Saul Goodman (Bob Odenkirk) before he became Saul Goodman and was simply Jimmy McGill. Hank and Gomez will appear in Episode 3, set to air Monday night, and Episode 4, set to air next Monday, at earlier stages of their careers and prior to their ultimate deaths.

In an interview with TVLine on Sunday, Gould said that Norris and Quezada’s return aren’t mere pop-in cameos. “[A cameo] is one thing that so far we’ve never been interested in doing, because I worry that it’s going to take you out of the show if you start seeing these familiar characters just pop up for a couple of lines,” Gould said. “You’d really like them to be a part of the story… In Episode 4, there’s still more. You get to see Hank in action, and Gomez in action. They’re just great.”

Gould added that viewers will see a “fresher” Hank prior to all of his troubles with his brother-in-law, Walter White (Bryan Cranston). He said, “It’s so great to see Hank back before all the shit went down with Walter White, before he started having that cloud over his head… the Hank Schrader we met in the pilot of Breaking Bad, who took so much pleasure in his life and in his work.”

In Breaking Bad, which ran for five seasons between 2008 and 2013 on AMC, Hank and Gomez are killed at the hands of Jack Welker and his white supremacist gang after an intense shootout in Season 5. While the death served as a major gut punch to fans, Norris has long been supportive of his character’s fate. “Yeah, man, I loved it,” he told TVLine in 2017. “[Creator Vince Gilligan] kind of took me aside and said, ‘This is how it’s gonna happen.’ I think he almost said the lines, literally, two years ahead of time. ‘You’re gonna die, but you’re gonna go out with your dignity.’ And I was like, ‘Great!'”

In an interview with USA Today on Monday, Norris reflected on revisiting his character years after his death for Better Call Saul. “I told [producers] it’s going to be fun to play Hank before all the depression, before he took a turn for the worse,” Norris said. “You know, the loudmouth, strong, tough, not-a-care-in-the-world kind of guy that I only got to play in the first two seasons.” Norris added, “[Breaking Bad] meant a lot to me in my life, so it was kind of emotional to be back there and reconnect with all the people.”