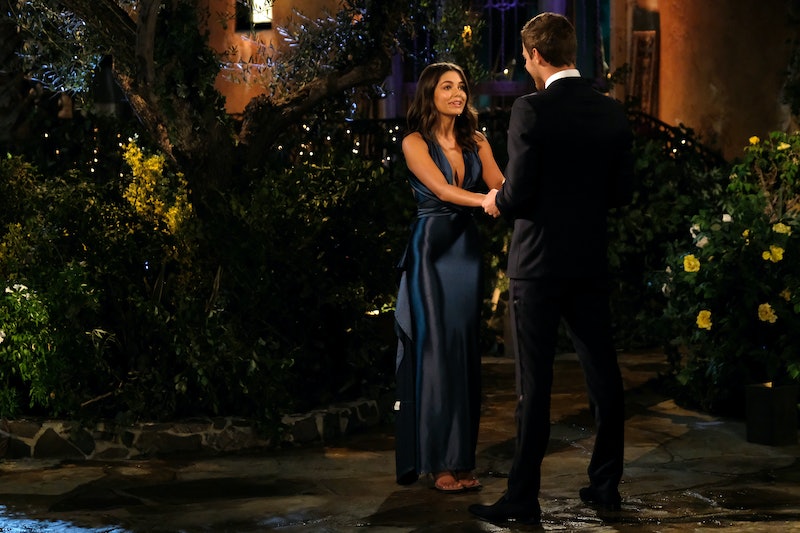 Joining a show like The Bachelor can be daunting, which is why it helps to know someone who's been through it and can give you a few tips. That's the case for Peter's Bachelor contestant Hannah Ann, who's already close friends with a pretty prominent member of Bachelor Nation — one who also happens to be named Hannah. As Hannah Ann's Instagram account indicates, she's friends with BiP star Hannah Godwin and has known her for quite a while. (Their first photo together on her Instagram is from July 2018, though their friendship could go back further than that.)

It's difficult to know for sure how this relationship developed based on social media alone. Hannah S. is from Knoxville, Tennessee while Hannah G. is from Birmingham, Alabama, so it feels unlikely they know each other from their hometowns. But considering they've both worked as models for various agencies, it makes sense that they would cross paths. (Hannah S. is a member of The Campbell Agency while Hannah G. is with Select Model Management.) However and whenever they met, they appear to be pretty close now, which means it's possible Hannah G. gave her friend a few pointers before sending her off to the Bachelor mansion.

Of course, this wouldn't be the first time contestants have come onto the show with prior connections. Tia Booth from Arie Luyendyk Jr.'s Bachelor season followed in her BFF Raven Gates' footsteps, who had been the runner-up in Nick Viall's season the year prior. Tia didn't end up winning, but she stayed on long enough to become a fixture in the Bachelor community. It's possible Raven gave Tia some advice on how to best navigate the shared-dating terrain, but even if she didn't, it may have just been comforting for Tia to be able to confide in someone who'd gone through a very similar experience of their own. Perhaps Hannah S. will find that with Hannah G. as well.

As usual, Hannah Ann's official ABC bio doesn't give too much information away that would hint at the odds of her and Peter making it last long-term, but Reality Steve has uncovered a few details about her background in pageantry and hints that we could have a new Caelynn and Hannah B. feud on our hands. History tends to have a way of repeating itself, and apparently that's true even in the Bachelor world. Let's just hope that this Hannah doesn't also end up getting her heart broken on national television.