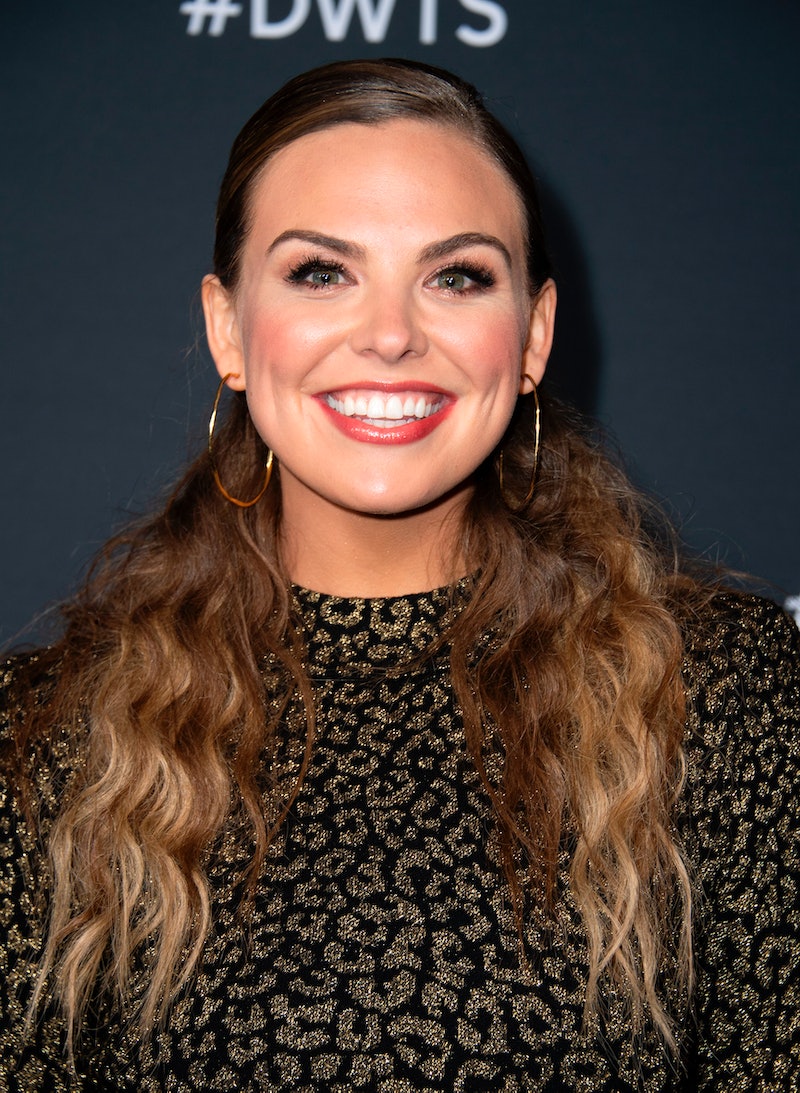 Alabama Hannah has reportedly added a new superlative to her name: literal life saver. On Saturday, June 13, Hannah Brown helped rescue a man while white-water rafting in Tennessee with her family. Twitter user @quintnugget posted about the incident on her feed, writing, "How fun Hannah Brown saved my boyfriend from drowning in the Ocoee River today." (In a separate tweet she clarified that he wasn't actually drowning, but was "just being taken downstream and she pulled him onto their raft.") Bustle reached out to reps for Hannah, who confirmed the report.

Hannah's brother, Patrick Brown, alluded to his sister's rescue skills in a post on Instagram. "Took on the rapids with the fam jam! I got to relive my lifeguard days and Hannah thinks she’s apart of the Coast Guard now," he wrote. The former Bachelorette has yet to comment on the reported incident, but @quintnugget shared more details. "She was on the river with us our raft flipped and her and her family were on the trip with us she ended up pulling my bf onto their raft after the current took him. I didn’t know who she was but her mom said she had just won DWTS and that she was the bachelorette!" The Twitter user went on to reveal that Hannah's mom was "so proud of her baby girl I loved it."

On Monday morning, @quintnugget also shared a video of Brown pulling her boyfriend onto her family's raft after theirs flipped. "@hannahbrown rescues my boyfriend from the Ocoee River! Y’all asked for it. Here it is! To clarify @miltonsangabriel93 was not literally drowning (I’m prone to being dramatic) but most of us did get beat up by rocks in the river after we flipped. IT. WAS. AWESOME."

In recent weeks, Hannah has been focusing on holding herself accountable for her actions after saying the N-word while singing DaBaby's "Rockstar" during in an Instagram Live on May 16. After issuing an apology on her Instagram Story the following day and promising to "do better," the DWTS champ has turned her words into actions by speaking with the co-founder of Privilege to Progress, activist Michelle Saahene, and urging her fans not to defend her for using the racial slur. She also said she's working with an Ethnic Studies professor to take an "intense, deep dive into understanding the things that I didn't know."

Following the scandal, Hannah took a break from social media, but since returning she's focused on educating herself and others about white privilege. In addition to having "uncomfortable" discussions about race with the people she loves, she also shared on Instagram that she feels the "need to talk to these white people like me who continue to make excuses and think it's okay when it's not."