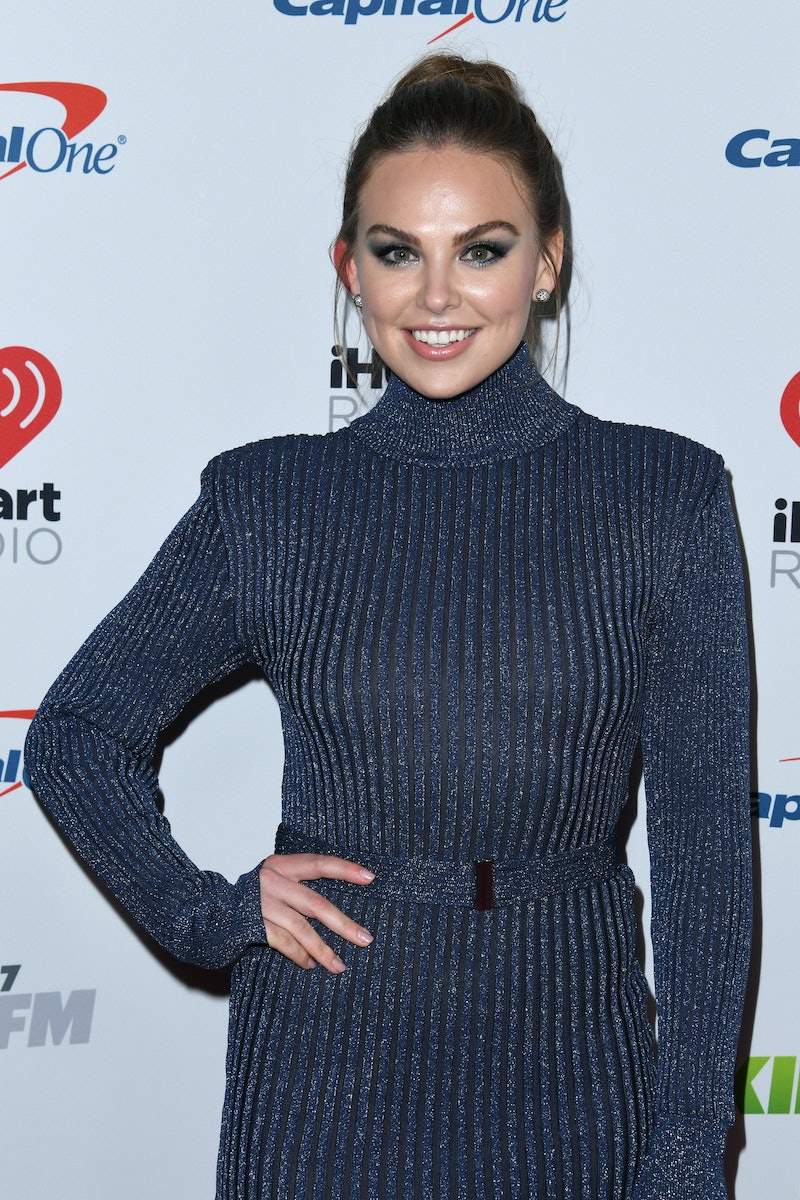 Hannah Brown is continuing to take accountability for her actions — and hoping to educate the people around her as well. While reflecting on the response to her use of the N-word on Instagram Live, Hannah Brown said she's had "uncomfortable" conversations about race with the people in her life as a result of educating herself about racial issues in the United States.

The former Bachelorette spoke candidly about becoming aware of her white privilege with activist Michelle Saahene — the co-founder of Privilege to Progress, which works to raise awareness of racial injustice — while addressing the scandal. "I really f'd up," Hannah said. "And I didn't know anything about how I f'd up because I didn't even think about myself as a race. I thought of myself as normal. ... My outlook on life is very different than my Black friends even though we grew up in the same place."

Hannah said that realizing how much she didn't know about the Black experience inspired her to work with an Ethnic Studies professor and and take an "intense, deep dive into understanding the things that I didn't know." Hannah added that "some of the conversations that I've had the past few weeks have been really uncomfortable with people that I love who I know are good people, but that's also what I've learned is just because you're nice doesn't mean you're not racists."

During the conversation, Hannah also explained her previous "ignorance" about the history of the N-word and the impact that it still has on the Black community. "I caused so much hurt because of my ignorance, I now can understand that so much more," she said, later adding, "It was hard to know that I had hurt people. The thing is, it's not the intention, it's the impact … the impact that I had really affected a lot of people."

She also appeared to address her initial instinct to deny using the word while singing DaBaby's "Rockstar" during an Instagram Live, explaining that she was in "disbelief" of her own actions. "I was like, ‘No I wouldn't say that, I know you're not supposed to say that word.' And I just completely did," Hannah recalled. "I [knew] what I said was wrong but I couldn't tell you why I said it. It was really a time where I was feeling really guilty and shamed and kind of went through these waves."

Hannah took a break from social media in the wake of the scandal in order to educate herself; despite laying low, she said she was shocked to see "how many people were defending me and defending an act of racism." As a result, she is determined to have those "uncomfortable" conversations about race and privilege publicly, because she feels the "need to talk to these white people like me who continue to make excuses and think it's okay when it's not."

This is not the first time that Hannah has asked fans not to defend her use of the word on social media. "I wholeheartedly take accountability for the disappointment and pain I caused by saying this word," she wrote on Instagram on June 5, later adding, "It is SO important to me to tell y’all that there is no defending what I said."