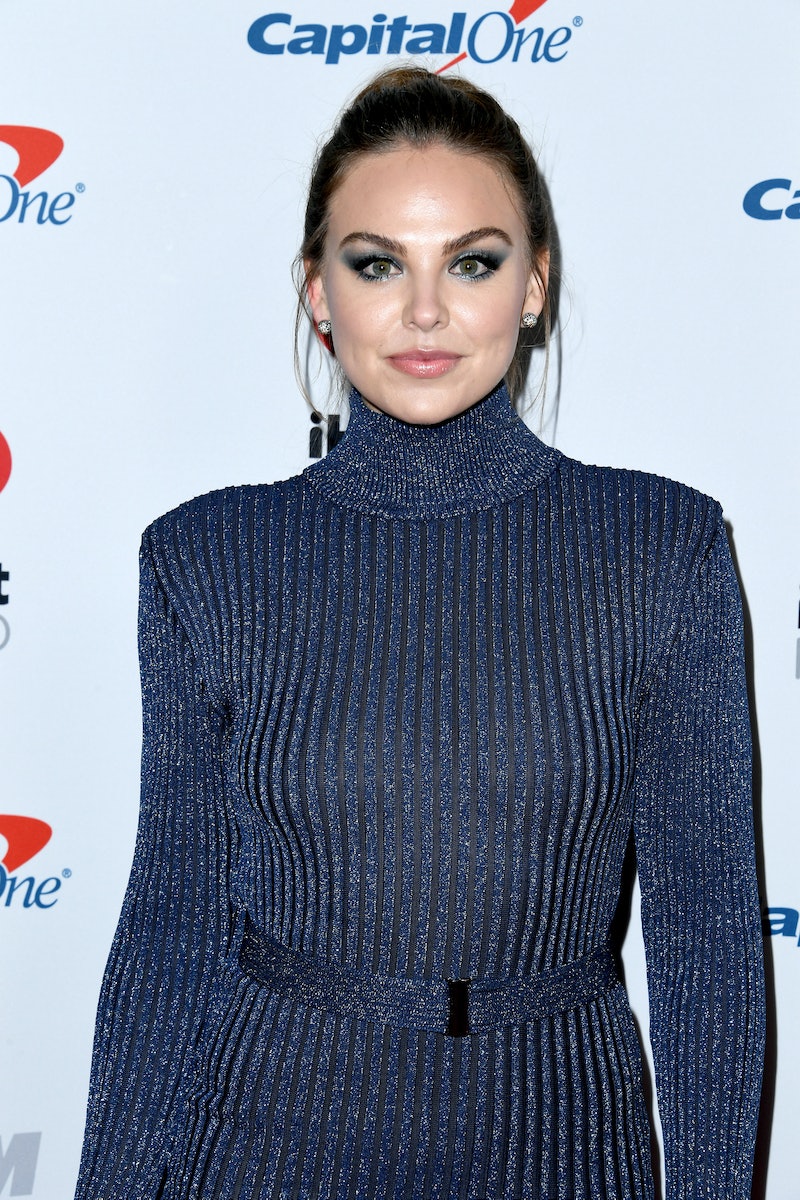 Hannah Brown is following through on her promise to educate herself about racial issues in America. After sharing an Instagram video of NFL player Emmanuel Acho explaining the history of the racial slur on Thursday, June 4, Hannah Brown told fans not to defend her after her N-word controversy, adding that she is trying to take accountability for her actions. In the video, Acho explains that the N-word is "synonymous with oppression, execution and subordination," and was used for decades to treat black people as less than their white counterparts.

Alongside the video, Hannah quoted the NFL player's message to white people, writing, "You can’t, shouldn’t, nor should you have the desire to say that word…that word is truly synonymous with hatred." She then once again addressed her own use of the word, and the impact that it had on her fans and followers of color. "I wholeheartedly take accountability for the disappointment and pain I caused by saying this word," Hannah began.

"While I know I can’t take it back, I can listen, learn, and take action to continue the dialogue and be a part of this historical and necessary change." She also added a message to her fans, writing that "i⁣⁣⁣⁣⁣t is SO important to me to tell y’all that there is no defending what I said, I hope this video helps you understand why you should not defend me either."

On May 16, Hannah was singing the lyrics to DaBaby's "Rockstar" during an Instagram Live when she dropped the slur. Though at first she repeatedly denied that she used the word — even blaming it on her brother, Patrick, at one point — a day later, Hannah issued an official apology on her Instagram Story. "There is no excuse and I will not justify what I said. I have read your messages and seen the hurt I have caused. I own it all," she wrote at the time. "I am terribly sorry, and know that whether in public or private, this language is unacceptable. I promise to do better."

While many members of Bachelor Nation were unsatisfied with her apology, Hannah stepped back from social media until May 30, when she once again apologized for using the N-word in an Instagram video that also touched on the killing of George Floyd at the hands of four police officers. "I don't want to be an ignorant white girl who uses the N-word and goes onto a platform intoxicated and being that way," Hannah said, later adding, "I promise you, I will not be a part of the problem anymore. ... So from the bottom of my heart, I'm so sorry… And I promise to continue doing better. I promise."

However, while Hannah was taking time to educate herself, her fans were defending her on social media, often to other members of Bachelor Nation. During the May 25 episode of The Viall Files, Rachel Lindsay revealed she had been accused of "bullying" Hannah after she expressed disappointment with the latter's initial apology. "It just baffles my mind," she said at the time. "'You should be showing Hannah grace?' Why isn't that used on the flip side of things, you know? It's crazy." Hopefully after Hannah's latest statement, her fans will do some listening and reflection of their own.