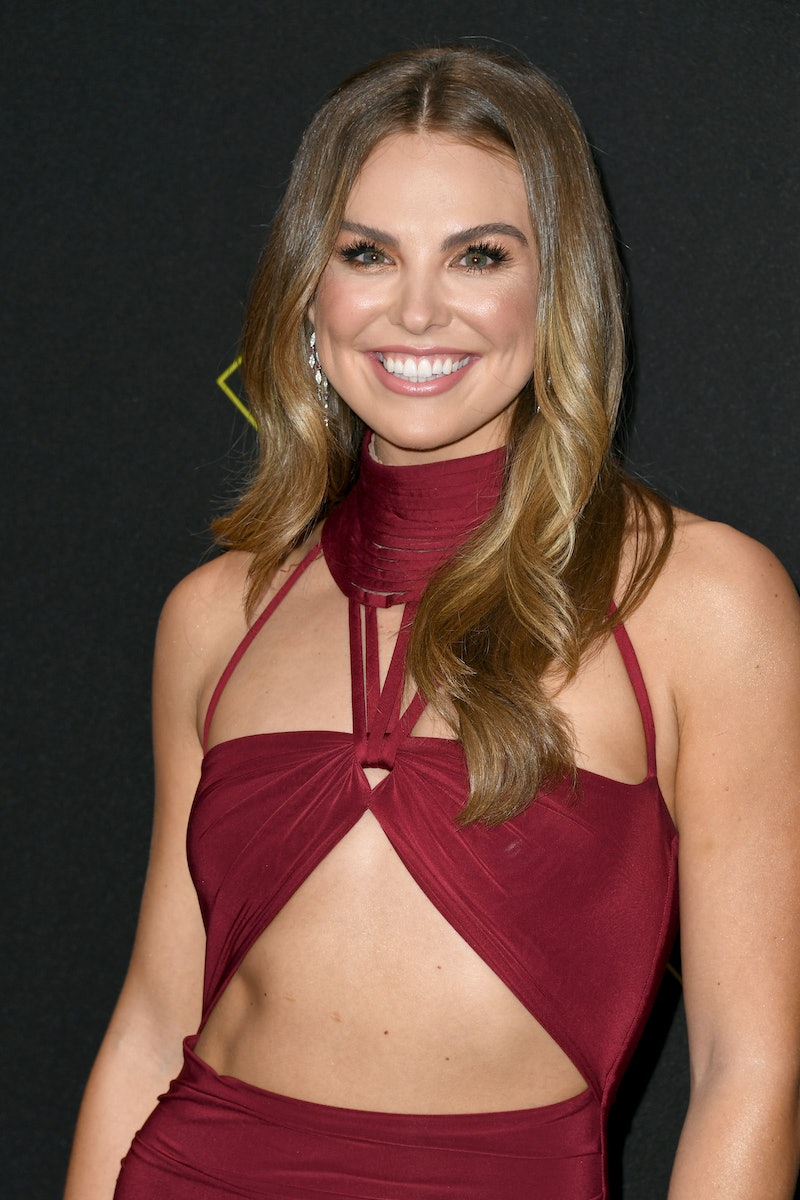 She may not have found lasting love on The Bachelorette, but that isn't stopping Hannah Brown from embarking on another journey to find her Mr. Right — even if it has to take place off-screen. During a recent Q&A session with fans on Instagram, Hannah B. revealed she's ready to start dating again and has officially put herself back on the market.

“You know, I definitely want to be in a relationship. I think I’m finally getting to the point where I can say that I could do that at this point in my life,” the former Bachelorette explained in the video. “I think I needed a little break and I definitely took that. " She was quick to note that she's not interested in casual dating, adding, "I’m gonna be single until it’s right. I don’t date around, really. You have to date people, but I date, like, seriously.”

Many fans hoped that quarantining with her Bachelorette runner-up Tyler Cameron in Florida may have been enough to spark a renewed romance between the two of them, but considering that she still labels herself as "single" these days, that doesn't seem to be the case. And she even went so far as to admit that, while she's friends with many Bachelor Nation members, she's not all that interested in diving into that particular dating pool. “I can date other people that are not on The Bachelor,” she stated. “Y’all are driving me crazy!”

However, Hannah B. does realize that trying to start dating while in the middle of a pandemic is no easy feat, which is why she's turning to her followers for some advice on how to meet new people while social distancing. “I am in a place where I’m ready to do that — to test the waters a little bit,” she said. “I want to know how some single people have been dating during quarantine. Has anyone done Zoom dating? Has that been a thing for you guys?”

Hannah's renewed interest in dating comes as somewhat of a surprise, given that she said in February that she was "not actively" looking for a relationship following her very public breakup with Jed Wyatt. "I'm not like, actively pursuing or looking for love," Hannah revealed in a separate Q&A session at the time. "I hope it just happens. I'm open to it." Now it seems like she's switching to a more proactive approach.

It can always be scary to put yourself back out there, especially during a national health crisis, but, given that she's participated in two reality dating shows, she's probably more than up to the challenge.

More like this
10 Photos Of The Wildest Limo Arrivals From 'The Bachelor' Premiere
By Brad Witter
'Bachelorette' Vet Clare Crawley Revealed Her Stunning Wedding Photos
By Stephanie Topacio Long
'Bachelorette' Vet Clare Crawley Unveiled 2 Special Wedding Day Accessories
By Stephanie Topacio Long
Hannah Ann Got Engaged 3 Years After 'The Bachelor' & The Proposal Was Dreamy
By Grace Wehniainen
Get Even More From Bustle — Sign Up For The Newsletter
From hair trends to relationship advice, our daily newsletter has everything you need to sound like a person who’s on TikTok, even if you aren’t.