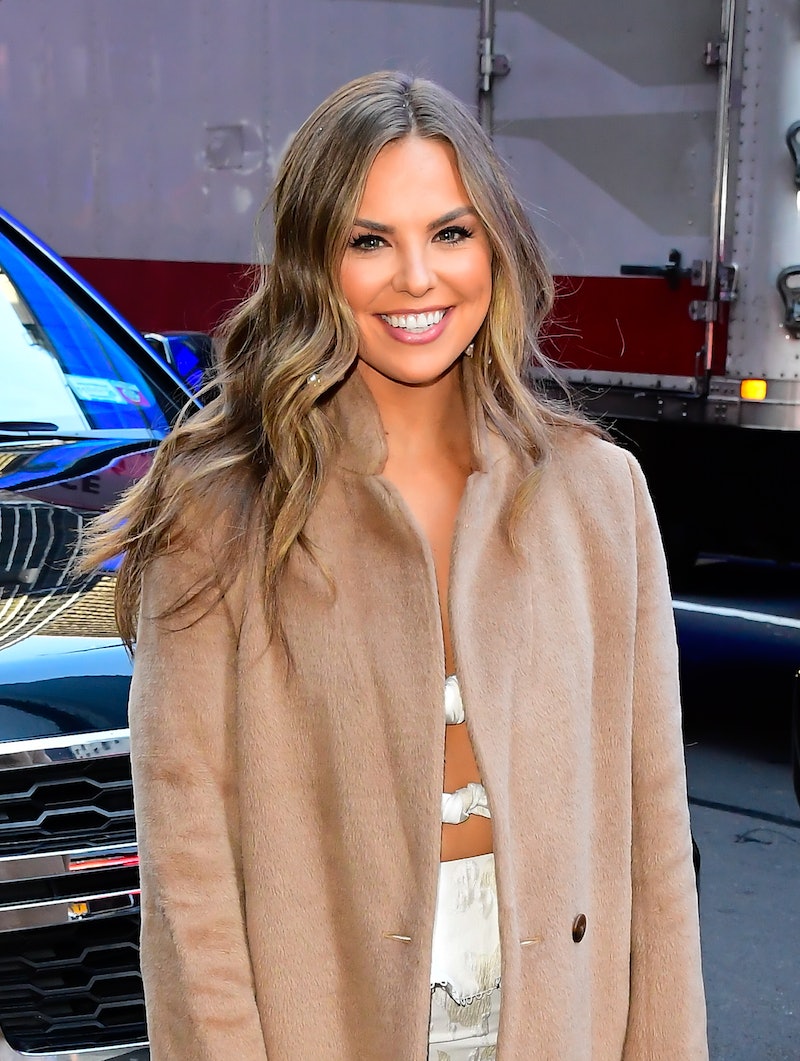 Hannah Brown is still on the search for love. Over the weekend, Brown shared her New Year's resolutions that might indicate a Bachelor spoiler for Peter Weber’s upcoming season of the ABC dating series. On her Instagram Stories on Friday, Brown shared snapshots of her “goals and intentions” for the new year handwritten in a journal that ranged from “keep dancing” to “get healthy!” On the second slide, the Dancing With the Stars winner wrote, "LOVE. I still want it. The real kind.” She added on the Instagram Story, “Intention setting for 2020. Feeling hopeful and grateful for the year to come.”

Could Brown’s resolution be a nod to Season 24 of The Bachelor? Set to premiere on Jan. 6, the new season will follow airline pilot Peter Weber on his quest for love. In a first look unveiled in November, Brown makes a surprise return to the series after her Season 15 stint on the Bachelorette. (While Brown ultimately chose (and later broke it off with) Jed Wyatt, Weber placed third in her cycle.) In the clip, Brown suggested that she still had feelings for Weber.

“I’m making decisions for my heart,” she said in the video. “Because I know there’s still something there. And I would do anything for a relationship.” Much to the shock of the other contestants, Weber then asked Brown, “What would you say if I asked you to come and be part of the house?”

While viewers will have to wait until the premiere to see what unfolds between Brown and Weber, Bachelor host Chris Harrison explained the decision to bring Brown back in an interview with Entertainment Tonight earlier this month. “There is some serious chemistry between the two of them that’s just undeniable,” he said. “It’s one of those things that, no matter how much you think you’re over somebody, when you see each other… it’s a thing.” Harrison added, “You will see her make a pretty big impression on the show.”

Along with her unexpected invitation to join the house, Brown will also host a group date in the premiere and prompt contestants to share sex stories and fantasies in front of a live studio audience. In an interview with ET in early December, Brown remained mum about any residual feelings for Weber and said of the new season, “You'll have to wait and watch in January. That's actually all I'm going to give."