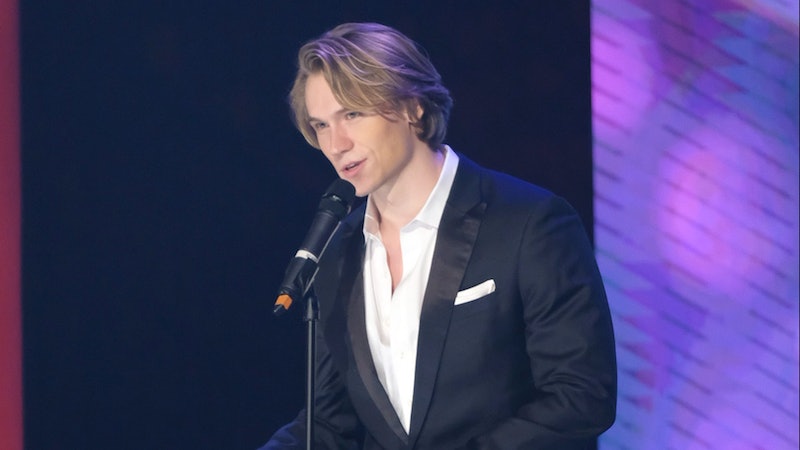 Hannah's choices on The Bachelorette have left more than a few fans confused: specifically, the choice to not send Luke P. home. But now that Hannah sent John Paul Jones home and kept Luke P. around? Fans have truly had enough — including a certain former Bachelor star.

We've already enjoyed some early speculation that JPJ will join the Bachelor in Paradise cast (pro Bachelor blogger Reality Steve reports he's on the shortlist). And Viall knows a thing or two about appearing on multiple Bachelor shows — in case you've forgotten, he was the runner-up on two seasons of The Bachelorette before taking a turn on Paradise — and then having a full Bachelor season of his own. No one's saying that's what's in store for John Paul Jones, but then again, given the massive public response to his brief turn on The Bachelorette, maybe someone should be. Most likely, Viall just wants to interview Jones on his podcast — but a girl can dream.

The biggest sting wasn't just that Hannah sent John Paul Jones home, but that she sent him home while keeping Luke P. around. Even if no one genuinely expected Hannah to end up with JPJ in the long run (frankly, he's more Paradise material), he'd done nothing to warrant being sent home so far. If Hannah wasn't feeling the chemistry, that's obviously reason enough — but compared to someone who has done plenty to warrant being sent home (ahem, Luke P.), it seems like an oversight.

Let's review, shall we? Luke P. has started fights with multiple men in the house (physically and otherwise), lied to Hannah's face, and creepily inquired about what she was wearing on a date with a different man. John Paul Jones, on the other hand, has coolly avoided conflict, maintained the handsome looks of a Disney prince, and — as one particularly astute tweet points out — affirmed his love of chicken nuggets at every possible moment. Think about it, Hannah: do you want to spend your days with an aggressive CrossFit enthusiast, or the affable, chicken nugget-loving goofball?

On the bright side, other fans of The Bachelorette seem to agree that we'll be seeing John Paul Jones in Paradise.

But mostly, viewers simply don't understand why someone like Luke P. could win out over the lovable JPJ — and they're using every pop culture reference in the book to make their feelings of frustration and disbelief known.

Hopefully, Hannah will come to her senses and send Luke P. home at some point in the near future. But either way, we'll have to wait until Paradise (hopefully!) to see John Paul Jones grace our screens again. Things may not have worked out with Hannah, but it's clear his legacy will live on with Bachelorette fans.