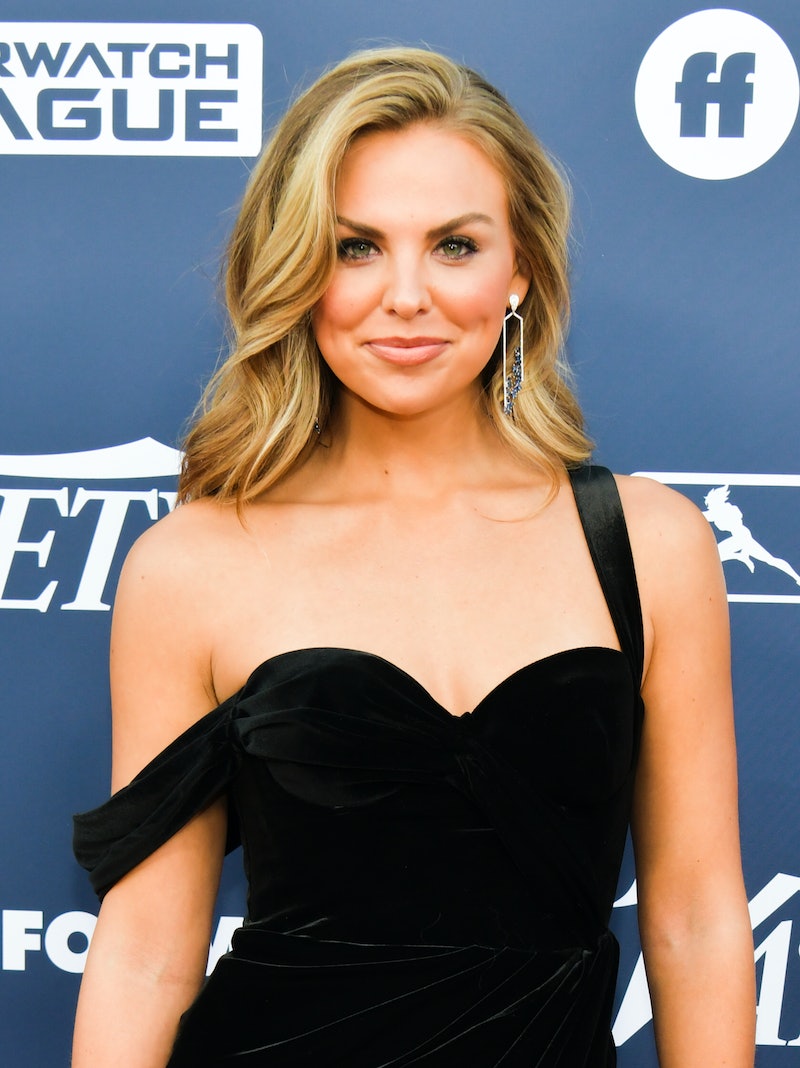 No matter what she's going through, Hannah Brown has always been open and honest about the way she feels, and now, that applies to her life after reality TV, too. On Monday night, Hannah shared an update on her life after The Bachelorette on Instagram, and even though she didn't get the happy ending that she hoped for — and life has thrown her some major curveballs — she's still being real about what her life is like right now.

Although Hannah did end up getting engaged to Jed Wyatt on her season finale, news that he may have had a girlfriend while filming the show ultimately ended their engagement. By the time After the Final Rose aired, Hannah and Jed were broken up for good, and Hannah seemed hopeful that she might be able to spend time with runner-up Tyler C. However, after they got that drink she asked him out for on ATFR, Tyler was spotted with Gigi Hadid, and it's hard to say where they stand now.

And between the roller coaster that has been her love life, moving to LA, and coming down from all the attention she received as The Bachelorette, Hannah is now admitting that she's "struggling."

Honest policy: I’m struggling. Life is so different. Since last August, I’ve been a pageant queen, a bachelor contestant, and the Bachelorette. I’ve been in love with multiple people, I got engaged, I broke off an engagement, and I shared it all with millions of people. My faith has been questioned by thousands who don’t know my heart, and my transparency with my decisions has labeled me promiscuous. Simultaneously, I’ve become a role model for young women and started bigger conversations around faith, and sex.

She went on to say that living on her own and being given so much press attention has made her life "explode," and she's not around the people who know her best to help her through it anymore.

But just because she's having a hard time right now doesn't mean she isn't thankful for the experience or proud of herself for who she is — it's just hard for her to process it all, which makes sense. Being on The Bachelor, and then being the star of The Bachelorette, and then having her relationship with Jed play out the way it did, is a lot — and that only seems to be part of what she's tackling right now.

"I am not complaining about this past year of adventures. The woman who has emerged would shock the mirror-image young girl from a year ago," she said. "I have so many blessings to be thankful for. However it’s uncharted territory for me, and it’s been hard to really process what the heck is going on."

Hannah also said that she was writing this post to remind her followers that they are human, and she hoped that reading it would remind them the same about themselves. She added:

Maybe I needed write this out to remind myself I’m human and it’s okay to be overwhelmed. And maybe, I just needed to remind you guys too. Life is beautiful, but wild. I think it’s okay to be strong-to know you’re strong-but to still feel weak simultaneously. I believe that’s when the magic happens. My spirit has opportunity to grow and blossom from this place. Healing and restoration can happen.

Hannah ended her post by opening up about her faith — something that she's discussed openly since her Bachelor days. "I can rest knowing that My Savior has compassion and wants to help and love me through this journey," she wrote. "I’ve just got to let Him."

It's hard to imagine what Hannah must be going through right now, but it sounds like she's handling things as well as she could be. Like she said, it's OK to be overwhelmed, and there's no doubt she'll find her way soon. And when she does, fans know they'll see Hannah Beast back in action once again.