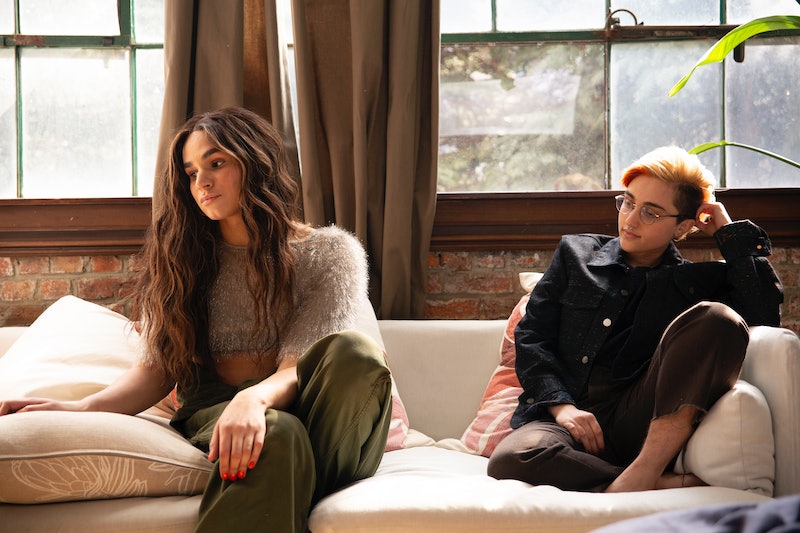 When you're in a happy and healthy relationship, you for sure still have arguments with your person, even if you gently call those arguments "disagreements." But whatever you call your disagreements with your romantic other, science says that it's not about if you have conflicts in your relationship that matters — it's about how happy couples argue that keeps them happy.

And it found that couples were happier when both people shared an definition of which issues were most and least important to them. For the couples in the study, the most important issues tended to be intimacy, communication, household issues, and leisure, while the least important issues tended to be family, jealousy, and religion. Significantly, the study found that couples who described themselves as happy focus on discussing problems with simple solutions (such as a division of labor in the home or what to do with time off from work).

Happy couples tended to stay away from more intractable issues, however. Choosing not to focus on issues that cannot necessarily be changed, such as family and religious issues, tended to make the participants happier in their relationships, the study said. And topics that these couples tended to completely avoid were issues of physical intimacy, because of the potential conflict that comes from bringing up sexual issues that might make their partner feel less competent or more embarrassed.

However, studies that focused on queer couples have found that communicating intimately and openly about thornier issues like minority stress, family pain, discrimination, and violence from the outside world is a necessary part of forming happy and healthy long-term romantic relationships. According to a 2019 study published in the Journal of Family Psychology, when queer couples communicate about difficult issues early on, they can process their struggles together rather than separately. That communication, the study concluded, makes the foundations of their relationship stronger. And a 2016 study published in the Journal of Homosexuality concluded that queer couples that openly communicate with each other about issues like legal protection and social validation were more likely to form healthy long-term relationships.

And while according to the new study in Family Process about happy straight couples' communication, it's better for couples to avoid talking about physical and romantic intimacy, queer couples often regard talking about sex as a norm. Sure enough, a 2016 study published in the Journal of Marriage and Family concluded that queer couples often prioritize the emotional labor of communicating about intimacy and boundaries, which the study found lead to much healthier, more sustainable relationships. And especially when one or more people in a romantic relationship are trans, there is often up front and open communication about expectations, intimacy, and boundaries, according to a 2017 study published in the journal Michigan Family Review.

These pieces of context are especially important, given that education for couples counselors and therapists often only offer white, cisgender, heterosexual perspectives, according to a 2015 study, also published in the journal Family Process. The study concluded that a queer-inclusive understanding of relationships, intimacy, and communication can dramatically improve the health of relationships for all people, not just queer folks. So when you're thinking about how to communicate best in your relationship, it might help to keep in mind that openness about tough and intimate issues helps queer folks in relationships all the time. It might help you, too!

More like this
I Spent 2 Years Trying TikTok’s Dating Advice
By Kailynn Johnson
Here’s What Happens To Bill & Frank In 'The Last Of Us' Video Game
By Brad Witter
5 Signs You Have A Toxic Relationship With Yourself
By Lexi Inks
How Ovulation Affects Your Sense Of Smell, Libido, & More
By JR Thorpe and Lexi Inks
Get Even More From Bustle — Sign Up For The Newsletter
From hair trends to relationship advice, our daily newsletter has everything you need to sound like a person who’s on TikTok, even if you aren’t.