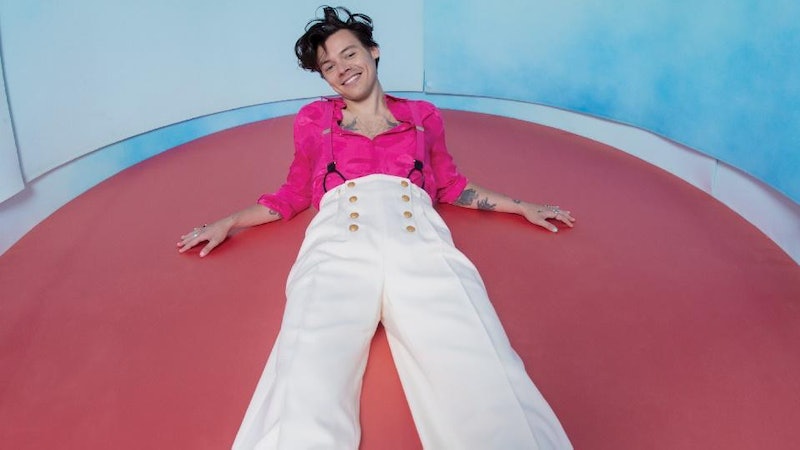 Get ready to go wild because Harry Styles has just announced he's doing a world tour. Yes, that's right, we all are in with a chance of seeing this curly haired angel live on stage. Be still my beating heart.

Styles shared the news that his 2020 tour, titled Love On Tour, will be in support of his hotly anticipated new album, Fine Line. The massive tour, which features support act King Princess, will kick off on April 15 2020 in the Birmingham Arena and will be followed by shows in Sheffield, Dublin, Manchester, and Glasgow. After his UK and Ireland dates, Styles will be hitting up Europe, North America, South America, Asia, and Australia. His final gig will be in October 2020 in Mexico.

Tickets for the huge tour will go on sale to the general public for all dates on Friday, Nov. 22, 2019, at 10 a.m. GMT via Ticketmaster. It has also been revealed that a contribution per ticket will be donated to various local charities. Which, I don't mind saying, is a truly lovely touch.

As an extra special treat for the UK and Ireland tour dates only, any stans who have pre-ordered Fine Line on the official Harry Styles UK online store by 5 p.m. GMT on Nov. 17, 2019, will get priority access to buy tickets.

Oh my days you guys, did he just break the internet? TBH I'm pretty sure he already did that with the release of his latest song, Lights Up. The catchy AF track is box fresh off his Fine Line, which is out on Dec. 13, 2019, and is sure to be wrapped and ready under countless Christmas trees across the globe.

Styles has gone from strength to strength as a solo artist and this new album and tour are sure to be a success. And the fans are pretty darn likely to go as bonkers as they have done in the past at his solo gigs and his ones alongside his former bandmates in One Direction.

All I'll say is expect bras to be thrown.