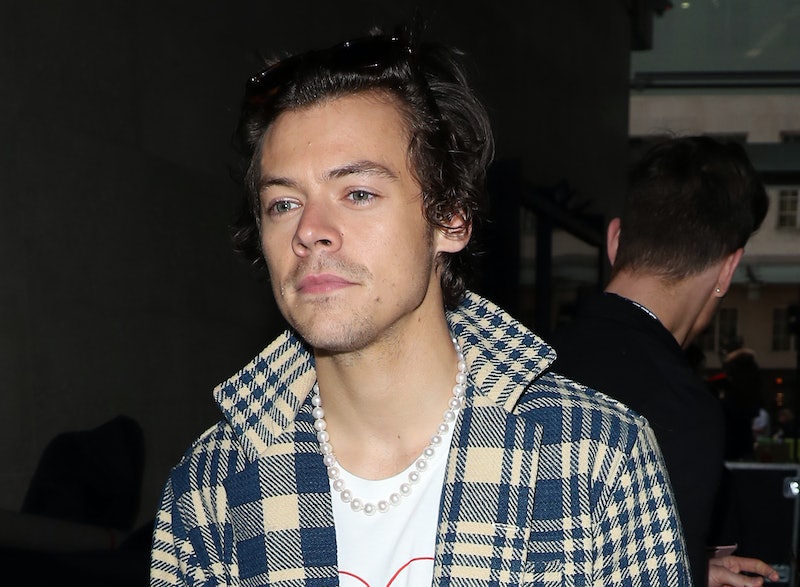 Most of us have wondered at least once what it would be like to be a celebrity. You could dine at the world's most exclusive restaurants, jet off on the most amazing holidays, and attend parties with A listers. Sounds pretty dreamy, right? Recently some stars have shown just how opulent the lives of the rich and famous really are as Harry Styles left a $2,020 tip after dinner while on holiday with fellow celebs Adele and James Corden.

The trio are reportedly holidaying in Anguilla together at the moment and have really given one restaurant worker the perfect start to 2020. People has reported Styles left a $2,020 tip on a $472.50 bill. That is seriously taking generosity to a new level. The employee took to Instagram on the account @morrocanpython to share a photo of the bill, with the caption, "big ups to @harrystyles for taking care of Mr Big Life!" Styles even wrote a note on the bill saying, "happy new year." I mean seriously, is there any better way to start 2020 than with a huge bonus?

The caption continues "@donniewahlburg you got the second worldwide response from Harry Styles all the way from St Thomas Virgin Islands with @j_corden and @adele. Happy new year guys!" This is a reference to when Jenny McCarty uploaded a photo of her bill showing that her husband Wahlberg had tipped a waitress at IHOP $2,020 on a $78 bill. 2020 really is the year of giving.

Not only did the employee get 2020 off to a pretty fantastic start, but he also managed to get a couple of photos with Styles and Corden. One photo shows the two stars joined by three fans, with the caption "great night with @j_corden and @harrystyles. Salud!" The other shows Styles and one other person with the caption "@harrystyles being the best person he can ever be... @j_corden photobombing!??? For real?"

What a way to begin the decade.