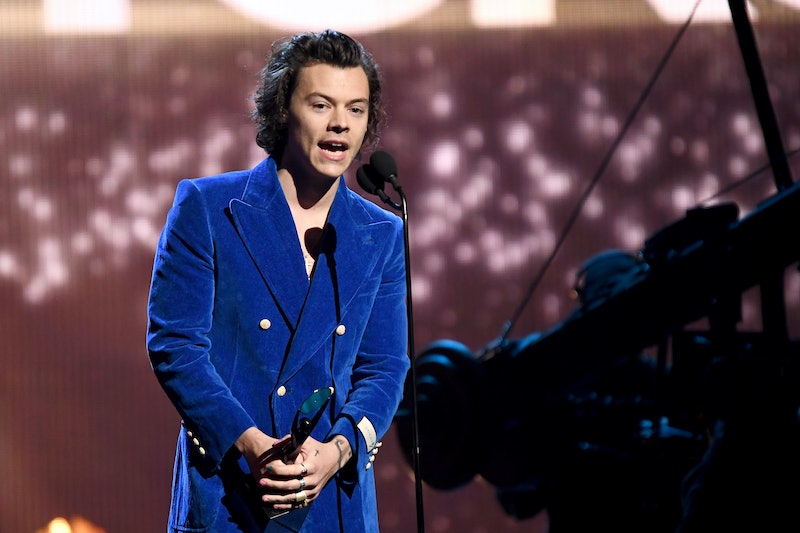 A former One Direction bandmate might soon romance Ariel. According to reports, Harry Styles might be playing Prince Eric in The Little Mermaid live-action remake. Variety and The Hollywood Reporter have reported that Styles is “in early negotiations” to depict the dashing prince in director Rob Marshall’s adaptation. If cast, the singer and actor would star opposite Halle Bailey, one half of the Chloe x Halle musical duo, who has recently been cast as Ariel. Melissa McCarthy may also join the "poor unfortunate souls as Ursula," according to various reports.

The live-action The Little Mermaid will include original songs from the 1989 animated classic. Additionally, the film will feature new tracks from original composer Alan Menken (who wrote classic tracks such as “Under the Sea,” “Part of Your World” and “Kiss the Girl”) with lyrical stylings by acclaimed Hamilton creator Lin-Manuel Miranda.

If these casting reports are true, The Little Mermaid wouldn’t mark Styles’ first foray into the realm of film: The musician appeared in the 2017 Christopher Nolan war film Dunkirk. Additionally, the British actor was reportedly on the shortlist to depict Elvis Presley in Baz Luhrmann’s upcoming musical biopic. However, the role ultimately went to Austin Butler.

In July, The Hollywood Reporter reported that Crazy Rich Asians star Awkwafina and Room actor Jacob Tremblay had been cast as seagull Scuttle and guppy Flounder, respectively. Shortly after, Bailey was officially cast in the titular role of Ariel. In an official statement, director Marshall said of the casting choice, "After an extensive search, it was abundantly clear that Halle possesses that rare combination of spirit, heart, youth, innocence, and substance — plus a glorious singing voice — all intrinsic qualities necessary to play this iconic role."

On social media, the grown-ish star confirmed the news with an animation of a Black Ariel. Bailey wrote that the role was a "dream come true."

Shortly after her casting, Bailey faced racist backlash from internet trolls who contended that Ariel should be light-skinned with red hair. Following the controversy, Jodie Benson — who voiced the original Ariel in the 1989 animated classic — defended the young actor. Per USA Today, Benson said to fans at Florida Supercon, "I think the most important thing is to tell the story. We have, as a family, raised our children and for ourselves that we don’t see anything that’s different on the outside. I think that the spirit of a character is what really matters. What you bring to the table in a character as far as their heart and their spirit is what really counts.”

"We need to be storytellers. And no matter what we look like on the outside, no matter our race, our nation, the color of our skin, our dialect, whether I’m tall or thin, whether I’m overweight or underweight, or my hair is whatever color, we really need to tell the story.”

Who cares about hateful internet trolls when you've got the original Ariel on your side, anyway? A release date for The Little Mermaid live-action has yet to be confirmed, but production is rumored to begin in April 2020. With Styles "in negotiations" for the role of Prince Eric, fans are no doubt dreaming of a "Sign of the Times" and "Under the Sea" mashup.