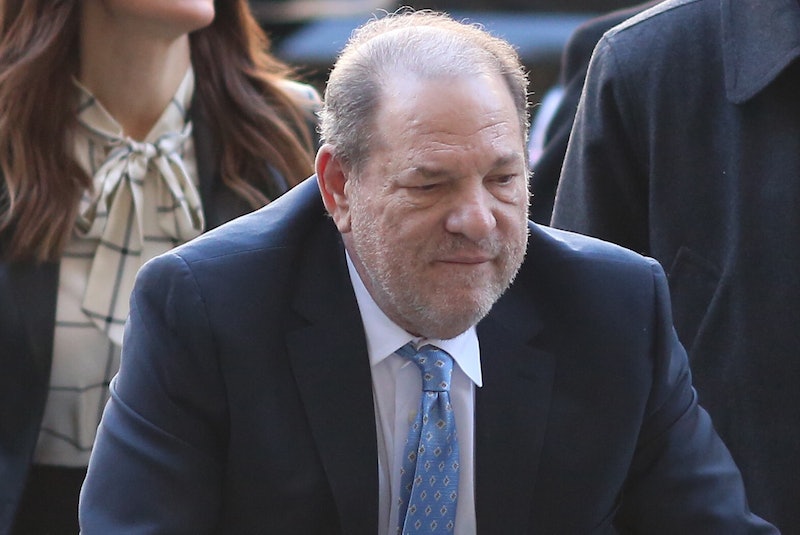 The convicted rapist Harvey Weinstein has tested positive for coronavirus. Following the issuing of his 23 year jail sentence on Feb. 23, he is being held at Wende Correctional Facility in Alden, New York. Two other inmates have reportedly contracted the virus, according to the National Post.

Michael Bowers, president of the New York State Correctional Officers and Police Benevolent Association, told the outlet that he learned "that the test came back positive on Sunday morning" (March 22). However, one of Weinstein's lawyers, Imran Ansari, informed the Post that they hadn't been told of Weinstein's diagnosis. "Given Mr. Weinstein's state of health, we are of course concerned, if this is the case, and we are vigilantly monitoring the situation," Ansari stated.

Bowers also stated that "several staff have been quarantined", as they are lacking "proper protective equipment." He also stated that "with each confirmed case, the Department of Corrections works with the Department of Health to identify potentially exposed people. As CNBC reports, the United States as a whole is in need of more protective equipment for its "frontline health-care workers" and those working in places with a high volume of people, such as the prison system.

"If we are not provided with the specific masks and hand sanitisers we need, if we are not changing how new intakes are being admitted, if we are not putting the safety of our members first, then this crisis will grow worse with each passing day," Elias Husamudeen, president of New York City Correction Officers' Benevolent Assocation said in a statement via CNN Politics. "Give us the help we need now!"

On March 17, prosecutors across the country signed a joint statement "imploring officials to order" releases of inmates who cannot "afford cash bail, those held on probation violations and nonviolent prisoners" who are at a greater risk to catching COVID-19. "We must act now to reduce the existing detained populations and incarcerate fewer people moving forward," Miriam Krinsky, the executive director of Fair and Just Prosecution, said in a statement.

"In doing so, we can no only help to reduce the spread of infection, but also bring home people who are no longer present a safety risk to their communities."