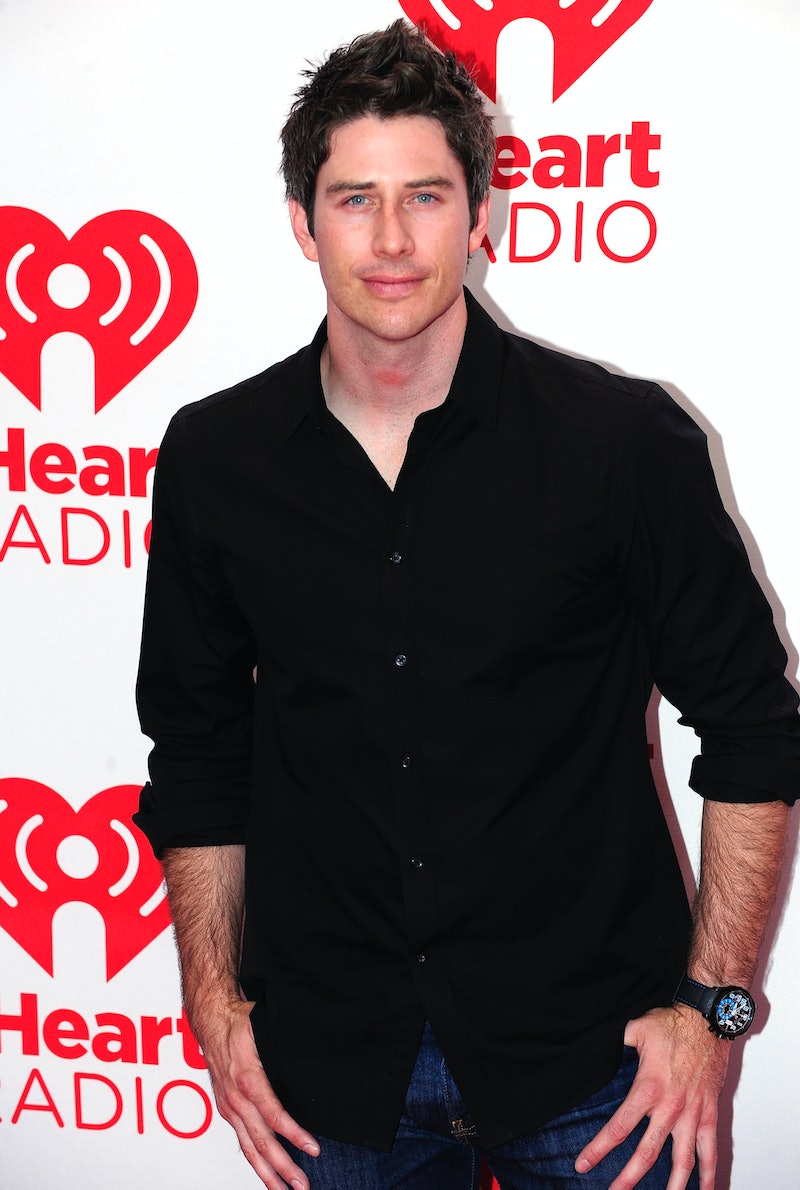 With the sudden news that Arie Luyendyk Jr. is the new Bachelor, it's worth noting who Arie's dated since Bachelorette Season 8. This is a show about love, after all. Well, as you may or may not know, the runner-up in Emily Maynard's season has had his eyes on more than one Bachelorette over the years.

After losing in the competition for Maynard's affections to Jef Holm in the season finale, Luyendyk Jr. seems to have wasted no time at all moving on to the next available Bachelorette. He reportedly started dating Bachelor Season 16 winner, Courtney Robertson, in October 2012, just one week after things went south in her romance with Ben Flajnik, according to People. The pair later called it quits in January 2013. Us Weekly indicates that Luyendyk Jr. then entered a brief fling with Season 17 contestant, Selma Alameri, the following month. With that kind of track record, it's safe to say that the former Indy 500 racer may sort of have a thing for Bach contestants.

Aside from the franchise, Luyendyk Jr. also managed to find love on the racetrack when he began dating Arizona-based sports reporter, Jenna Jones, after meeting at a racing event. He revealed to PopSugar that the two immediately hit it off and began living together.

He first confirmed the relationship back in early 2015 via Twitter by professing his admiration for Jones under a photo. Wetpaint indicates that he highlighted the post with the caption, "I'm one lucky man.. My #wcw." He later posted a snapshot on Instagram of the brunette radio sportscaster planting a kiss on his cheek.

It's unclear exactly when the pair called it quits, because Luyendyk Jr. opted to be more confidential with his love life in light of his past experiences. Citing his split from Alameri, he told Us Weekly,

"I just want to keep my relationships private in the future. That's the reason Courtney and I split up and I probably should have learned from that, but hindsight is 20/20 and I'm happy to move forward and have a private relationship."

There's also evidence of a relationship with a woman who goes by the name of Giustina Lee. The pair seemed to have been good terms as recently as Sept. 2016, according to Twitter posts from the model's social media handle.

However, it seems that Luyendyk Jr's newly minted Bachelor status doesn't quite sit well with his ex-flame. Lee reacted to announcement via social media, saying that she was "more embarrassed than sad" upon receiving the news. Yikes.

Now that Luyendyk Jr. is officially back on the market, it seems that he's ready to make his dating life public once again as fans will get to watch the now 35-year-old race car driver give love another try. With his infamous "kissing bandit" reputation, you can almost bet that he'll have no issues in the romance department during his upcoming stint on Bachelor Season 22.