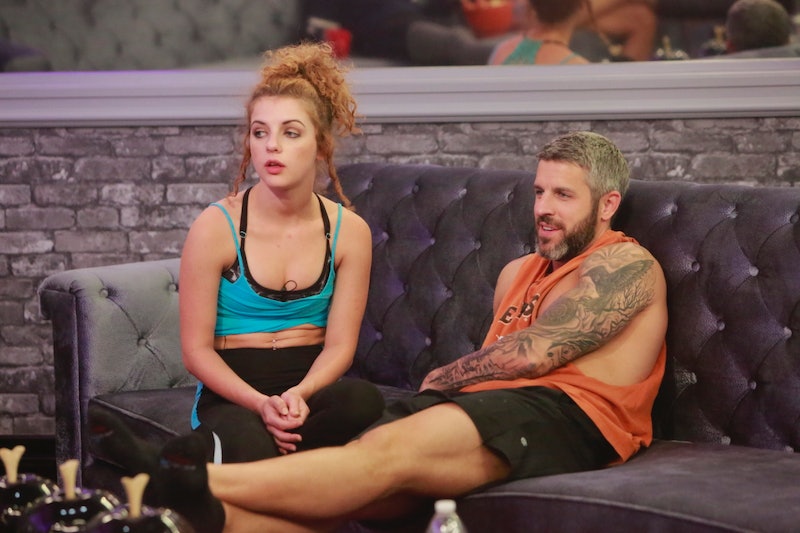 After a month in the Big Brother 19 house, nearly half of the house is made up of people in a showmance. These three showmances have dominated the season, and include the power couple of Cody and Jessica and the sly duo of Elena and Mark. While those four have been deeply ingrained in the game so far, the remaining showmance has been enjoying their time in the background. Raven and Matt seem to be focusing mostly on enjoying their time in the house together. With so much down time in the house, it's not surprising to hear houseguests talking about how Raven and Matt hooked up in the Big Brother house. But is it true, or are the houseguests making up stories?

Raven and Matt's showmance has not been as physical as Cody and Jessica's, but the two may have taken their showmance to the next level while the cameras weren't rolling. Jessica recently claimed that she overheard Raven and Matt getting physically intimate one evening. However, despite the cameras being on 24/7, there is no footage of the showmance participating in any kind of under-the-covers action.

Matt and Raven having sex in the Big Brother house wouldn't be a surprise to anyone in the house or any viewers. The two have been a showmance since the earliest episodes of the season, and they would be far from the first couple to have sex in the Big Brother house. What's surprising is that if they have had sex, Jess has been talking about it far more than either Matt or Raven have. (Bustle reached out to CBS for comment on the talk about Matt and Raven allegedly having sex, but did not receive a response.)

There is, of course, a chance that they haven't hooked up and that misinformation is making its way around the house. They could if they wanted to, but they may just be waiting until they're not on camera all the time. It's possibly that Jess is making this story up, but why would Jess lie about Matt and Raven having sex? On the other hand, Jess could have easily misheard a few grunts and sighs and jumped to conclusions. There is no conclusive evidence that Matt and Raven have consummated their showmance, but the summer is still young.

As long as Matt and Raven are flying under everyone's radar, they'll still be able to share plenty of time. The ideal option for these two would be to get far enough that if evicted, they'd both end up in the jury house. That way, if they don't win the final prize they at least have a few weeks in a house together away from constant surveillance.