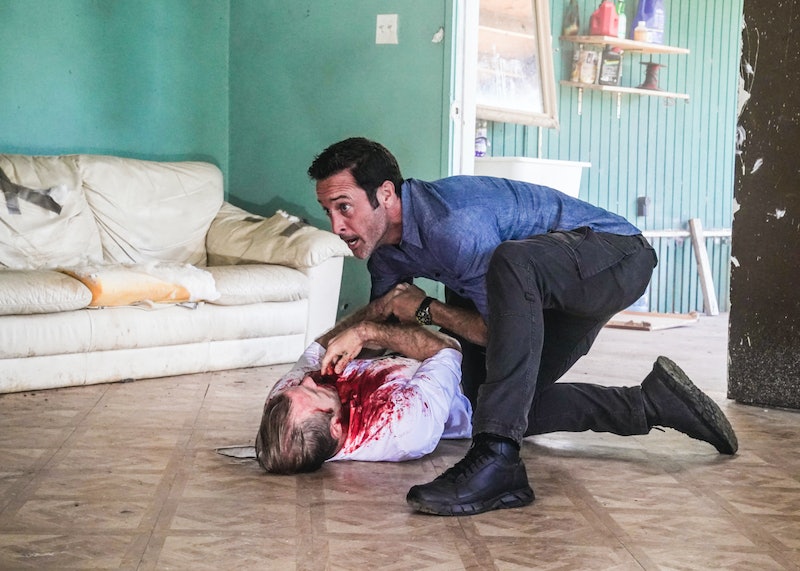 After 10 seasons and significant cast shake-ups, the Hawaii Five-0 task force is finally calling it quits. In a two-part finale that concludes April 3, Lieutenant Commander Steve McGarret and Detective Danny Williams’ time fighting an improbable number of terrorists across the tiny island of Oahu will come to a close. Fortunately, early notification that CBS would not be renewing the series gave producers some time to bring this last decade of crime-fighting to a satisfying end. In a recent interview, showrunner Peter Lenkov assured disconsolate fans that the finale “checks every box with regards to what this show has always been about, which is family, which is about a connection between these people.”

This year is not the first that the show’s future was in question. Most notable was the very public contract dustup after Season 7, which saw the show’s stars of Asian descent Daniel Dae Kim and Grace Park quit their roles. The series’ white stars, Alex O’Loughlin who plays McGarret and Scott Caan who plays Danno, were revealed to be making 10 to 15% more per episode than Kim and Park. When CBS failed to close that wage gap, the characters were hastily written out during the show’s summer hiatus.

Since then, the series brought on three new non-white stars and ratings have held steady, according to a TV Line analysis. But one possible complicating factor in continuing for an 11th season could be the ongoing health problems of series lead O’Loughlin, whose contract was expiring. Over the past few years, the Australian actor has been candid about the physical toll the action show was exacting from his body. He’s received stem cell treatments for a back injury incurred on set. “I defy anybody to do what I’ve done for as long I’ve done it and hold out the way I have,” O’Loughlin said after wrapping Season 8. “I was a fit, strong, healthy guy when I started the show, and I still am, but you sustain what you sustain.”

Fans, of course, have been vocal about being denied their weekly glimpse of paradise. To them, all Lenkov could offer as solace was his promise that the series, driven by the screwball partnership of McGarret and Danno, would come to a perfect bromantic conclusion. “It’s got big action, it’s got some big surprises and twists, but most of all the thing is really rooted in heart, which has been a big ingredient that has played in this show since the beginning.”

More like this
Hulu’s Mike Tyson Series Is Unlikely To Return For Season 2
By Brad Witter
Kathy Hilton May Not Return To 'RHOBH' — At Least Not Full Time
By Jake Viswanath
Here’s When 'Love Is Blind: After The Altar' Was Filmed, Because It’s Hard To Keep Track
By Grace Wehniainen
Mike Flanagan Teases 'The Midnight Club' In This Exclusive, Creepy Clip
By Grace Wehniainen
Get Even More From Bustle — Sign Up For The Newsletter