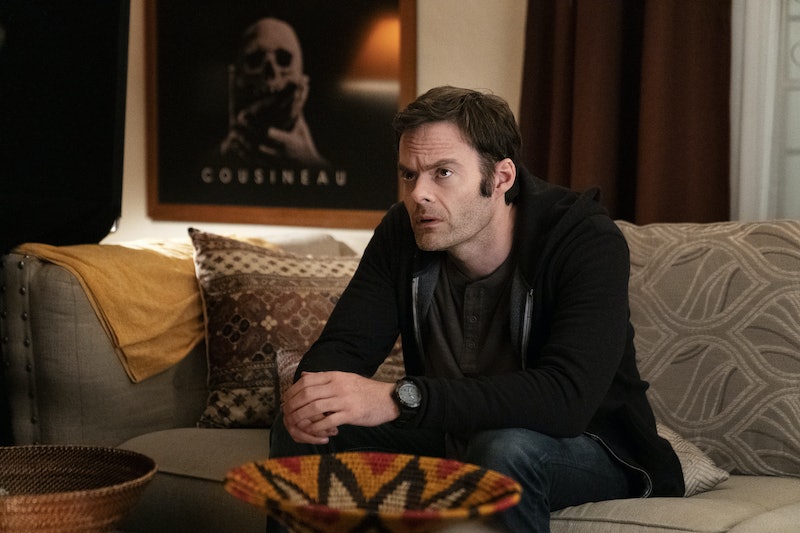 If you've been meaning to see why so many TV fans can't stop talking about Barry, now's your chance to catch up without subscribing to another streaming service. Starting Friday, Apr. 3, HBO is making lots of shows and movies free for a limited time. The goal is to encourage people to continue practicing social distancing by staying inside to watch a good movie or series.

All total, HBO will make almost 500 hours of its programming free on HBO Now and HBO GO without a subscription. The free shows include Seasons 1 and 2 of Succession, Seasons 1 and 2 of Barry, and every episode of classic series like Veep, Six Feet Under, and True Blood. As far as movies go, viewers will have plenty to choose from, including films for the whole family. Among the free titles are Crazy, Stupid, Love, Pokémon Detective Pikachu, and The Lego Movie 2: The Second Part. If you're more into true crime and documentaries, HBO will have a free selection of those, too, including The Case Against Adnan Syed and McMillion$.

In order to access HBO's selection of free titles, all you need to do is download the HBO Now or HBO GO app, or visit the corresponding sites. All of the programs will also be available "for free via participating distribution partners' platforms," as reported by Deadline.

HBO is just the latest entertainment service to offer free content for viewers who are staying home to prevent the spread of COVID-19. Other services offering free trials or content include Shudder (use the code "SHUTIN" for 30 days free), Acorn TV ("FREE30"), and Sundance Now ("SUNDANCENOW30"). Showtime is also offering a 30 day free trial for new subscribers who sign up before May 3. Meanwhile, cable subscribers can enjoy special themed movie marathons on Freeform throughout April.