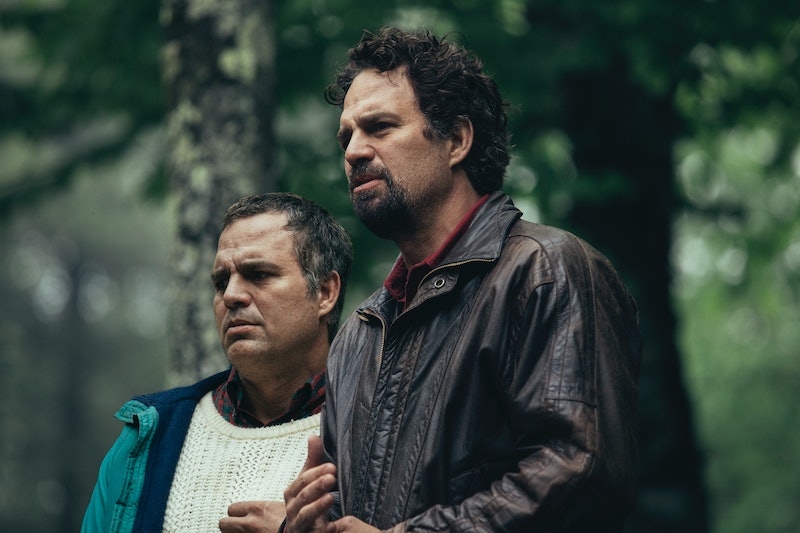 Two Ruffalos are better than one. Pulling double duty, Mark Ruffalo will play twins in HBO's I Know This Much Is True, a limited drama series slated to premiere in April. Ruffalo's identical brother characters, Dominick and Thomas Birdsey, will be at the center of the "family saga that follows their parallel lives in an epic story of betrayal, sacrifice and forgiveness set against the backdrop of 20th-century America," per a Jan. 15 HBO press release.

The premium network further previewed the adaptation of Wally Lamb's 1998 novel of the same name, adding that subscribers can expect to see the Marvel actor portray Dominick and Thomas "beginning in their present with both brothers approaching middle-age" and that the series will also be "filled in with Dominick’s flashbacks to their young adulthood."

During a Jan. 15 Television Critics’ Association panel, Ruffalo — who will also executive-produce the series alongside writer and director Derek Cianfrance (The Place Beyond the Pines) — revealed he gained 30 pounds to play one of the twins, according to Variety. Explaining that Thomas has a mental illness for which he has to take "stabilizers and antipsychotics," which cause him to put on weight, Ruffalo said he shot his scenes as Dominick first before spending five weeks gaining weight to play Thomas.

"There's an element of mental illness in this project and you want to be as honest as you can to that, and it means a lot to me to be honest to that which means going into that world and getting to know it and getting comfortable with it," Ruffalo added at the TCA event in Pasadena, California, per Variety. "I was really afraid to play it, I think it's a really an important issue and I want to tell it as honestly as possible, the responsibility of playing it was really apparent to me."

In terms of the difference between the two brothers, Ruffalo also shared that Dominic is much more "bound to our ideas of manhood and masculinity," while Thomas is more "sensitive and open" because he relates more with his mother, Concettina Ipolita Tempesta Birdsey, who will be played by Oscar winner Melissa Leo.

Also in the I Know This Much Is True cast: Rosie O'Donnell as Lisa Sheffer, a social worker at the institute where Thomas is staying; Archie Panjabi, as Thomas' psychologist Dr. Patel; Imogen Poots, as Dominick's live-in girlfriend Joy Hanks; Juliette Lewis, as self-absorbed grad student Nedra Frank, and Kathryn Hahn, as Dominick's ex-wife Dessa Constantine.

A specific April premiere date is yet to be announced, but with all that star power, viewers can likely expect a masterclass in dramatic acting.

More like this
'The Crown' Season 6 Has Suspended Filming "Out Of Respect" For The Queen's Death
By Bustle Staff
'GoT' Star Emilia Clarke Says She "Just Can't" Watch 'House Of The Dragon'
By Brad Witter
The Black Lotus Staff Has "Had Enough" In The 'White Lotus' Spoof From 'SNL'
By Brad Witter
Here’s Why Danny Masterson’s Hyde Isn’t In 'That '90s Show'
By Brad Witter
Get Even More From Bustle — Sign Up For The Newsletter
From hair trends to relationship advice, our daily newsletter has everything you need to sound like a person who’s on TikTok, even if you aren’t.