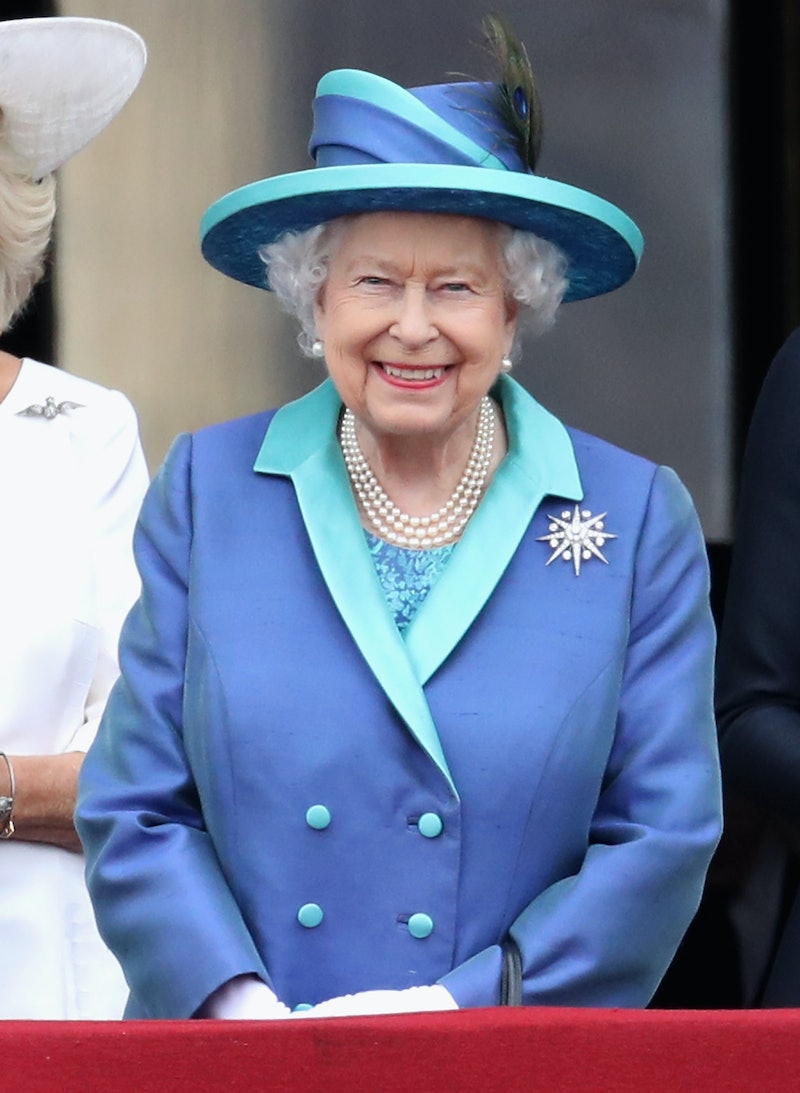 With the world's obsession with the Royal Family now at an all time high thanks to recent marriage of Price Harry and Meghan Markle, HBO is bringing forth a Queen Elizabeth II documentary that will bring you closer to her Royal Highness than ever before. Queen of the World, which, according to Deadline on Sept. 12, was commissioned by the UK’s ITV will premiere on the cable network on Oct. 1 – and it's certainly something that royal fans are not going to want to miss. Deadline indicated that the hourlong doc will offer unique insight into Her Majesty’s role on the global stage, while giving a special glimpse into her relationships with other members of the Royal Family including; Prince Charles, Camilla Parker-Bowles, Princess Anne, Prince William, Kate Middleton, Prince Harry, and Meghan Markle.

Queen of the World seeks to offer some particularly intimate moments with the royals by using footage from the Queen and the Duke of Edinburgh’s private film archives and treasures of the Royal Collection in its narrative. According to Broadway World, the documentary will share an unique perspective on The Queen's beginning years as Head of the Commonwealth after she ascended to the throne at the age of 25. During that time, her territorial nations included eight Commonwealth countries, which she bore symbols of on her Coronation gown in 1953. That number has since then risen to 53, which was marked during Harry and Meghan's nuptials, with the Duchess of Sussex wearing a representative number of flowers embroidered on her wedding veil at the ceremony.

This is by far the only documentary showcasing the behind-the-scenes lives of royals. However, the details indicate that it may turn out to be one of the most personal stories to come from the the monarchy in decades. In 1969, the Royal Family documentary, which allowed BBC cameras to follow the family for 18 months, was shown in the U.K. and later shelved post-airing after the Queen felt that it was a bit too intrusive, according to Express. Daily Mail reported that the two hour documentary and its 38 hours of unedited footage have remained under lock and key in the Royal Archives at Windsor for the past four-plus decades since.

The Queen of the World project debuts less than two months after ABC's two-night special titled The Story of the Royals, which, according to ABC's website, sought to capture "the mystique of the monarchy through its many loves, losses, extravagances, challenges and charms."

The forthcoming royal story is produced by Oxford Films for the U.K.'s ITV network, which appears to be a production company that the family is both comfortable and familiar with. Oxford Films was also responsible for bringing forth the 2017 documentary, Diana, Our Mother: Her Life and Legacy, which was commissioned by Prince William and Prince Harry to mark the 20th anniversary of the death of their mother, Diana, Princess of Wales.

The royals seem to ushering in a new era, taking on a more progressive and modern approach, particularly with Harry and Meghan's recent wedding. That said, Queen of the World and its narrative could provide a closer look into some of the aspects of their newly updated lifestyle.