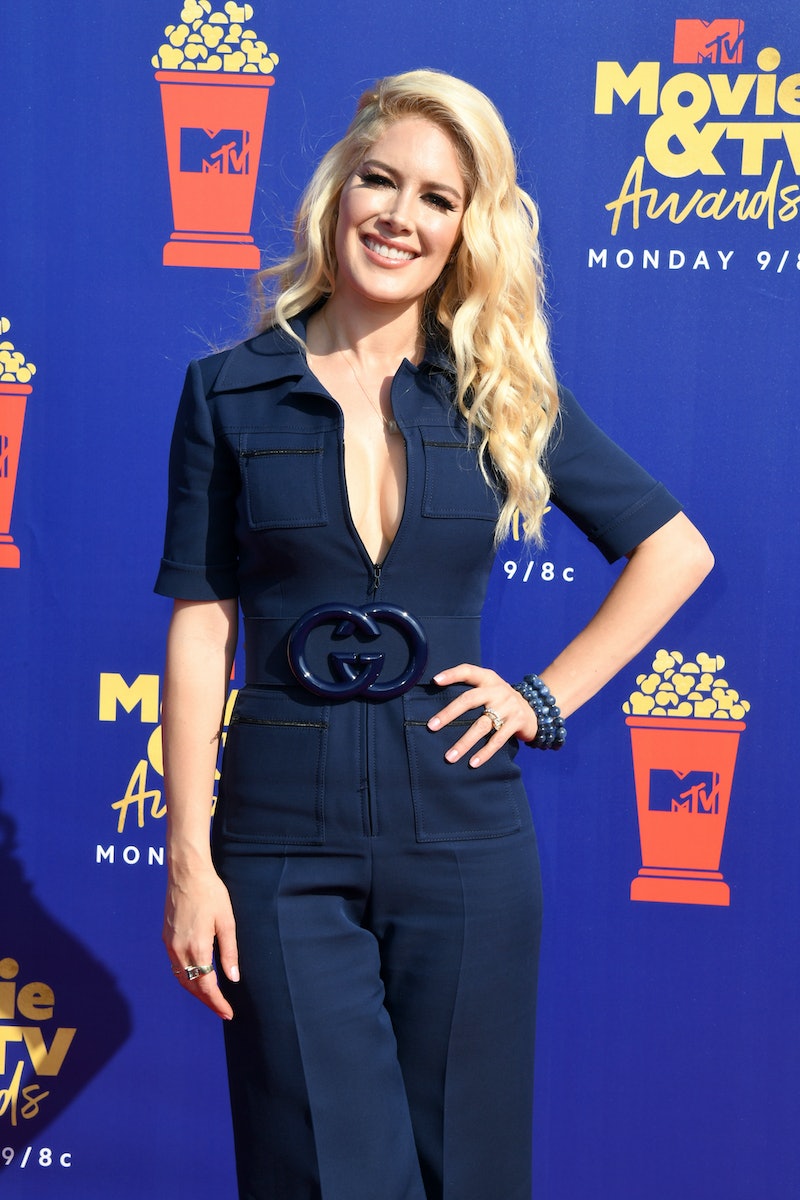 The Hills: New Beginnings isn't just about reigniting drama from the Les Deux era. The show's stars have their own careers outside of reality TV. Remember back in the day when Heidi Montag sang pop songs? Well, Heidi Montag wants to make music again, but this time with a Christian focus.

The reality TV veteran discusses this is in a scene from the July 29 episode with none other than Justin Bobby Brescia. In the preview clip, she tells the combat boot enthusiast, "Before, I did pop music and that was really fun. The first song I like wrote was called 'Higher' and it actually went viral. It was number one in Tokyo."

However, she has a slightly different vision for her new music. She revealed, "I feel like now where I'm at is like a heartfelt Christian vibe. I've had a lot of time in the past few years to reflect and one of the biggest things in my life is being a Christian. So, I really want to put out a faith-based, positive song."

This might be a bit surprising for fans who solely watch Heidi on reality TV, but anyone who follows her on social media knows that this is actually a great fit for her. Heidi even has a separate Instagram account devoted to "the power of prayer," aptly titled Pratt Prayers.

She even shared some lyrics with Justin Bobby: "How am I here again?/Lord, I keep stumbling/ I can't do it on my own/Carry me. Strengthen me/Feel me/Only you can answer my prayers."

And Justin was on board with the content. He told her, "I can't see you struggling too much. I like your lyrical content. I think you hit really good octaves and notes."

Even though Heidi did go viral in Tokyo with her pop music, there is no pressure to reach the masses with her new musical efforts. She shared, "I have so many prayers answered and it's such a different place in my life that I want to share that in any way. Maybe it's just for one person [and] God wants me to do that for one person out there. Then, great." Considering that The Hills is back and doing well, the music will definitely be appreciated by more than one person, which is a great thing.

Still, it doesn't mean that she's completely abandoning pop music if she decides to record songs in a different genre of music. Actually, her musical past is very much a part of her present reality. In fact, Heidi's old music is her best workout motivation in 2019.

And who knows, maybe today's Instagram users will be inspired by her posts, start working out to those songs as well, and they will all go viral again.

She Squats To "Superficial"

Now that Heidi is back in the spotlight, no one can blame her for being on top of her fitness game. If her song "Superficial" inspires her to get in another around of squats, then good for her.

She Does Leg Lifts To "My Parade"

Leg lifts are an arduous task for some people, but Heidi's song "My Parade" keeps her going. No one can rain on her parade, even during a workout.

She Works Her Abs Listening To "Twisted"

The most effective motivation comes from yourself. Heidi's song "Twisted" gave her the perfect beat for a set of ab exercises. She also listened to "Twisted" during another recent workout. That time had a focus on squats.

She Lunges To "Superficial"

The lyrics "out with the old/in with new" are perfectly symbolic of this new Hills era, and, apparently, the perfect backdrop to get some lunges in.

Even though Heidi wants to move forward with Christian music, she isn't leaving her old stuff behind. She's just a well-rounded person with a wide-ranging taste. Maybe she will share workout videos with her new music once the songs are released.