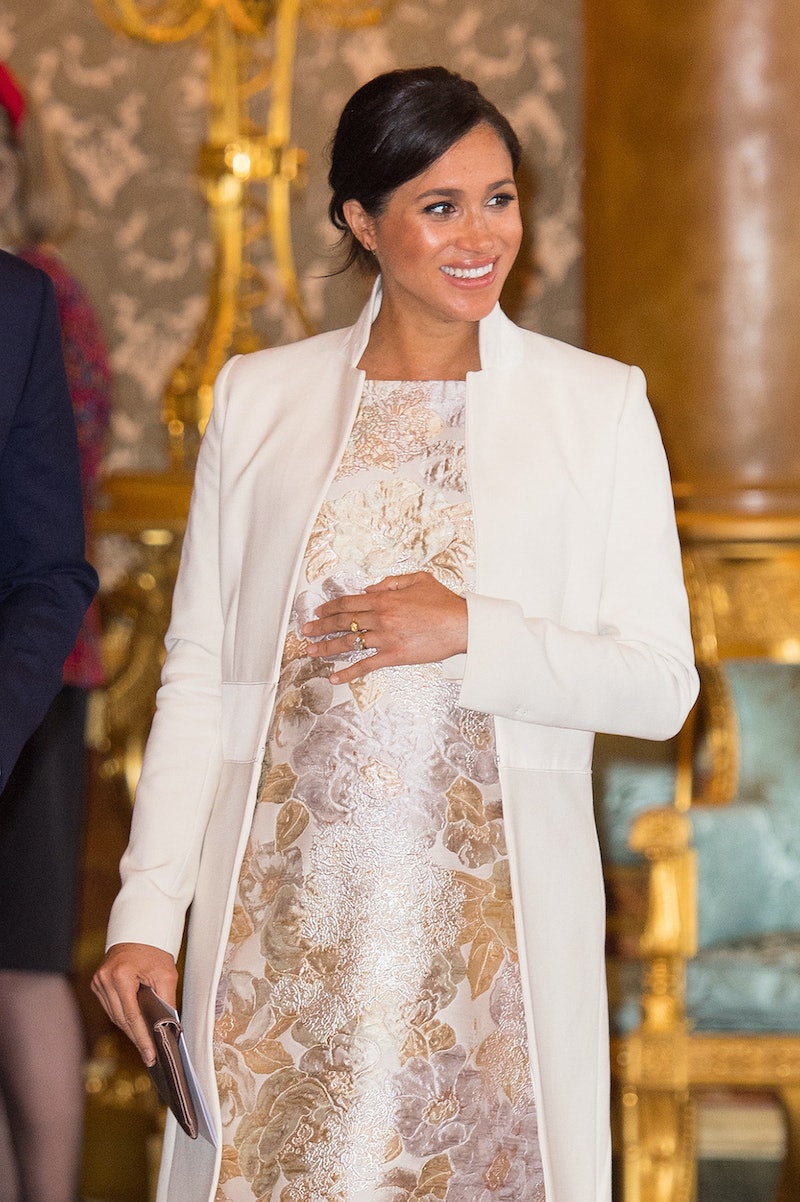 Meghan Markle's style is so loved as a Duchess that she has what is dubbed the "Markle Sparkle." Everything she wears, fans rush to buy. But Markle had an amazing sense of style during her pre-royal days, too. In fact, Markle was a style correspondent while she was on the show Suits, promoting the series while also offering fashion tips on daytime TV and internet segments.

While Markle was perusing her acting career, she also had a foot in the fashion industry. Before becoming a Duchess, Markle had a lifestyle website called The Tig. It was "a hub for the discerning palate — those with a hunger for food, travel, fashion [and] beauty," according to the now-inactive site. On it she shared styling tips and fashion trends, but the blog wasn't the only place she would share her style musings. Markle was also a style correspondent for the Today Show, and discussed the latest trends on plenty of online shows and podcasts.

Some of the videos date as far back as 2015, before Markle met Prince Harry. But even though it was a couple of years ago, her style hasn't changed. On the segments, Markle wore minimalist and sleek pieces, just as she does now. From sheer floral dresses, to olive green brocade midis, Markle stays true to her timeless taste. Below are all the outfits Markle wore as a style correspondent. She looks chic as always.

Markle Gets Interviewed While In Black & White

While being interviewed by The Outnet for a fashion spotlight in 2014, Markle discussed style tips. In the segment Markle revealed that she considered Gwyneth Paltrow her style inspiration, thought everyone needed cigarette pants and a cashmere sweater in their wardrobe, and that everyone should have one sexy dress in their arsenal.

On Yahoo! Style in 2015, Markle refused to dress for the winter season and showed up wearing a sheer dress and ankle strap flats. The segment was filmed during New York Fashion Week, so it was in February. While on set, Markle shared some of her fashion musings. She said that she describes her style as "California Girl," believes that tailoring is the most important thing you can do for your wardrobe, and doesn't believe in following all the trends that come out.

In June of 2015, Markle was on the Today Show to explain some of summer's most prevalent trends, like two-piece sets and all white outfits. While on the segment, the actress wore a white mini dress with blue and red piping, looking both chic and summer-ready herself.

Markle "Falls" Into A New Wardrobe Just two months later, Markle was back on the show with what to update your wardrobe with for the upcoming fall. Wearing an olive midi dress that pleated at the skirt, the pleats had contrasting black paneling that added interest to the conservative frock. The dress also had a brocade pattern across it, adding some texture to the look. To accompany the dress, Markle wore pointy black heels with ballerina-like wrap-around straps.

In March 2016, Markle came back onto the NBC news show to talk about the year's spring trends, which included a roundup of '90s fashion. She wore a light blue suit with a white collared shirt, but instead of having trousers she wore chic shorts.

Markle went on Style Code Live in 2016 and talked hair tips, her monochrome wardrobe, and what went into her travel carry-on.

On the show she wore black skinny jeans, black pumps, and a tweed and fringe motto jacket. The jacket had silver zippers at the pockets and was sans-collar. It was sleek and chic, just like her usual style.

Markle talks about everything from winter florals to layered knit sweaters to shearling in this 2017 Today Show fashion report segment. While she was explaining the season's hottest trends, she wore a combination of some of the fads she was describing. Most notably, she wore a sheer, dark floral dress that simultaneously had a turtleneck and halter neckline. The mini skirt had prairie-dress like ruffles across the skirt and bodice, and she contrasted it with opaque black tights and lace-up booties.