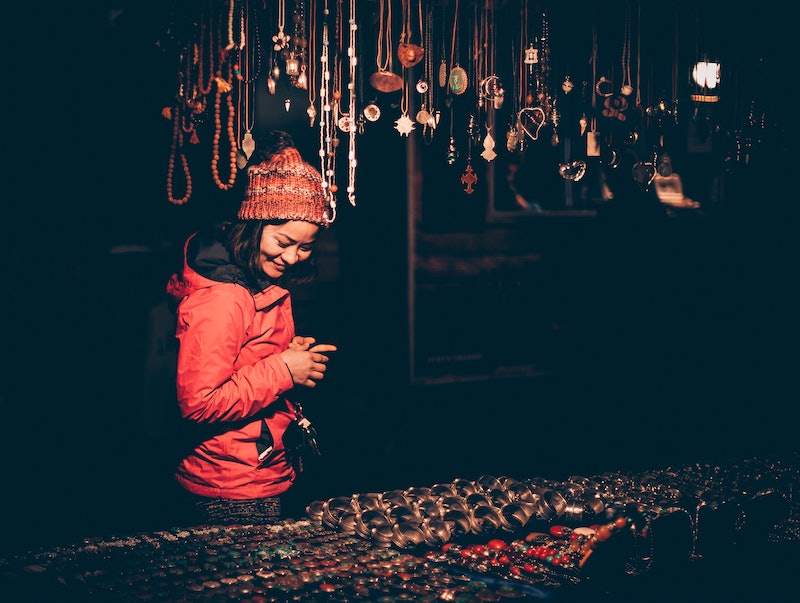 The old saying goes that money can’t buy happiness, but that’s not entirely true. Research has shown that money does contribute to general contentment — but how you use your money matters as much as how much you have. Scientists have analyzed how you should spend your money to achieve peak happiness. The takeaway? When it comes to happiness, spending money on experiences and other people will get you the most bang for your buck.

Money may not be the key to happiness, but it certainly doesn’t hurt — after all, it’s a lot easier to relax and enjoy time with loved ones when you’re not perpetually struggling to buy groceries or pay your electric bill. In 2010, a study from Princeton University argued that $75,000 is the “magic number” when it comes to happiness. Researchers found that people who earned less than that annually were unhappier the less they made, and that people’s daily happiness improved as their incomes got closer to the 75K mark. The study also found that increased money doesn’t always correlate with increased happiness. People who made substantially more than $75,000 yearly weren't any happier day-to-day than folks whose earnings stayed at $75,000.

A more recent study by scholars at the University of Michigan found that, though 75K might be the point at which people’s daily happiness plateaus, there is no cutoff when it comes to a broader sense of satisfaction with one’s life as a whole. In that case, the Michigan researchers found, more money equals more happiness.

Of course, happiness doesn’t just happen when you keep piles of gold in a swimming pool à la Scrooge McDuck — it all depends on how you spend it. Studies have shown that spending money on experiences, rather than objects, results in more happiness. Some people might hesitate to spend their cash on fleeting moments — such as traveling or attending concerts— when physical things will last much longer. However, Dr. Thomas Gilovich, a psychology professor at Cornell University, explained to Fast Company that experiences have their own kind of permanence, and they ultimately impact us on a deeper level that objects.

“Our experiences are a bigger part of ourselves than our material goods,” he said. “You can really like your material stuff. You can even think that part of your identity is connected to those things, but nonetheless they remain separate from you. In contrast, your experiences really are part of you. We are the sum total of our experiences.” Gilovich also pointed out that spending money on experiences also tends to bring us into contact with other people, creating social bonds that also impact happiness.

Interestingly, a 2014 study from researchers at San Francisco State University found that, even though people usually know that spending money on experiences will lead to more happiness than buying things, they still spend their money on objects anyway. In one experiment, the researchers asked participants about their feelings before and after purchasing an item. Before the purchase, the participants admitted that they thought buying an experience instead would make them happier — but they went ahead with buying the object because they thought that it represented a more sound financial decision. Their thinking was that the object was a better “value” because it would last longer than the experience. They changed their tune, however, after the purchase. After buying the object, the participants said that they thought buying an experience would have been of greater value after all.

The lesson here is that, when choosing how to spend extra money, you should focus on how much joy you’ll get from the purchase, not how long the purchase will be in your life.

If you’re trying to max out the happiness-potential of your money, also consider focusing on others. Research has shown that spending money on other people increases happiness, in part because doing so “creates social connections,” according to Dr. Michael Norton of the Harvard Business School. “If you have a nice car and a big house on an island by yourself, you're not going to be happy because we need people to be happy,” Norton told Forbes. “But by giving to another person, you're…creating a connection and a conversation with that person, and those things are really good for happiness.”

There you have it: You’ll get increased happiness out of your money if you spend it on experiences and on other people. And it you can find ways to do both at once — by, say, volunteering and donating to a cause that you support — you'll boost your happiness that much more.