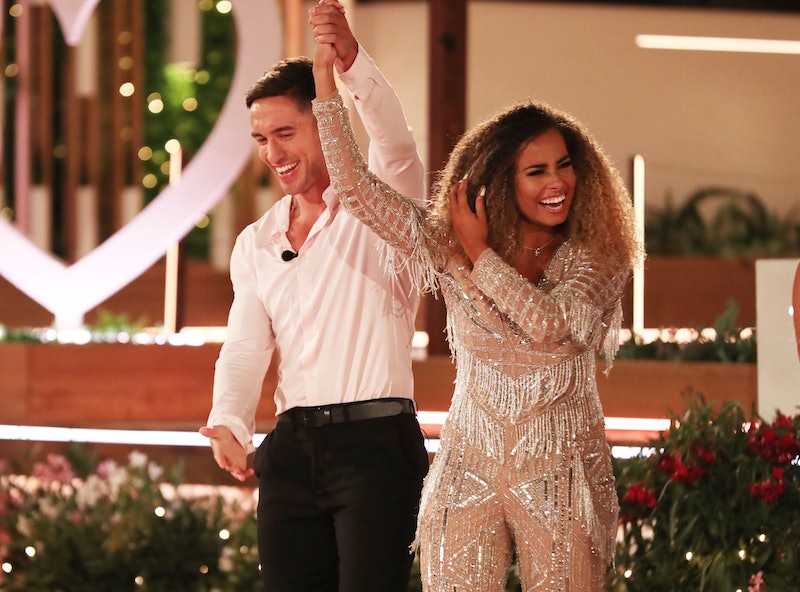 If you're single and in the mood to extend your Christmas break, why not consider applying for the first ever winter Love Island? There are only a few weeks left before the series kicks off yet again, but applications are well and truly open.

"ITV2 are looking for vibrant singles from across the UK who want to head to the winter sun in search of love," states the official form. "The chosen cast will spend time in a luxury villa, getting to know one another, but, to remain in paradise, they must win the hearts of the public and their fellow Islanders who ultimately decide their fate on Love Island."

Interested individuals have until Jan 11. to submit their application — one day before the South Africa-set series officially begins. (However, this date may be extended, so keep your eyes peeled.) It's unclear exactly what the application process entails, but previous contestants have revealed that selfies and a minute-long video are required.

Applicants must be at least 18 years old on or before Jan. 11 and must hold a passport that's valid for the period between Dec. 1, 2019 and June 30, 2020. And obviously, they must be available for at least eight weeks straight starting from January.

Other than the prize money (and influencer lifestyle that almost always ensues), contestants are offered some remuneration for taking part. As The Sun reports, 2019 Islanders were paid £250 a week to help pay for bills at home.

So what are producers looking for this time round? Well, per the Mirror, a more diverse cast than usual is on the cards. And, according to OK! magazine, the show's bosses are on the lookout for several specific kinds of people. These include twins, goth girls, Essex lads, and someone related to royalty.

The most recent series revealed that a minority of chosen Islanders actually applied. In fact, per OK!, only six out of 36 — the likes of Amy Hart, Michael Griffiths, and fan favourite Ovie Soko — went through the standard process. The rest were approached or submitted by agents.

Still not convinced it's worth your while? Perhaps a glimpse of the place you could be staying in may sway you. The Daily Mail has managed to obtain aerial photographs of the humongous Cape Town villa. According to the paper, it costs a meagre £105,000 per month to rent.

As well as swapping its usual Spanish location, the winter version of Love Island will also welcome a new presenter. After stepping down after an assault charge, usual host Caroline Flack will be replaced by Laura Whitmore for the new season. (Fun fact: Whitmore is dating the hilarious voice of Love Island, Iain Stirling.)

Whitmore isn't the only change. According to the Daily Mail, the winter series will only run for six weeks, rather than the normal eight. Still, it's a holiday not to be sniffed at.