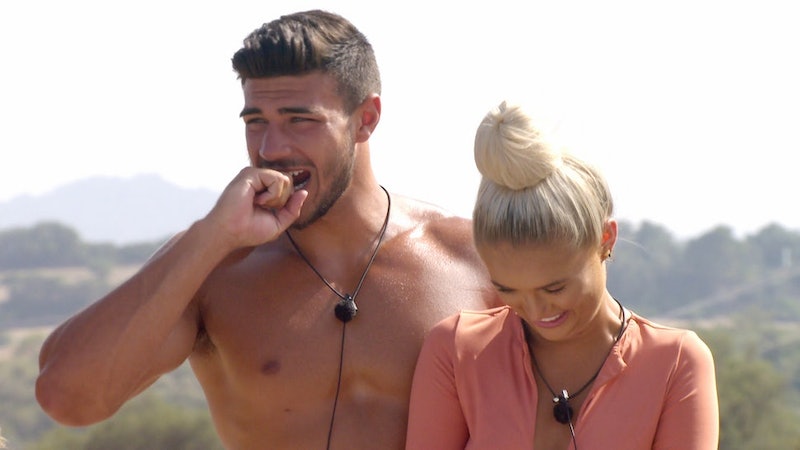 Summer couldn't seem farther away but, you guys, this year you have something to look forward to during the colder months. But when will Winter Love Island 2020 start?

The show is set to be filmed out in South Africa, where it'll be lovely and hot this time of year. The show's host was initially going to be Caroline Flack. However, Flack chose to pull out of the hosting duties after an incident at her home on Dec. 17, 2019.

The Radio Times reports that Flack made a statement via her Instagram account saying, "In order to not detract attention from the upcoming series I feel the best thing I can do is to stand down for Series 6." She went on to say, "I want to wish the incredible team working on the show a fantastic series in Cape Town."

As of yet, it hasn't been announced by ITV who'll replace Flack at the helm of the hotly anticipated show. I contacted their press department and will let you know as soon as I've heard back. However, some of the names being bandied about include Irish stars Laura Whitmore and Maura Higgins.

Although ITV hasn't revealed anything about the contestants, according to The Sun, at least one person has been confirmed. They're reporting that Leeds-based personal trainer and model Ellis Iyayi will be a part of the show. And with a job description like that and the physique to match, there's absolutely a chance that Iyayi will be keeping us company during January. I have reached out to Iyayi's agency Fomo Models to see if they have any info about the news that he may be joining the series. I'll let you know if I hear anything back.

More like this
'Love Island’s Kai Fagan Is Very Clear About What He Doesn’t Like
By Sam Ramsden and Darshita Goyal
Twitter Is Saying The Same Thing About 'Love Island'
By Sophie McEvoy
This Pre-'Love Island' Video Of Olivia & Zara Together Changes Everything
By Bustle UK
'Love Island's Tanyel Revan Has A Controversial Dream Dinner Guest
By Bustle UK
Get The Very Best Of Bustle/UK
Sign up for Bustle UK's twice-weekly newsletter, featuring the latest must-watch TV, moving personal stories, and expert advice on the hottest viral buys.