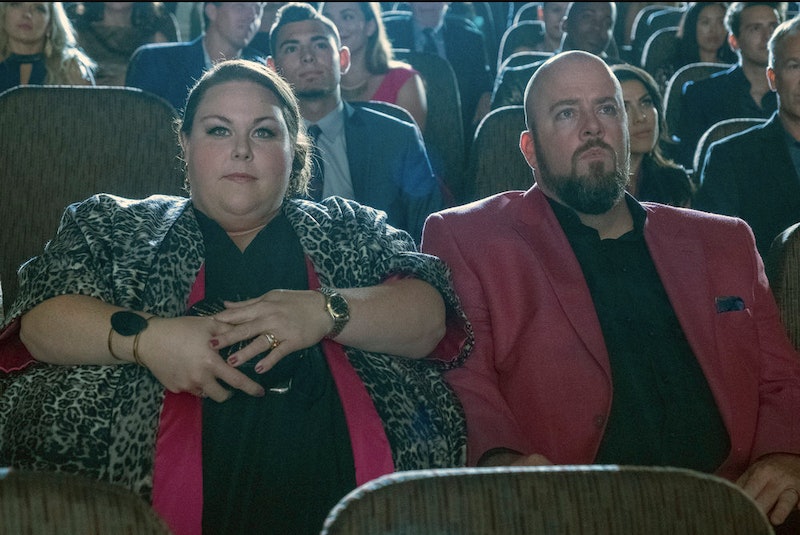 Despite appearing to be one of the most tight knit couples on This Is Us, Kate and Toby's relationship is actually quite toxic if you take a moment to examine it closely. Over the past three seasons, fans have seen Kate and Toby fall in love, break up, get engaged, get pregnant, suffer a miscarriage, get married, and get pregnant again. While their lives together have taken many twists and turns, a couple of recent flash forwards make it appear as if Toby and Kate's relationship could, quite possibly, end in divorce. And to be honest, it's really easy to see why their marriage may not last due to some of the unhealthy factors within their relationship.

As a boyfriend, and now husband, Toby often dotes over Kate, which at times, can be charming given Toby's great sense of humor. However, his controlling behavior and inability to allow Kate the space to do what's best for herself can often be more annoying than anything else. While it's hopeful that they remain together, especially for the sake of their unborn child, their future looks to be pretty bleak should things keep heading in the same direction.

Ever since their very first date, there have been signs of unfavorable behavior on Toby's part. Cosmopolitan points that in the Season 1 episode, Toby walks Kate to her door following their night on the town. After Kate thanks him for a great evening, Toby hits her with the creepy, “Wait, what, no no no… that’s it? You’re not gonna invite me in for a nightcap or a handy or something? It was totally uncomfortable moment for both Kate — and the viewers — and definitely was not cool, at all.

As their relationship progresses, it seems that Toby often pushes Kate by whining and complaining when things don't go his way — and Kate often does the same which can get pretty annoying to watch after awhile. For example, there's another storyline also within the show's inaugural season when Kate tries to explain that she wants to watch the Steelers game alone, and Toby can't seem to handle it, according to TV Line. He ultimately makes her feel so guilty about it that she ends up watching it with him and his friend. Matters get worse when Toby and his pal talk through the entire game and ultimately end up pausing it, making Kate miss a touchdown. Kate, obviously annoyed by the situation, leaves. Toby later confronts her about it, asking: "What was all that about?" and questions "Why did you agree to come over?"

In another ep, Toby obsesses over staying in contact with Kate while she is away at camp. Despite the fact that the campers are not supposed to have their phones, Toby pushes to stay in contact Kate and even drops by the camp unannounced after becoming envious over another man.

Fast forward to their current Season 3 storyline. Toby and Kate are undergoing in vitro fertilization although the chances of its success aren't that great and it may pose a significant health risk for Kate. In an effort to increase their chances of conceiving, Toby has stopped taking his antidepressant medicine, which is definitely going to be a major strain on their relationship in the long run.

As far as Kate is concerned, it appears that she has often has a difficult time with her emotions — something she's seemingly been dealing with since adolescence. When things don't go her way, she breaks down into a complete temper tantrum without regard for others and their feelings. Her actions in turn force Toby, and others, to coddle her and tip-toe around all of her feelings and issues, which certainly leaves a lot to be desired.

While at times, it seems as if things are going good for them, Kate and Toby have both time-after-time proven that they're simply no good for one another.