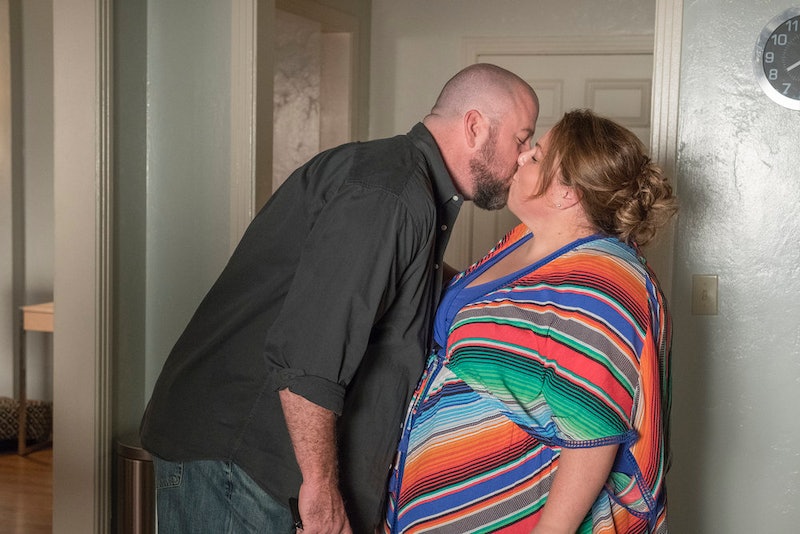 Nobody wants to see a happy couple split up, and, on the same coin, nobody wants to see a couple that has persevered through a lot of stuff break up, either. Toby and Kate of This Is Us fame fell in love, broke up, got engaged, got pregnant, lost a baby, got married, and now, it seems like having the family of their dreams is falling out of touch. Thanks to a few well-timed flash-forwards, it seems as if Toby and Kate won’t make it much longer. There are clues that Toby and Kate get divorced on This Is Us, and if it all ends up to be true, there will be plenty of disappointed fans.

Marriage is supposed to be forever — you say “in sickness and in health,” and you mean it. But Kate and Toby’s “in sickness” came more quickly than either of them could have ever realized post-marriage, and part of it is Toby’s own doing. Kate is overweight and very old in terms of baby-having age, but she and Toby want a child anyway. They are trying in-vitro fertilization (IVF), even though the chances aren’t great that it will work and there’s a significant health risk to Kate to bring a baby to term. This would be enough to put a strain on any marriage — the realization that maybe you can’t have the family you had hoped for — but to put a really cherry on top of it all, Toby has stopped taking his antidepressants cold turkey. This is not good.

His reasoning for it is that antidepressants lower sperm count, but weaning yourself off of mood stabilizers is something that should only be done under the eye of a doctor. A flash-forward in the Season 2 finale showed a Toby so depressed that he couldn’t get out of bed, so we know that it’s coming. Could Toby’s depression and the crippling realization that KaToby may not be able to have a baby enough to break them up. Chris Sullivan, who plays Toby, told Entertainment Weekly that stopping the medication is “a terrible idea… and in the next few episodes, we’re going to find out it’s part of the reason [behind] that flash-forward we saw at the end of season 2.” This Is Us executive producer Elizabeth Berger echoes Sullivan’s statements, saying that “a very dark place” is coming for Toby. “We’re going to be watching him come undone throughout the beginning of the season,” she said.

This Is Us is king of flash-forwards, and in Season 3, old Randall is on the phone with old Toby. Randall is going to see “her” with Tess, and invites Toby along, to which Toby demurs, saying he doesn’t know if he should be there. “Her” aside, Toby is old in this scenario, he’s alone in a bed, and he’s not wearing a wedding ring. Um, hello? Red flag number one! Toby doesn’t seem like a man that will ever take off his wedding ring.

Besides the empty finger and empty bed, another red flag is just how hesitant Toby is to see “her” — Randall has to convince Toby that she “wants him to be there.” Let’s break this down. If Kate died and Toby was a widower, what would be the holdup in him seeing whoever the “her” is? Now, if Kate and Toby split up and had an acrimonious divorce, well, it would make sense if Kate wouldn’t want to see him, whether or not the “her” is, well, her. These two could have split a long time ago, and Toby has just maintained relationships with his extended family, like Randall.

Obviously, the stars and producers of This Is Us are staying mum on who “her” is and on the prospect of a KaToby split. “It’s not going to be what you expect,” Chrissy Metz, who plays Kate, told Entertainment Weekly, “but it will be difficult to digest, for sure.” The answer is coming, though. Creator Dan Fogelman told Us Weekly, “[the answer] will come in the course of the season. The story’s not about where it ends up, it’s about how you kind of get there. In the course of the season, you’re gonna get your answers.”

If I know anything about This Is Us, all of these answers are coming with a side of tears and tissues. Best to be prepared, because if the cast says that the inevitable reveal is heartbreaking, it’s heartbreaking. Let’s just hope Kate and Toby make it out of this season of This Is Us.