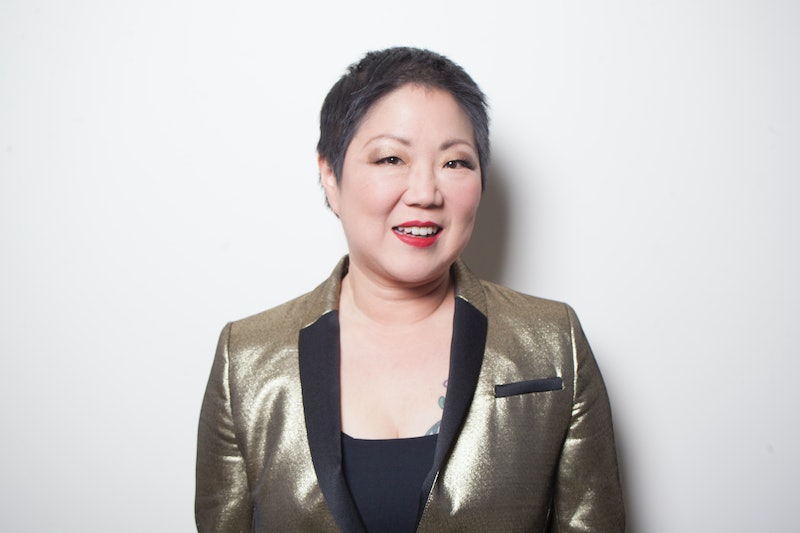 White friends, we need to talk. But first, you need to listen. Because if you want to know how to talk about race, you need to start by listening.

Comedian Margaret Cho was on Phoebe Robinson’s podcast Sooo Many White Guys earlier this year. (Quick PSA to everyone of every hue and shade: if you aren’t already subscribed to Sooo Many White Guys, fix that immediately. I’ll wait. OK, ready? Let's continue.)

In addition to addressing topics like sex positivity and diversity in Hollywood, Robinson and Cho talked about frustrations they’ve had when discussing race with friends who are white. Cho says, based on the previous conversations she’s had with white people, this is what she’s learned:

Your opinion matters very little [as a person of color]... they’re just looking for a way to justify to their other white friends that what their racist thought is, or whatever, is okay.

White friends, does that make you itchy and uncomfortable? Are you fighting a desire to add #NotAllWhitePeople to Cho’s comment? Good. Let’s talk.

When you (white friends) want to talk to your friends of color about race, make sure you’re opening up a conversation and not just seeking validation. Your friends of color are not here solely to make you feel comfortable. We are not only here for you to confess white guilt. So, when you us ask things like “is this racist?”, ask yourself first “am I seeking truth or comfort?”

A recent survey from Gallup found that 42 percent of Americans worry a “great deal” about race relations, which is significantly higher than the 17 percent that said the same in 2014. Of people surveyed, 59 percent of Democrats say they worry a “great deal” about race relations. 29 percent of Republicans said the same. Despite that disparity among political parties, that number has increased for everyone. While the survey isn’t broken down by racial demographics, it’s important to note almost 62 percent of the population is white, according to recent estimates from the Census Bureau. Whether it’s as one of the 42 percent of people worried about race relations or the 38 percent of people of color in the United States, race is top-of-mind for roughly four out of every 10 Americans.

You’ve probably heard the word “intersectionality” a lot recently, specifically in regard to feminism and perhaps more specifically in regard to the Women’s March. Essentially, intersectionality is the idea that all the social categorizations of an individual or group (like race, class, gender, sexuality, etc.) don’t exist separately; they intersect, overlap, and can create layered systems of discrimination, disadvantage, and oppression.

If you’re still a little confused about what it is, here’s YouTuber and comedian Akilah Hughes explaining it using the universal language of pizza.

Experiencing discrimination yourself doesn’t negate your ability to discriminate against another person. In fact, it would hopefully make you more understanding when someone says, “Here’s why those comments/actions hurt me.”

Acknowledging and valuing experiences of other is the first step in becoming an effective ally to me and your other friends of color. Here are three more tips for being a good ally and talking about racism when you don't experience it first hand.

Listen to Your Friends of Color

Once more for the people in the back: If you want to talk about race, but don't experience racism first-hand, start by listening. Listen when your friends of color say that something is racist. Trust us, we know. This video from Franchesca Ramsey on how to be a good ally is a great starting place to keeping your allyship in check.

Amplify the Voices of Your Friends of Color

Speaking up and never over is crucial to being a good ally. By all means, when something is racist: call it out. But know when you're speaking out of turn, too. Everyone knows how frustrating mansplaining can be. Whitesplaining is equally as frustrating.

Acknowledge When You Mess Up and Do Better Next Time

As human people, we are always learning and growing. When you misstep, which is likely on account of the human thing, own up to it. While yes, impact usurps intention, people can tell a well-intentioned misstep from one based in malice. Still, know that good intention doesn't justify someone getting hurt.

We all need each other now more than ever. Let’s make sure we’re listening to and learning from one another.