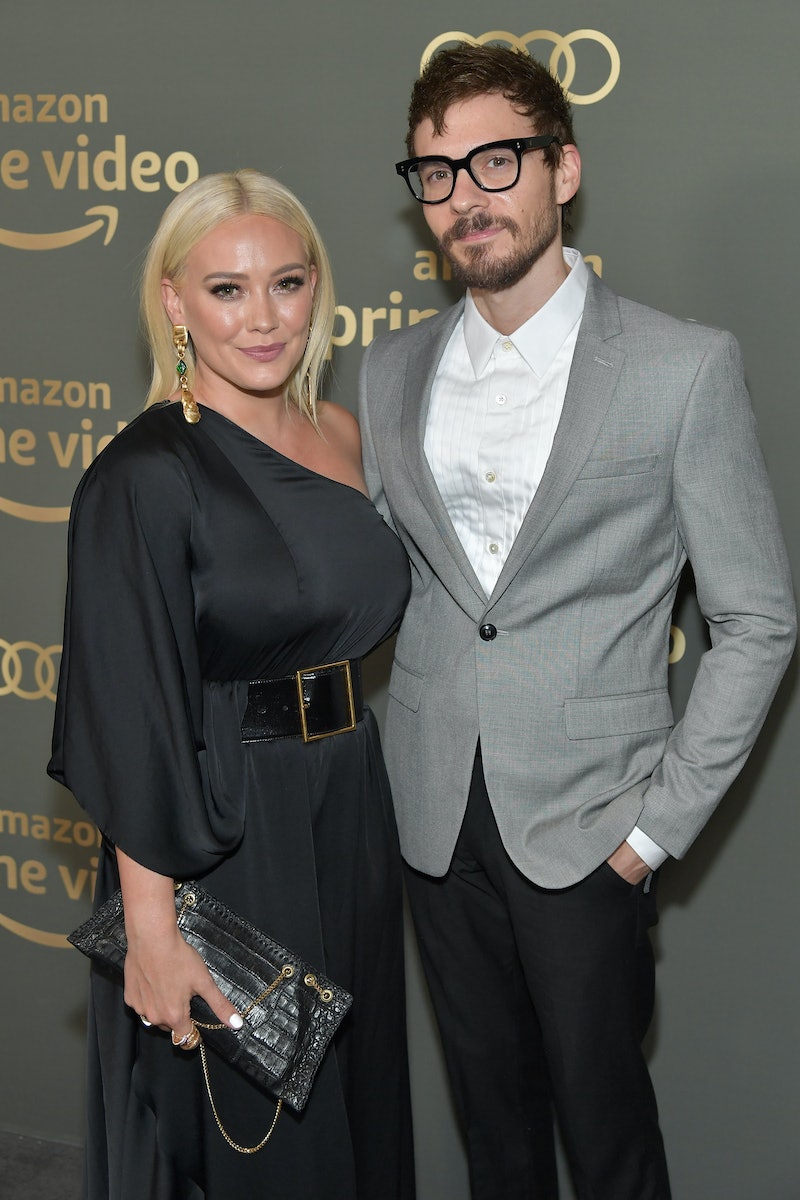 The bond between a mother and her daughter is such a special one, as many mother-daughter duos out there know. And on March 25, Hilary Duff's bond with her adorable baby girl, Banks Violet Bair, was on full display. Hilary Duff posted a video from her baby's birth on Instagram, and it's, hands down, the sweetest thing you'll watch all day.

After some consideration (because the video is, understandably, personal for her), Duff decided to share a video from Banks' birth to celebrate her daughter's five-month milestone. In the short clip, one can see the actor cradling her newborn baby as the two connect for the first time following the water birth. During their snuggle, baby Banks, whom Duff shares with her boyfriend Matthew Koma, actually reaches up to her mother for a hug. Naturally, those in attendance for the major event were surprised by the newborn's amazing move, with everyone crooning about the incredibly special moment.

In addition to posting the most adorable Instagram video you'll watch today, theYounger star's wrote a caption for the post that's just as touching. She wrote:

"I’ve been wondering for a long time if I would ever share this video as it is extremely personal.... it was so absolutely lovely and rewarding(and shocking) that after giving birth to my baby girl we hugged ...for the first time, In my mind I like to believe that she was saying good job mom. Go team go. We did it. Together."

She continued to write about the video, which was captured by photographer Rebecca Coursey, that her family was right by her side to witness the lovely moment. "Matt provided such a safe calm strength, my mommy and sissy were there to cheer me on, and of course my birth angels to make sure all was well and big brother (downstairs deep in legos)."

Duff then wrote about how time has really flown by during the past five months with Banks, a sentiment which many new parents can likely relate to. She wrote:

"I cannot believe this day was only 5 months ago!! It seems like B has been here with us all along. The time is already going so fast..she tried avocado yesterday! Anyway... feeling blessed for this full hectic life and all the people in it. Happy 5 months Banks (oh and thanks for quitting colic) that was a doozy ( @rebeccacoursey_photosandfilm )"

Seriously, the whole post is so sweet that it may just bring a tear to your eye (I write this from experience).

As E! News noted, Duff gave birth to her daughter back in October 2018. Banks is the first child for the former Disney star's boyfriend, Koma, and is the second for the actor. The publication went on to note that Duff shares a son, Luca Comrie, with her ex-husband, Mike Comrie. On Instagram on Oct. 29, the couple shared the first look at their baby girl and announced to their fans:

"Banks Violet Bair❤️ this little bit has fully stolen our hearts! She joined our world at home on Thursday afternoon and is absolute magic."

Just based on the latest video that she shared, it's clear that Duff was right when she wrote that her daughter "is absolute magic," as Baby Banks has certainly brought a magical touch to her entire family.