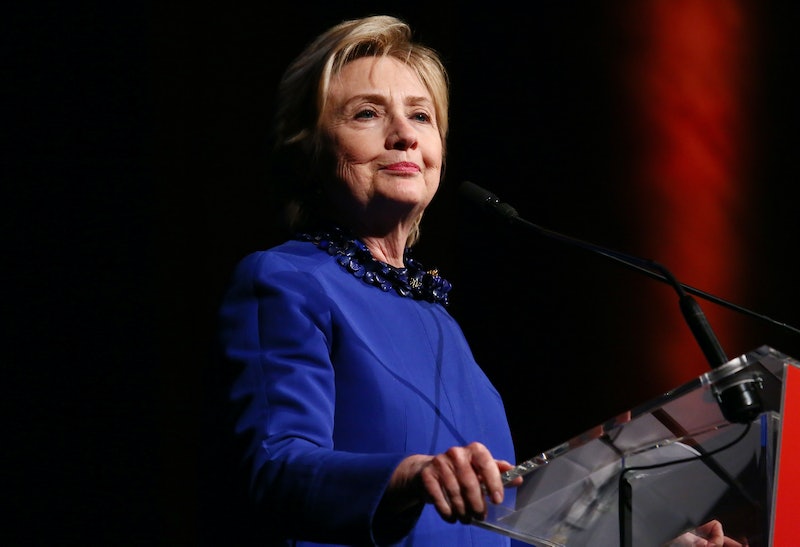 One of the leading events in the publishing industry just announced a surprise guest who is certain to draw a crowd. Hillary Clinton will appear at BookExpo in New York City on the evening of June 1.

Back in November, Clinton won the popular vote by the largest margin in U.S. history, but lost the Electoral College to Donald Trump. Following the loss, the former Secretary of State took time for herself, and she appears to have bounced back with vigor. Earlier this month, Clinton announced Onward Together, "a political group to raise money for progressive-minded groups and organization." The author of Hard Choices and It Takes a Village also has an as-yet-untitled essay collection on the horizon, which will examine misogyny's role in the 2016 election.

Clinton will appear at the hour-long BookExpo event An Evening with Hillary Clinton. According to The Associated Press, BookExpo "[o]fficials declined to say whether Clinton will give a speech and/or be interviewed on stage." She previously featured at the event as First Lady back in 1995, when she was promoting It Takes a Village, and husband Bill made an appearance in 2004 to discuss his autobiography, My Life.

Tickets to An Evening with Hillary Clinton are available now for free to BookExpo registrants.