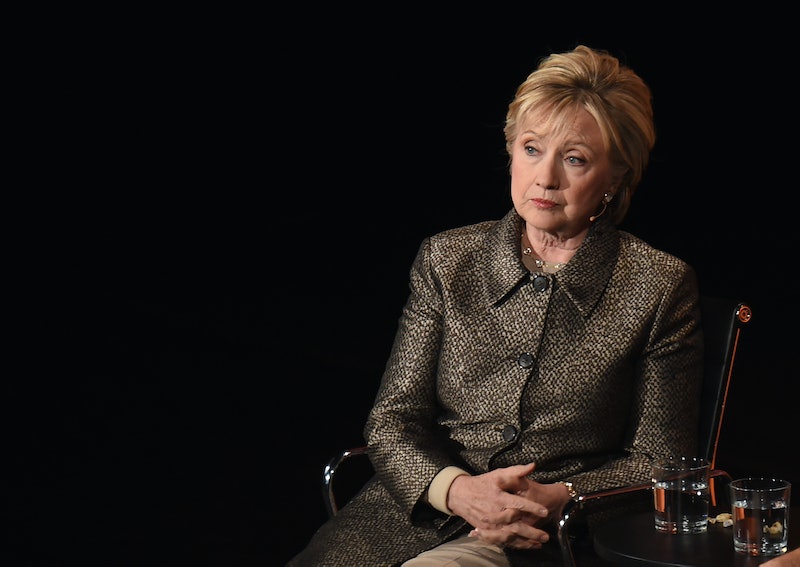 Do you remember what you were doing on Nov. 9, 2016? That was the day immediately after the presidential election that Hillary Clinton lost to Donald Trump in possibly the most historically consequential political outcome in recent memory. The impact of Trump's election shocked both his supporters and opponents alike, albeit for very different reasons, and it seemed as if everyone had an opinion. Including, as it turns out, Hillary Clinton's pastor, who emailed her to share his thoughts on her situation the morning after her political career effectively came to an end.

Although Trump's decidedly awkward attempts to present himself as a Christian may have drawn more attention than Clinton's comments about her faith ― and although he explicitly, falsely insisted there was "nothing out there" in public about her religious beliefs ― it's something she was pretty willing to talk about during the campaign season.

Clinton is a Methodist, a fact she semi-regularly mentioned while on the campaign trail. Her pastor is Reverend Bill Shillady, who's been involved with the family in many respects; he co-officiated Chelsea Clinton's wedding in 2010, and led the memorial for Dorothy Rodham, Hillary's mother, in 2011. Below are seven lines from his email to Clinton, reassuring her following her Electoral College loss.

2. The Day That Everything Fell Apart

For the disciples and Christ's followers in the first century, Good Friday represented the day that everything fell apart. All was lost. The momentum and hope of a man claiming to be the Son of God, the Messiah who was supposed to change everything, had been executed.

3. We All Have Fridays

For us, Friday is the phone call from the doctor that the cancer is back. It's the news that you have lost your job. It's the betrayal of a friend, the loss of someone dear. Friday is the day that it all falls apart and all hope is lost. We all have Fridays.

4. In The Tragic Loss

Today, you are experiencing a Friday. Your Friday is what happened in the last few weeks and last night in the tragic loss.

While death had seemingly won, Jesus knew better. When he said, "It is finished," it wasn't meant to be a statement of concession. It was a declaration that a new day was on the way.

6. Hope Will Be Restored

Friday is finished. Sunday is coming. Death will be shattered. Hope will be restored. But first, we must live through the darkness and seeming hopelessness of Friday.

You know one of my favorite sayings is "God doesn't close one door without opening another, but it can be hell in the hallway." My sister Hillary. You, our nation, our world is experiencing a black Friday. Our hope is that Sunday is coming. But it might well be hell for a while.

Some of Clinton's critics have balked at the fact that her pastor's email so explicitly likens her story and her loss to the death and resurrection of Jesus Christ, the savior and central figure of the Christian faith.

That said, however, it's not unusual for Christian pastors to sermonize about the events of modern-day life by drawing contrast with the history of Christianity, and example from Christ. And, as a letter sent from a pastor to a parishioner ― albeit a very high-profile one ― the fact that it's very personally addressed comes as little surprise.