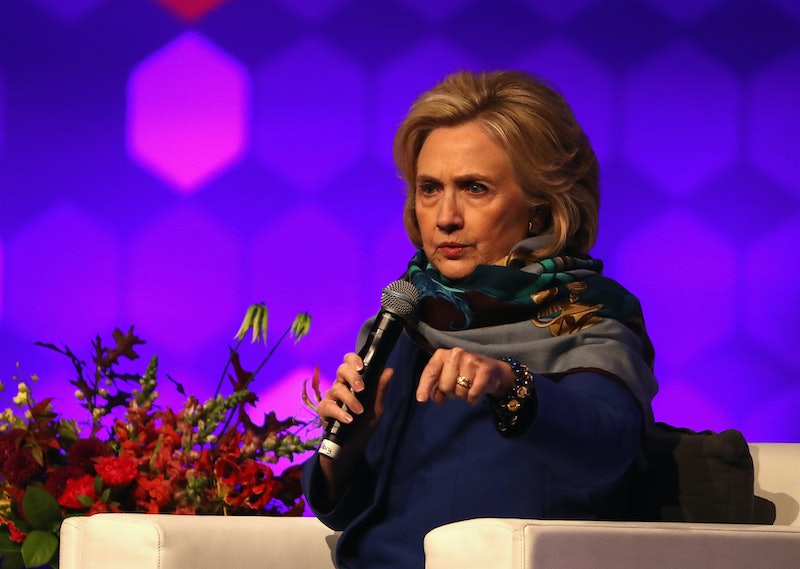 The Inspector General released its long-awaited report on the FBI's handling of the Hillary Clinton investigation on Thursday. The report claimed that former FBI Director James Comey used his personal Gmail account to conduct official FBI business, which prompted Clinton to respond to Comey's email revelation with a tweet that said simply, "But my emails."

That is, of course, a reference to a long-running meme in liberal and Democratic circles that pokes fun at the perceived obsession with Clinton's emails during the 2016 presidential campaign. Clinton's use of a private email service became a focal point during the campaign, and many on the left accused the media of focusing disproportionately on the former Secretary of State's email use rather than any number of other campaign issues.

One analysis found that within six days, the New York Times devoted as much coverage to the email scandal as it did to policy issues over a 69-day period. Urban Dictionary now defines "but her emails" as "a not-so-subtle way to change the subject when you are about to be faced with being wrong about something."

From a political standpoint, the IG's report on the Clinton investigation was something of a mixed bag. Although it condemned many aspects of how the investigation was carried out, both by Comey and his underlings, it ultimately concluded that political bias did not have any affect on the outcome of the probe.

Michael Horowitz, Inspector General for the Justice Department, concluded that Comey broke with protocol several times during the investigation. On two occasions, the IG said, Comey made significant decisions in the investigation without first consulting his superior, then-Attorney General Loretta Lynch: Once when he announced that the FBI wouldn't be recommending that Clinton be prosecuted for her email use, and later when he told Congress that the bureau would be re-opening the investigation into Clinton.

“We found it extraordinary that, in advance of two such consequential decisions, the FBI director decided that the best course of conduct was to not speak directly and substantively with the attorney general about how best to navigate those decisions,” Horowitz wrote.

But Horowitz concluded that Comey was guilty of "insubordination," he also said that the FBI director did not act out of political bias in his handling of the probe. The main impact of the FBI's alleged mishandling of the investigation, Horowitz wrote, was tarnishing the bureau's reputation in the public eye, not affecting the actual outcome of the probe.

“We found no evidence that the conclusions by department prosecutors were affected by bias or other improper considerations,” the report said. “Rather, we concluded that they were based on the prosecutor’s assessment of facts, the law, and past department practice.”

However, Horowitz did highlight the behavior of several lower-ranking FBI agents, some of whom sent text messages that exhibited anti-Trump, pro-Clinton biases. Horowitz concluded that, although these agents' apparent political biases didn't affect the outcome of the investigation in any way, they did succeed in hurting the reputation of the FBI.

Comey himself addressed the IG's report on Thursday, writing on Twitter that "the conclusions are reasonable, even though I disagree with some."

"I respect the DOJ IG office, which is why I urged them to do this review," Comey wrote. "People of good faith can see an unprecedented situation differently. I pray no Director faces it again. Thanks to IG’s people for hard work."