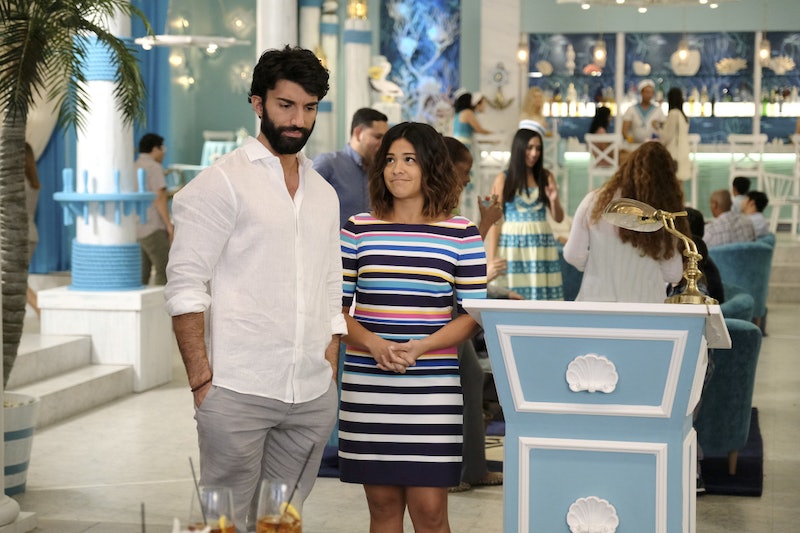 Halfway through its third season, Jane The Virgin flipped the script by killing off a main character. When Michael died, it changed everything — including time, as the series then jumped forward three years. A lot changed during the time jump, including the relationship between Jane and Rafael on Jane the Virgin. Though, as Mateo's father, Rafael never fully left the picture, a shift in his personality and the loss of Michael suggests that he could soon become a bigger part of Jane's life. And there have already been hints that Jane and Rafael will get back together soon enough.

The first two seasons of Jane The Virgin set up a pretty dynamic love triangle between Jane, Michael, and Rafael. Fans couldn't figure out who Jane would end up with or even who she should end up with. But before it was extended too long, the series brought Jane and Michael back together for a happy ending culminating in their marriage. Unfortunately, that happiness didn't last long, and now Jane is left to pick up the pieces in the wake of his death. But one silver lining is the possibility of a rekindled Jane and Rafael romance bringing her some happiness once again, which seems pretty likely when you consider these clues.

In the early love triangle days of Jane The Virgin, Michael seemed to represent companionship and friendship, while Rafael stood for pure romance. But raising a child together has caused Jane and Rafael to develop a deep friendship that could be just the foundation they need for a lasting romantic relationship. In the post-time jump world, Rafael and Jane seem to be best friends, calling on each other whenever support is needed, which mirrors what Jane and Michael used to have. Since that friendship lead to a happy marriage, maybe this one will do the same.

Yes, Rafael is now in a serious relationship, but there's a running joke about the narrator forgetting his new girlfriend, Abby Whitman. She is literally cut out of the shot in most scenes and hasn't been very fleshed out. And since the narrator has often spoken about events from the a future perspective (such as saying that Michael would love Jane until his last breath months ago), the fact that he doesn't remember Abby suggests her presence in Rafael's life isn't very significant.

Jane & Rafael Are A Family

Family has always been the most important thing to Jane, and losing her chance at a family with Michael may make her look at the situation with Rafael differently. Rafael, meanwhile, recently found out that he was adopted and that his father lied to him about it, and could still be dealing with the emotional ramifications of that. While in some ways, a romantic relationship may be risky because they don't want to upset the family balance, the thought may cross both of their minds as they struggle to heal.

They've Both Grown Up

A relationship between Jane and Rafael now would be very different from their Season 1 romance. Rafael started as an immature drama-magnet who wanted success more than anything to prove himself to his family. Since then, he's grown into a calmer, more mature father who seeks to improve himself in order to be of value to those around him. Jane, on the other hand, began as a starry-eyed romantic whose moral compass didn't include a gray area. She's since matured into a complex adult who understands that while there is still right and wrong, it's OK to forgive herself and those around her for stepping into the gray every once in a while. If these versions of Jane and Rafael were to date, it could lead to very different results.

There is a certain chemistry that is undeniable between Jane and Rafael. It's what made their first romance feel like fate and now makes me believe they will find their way back to each other. The two have had an unspoken bond since first appearing on screen together that you can sense every time they look at each other. It just feels... right.

Nothing is ever set in stone on Jane The Virgin, but all of these hints suggest that a major reunion is coming. Besides, romance is a key part of a telenovela, and there's nothing more romantic than two people finding their way back to each other after years apart.