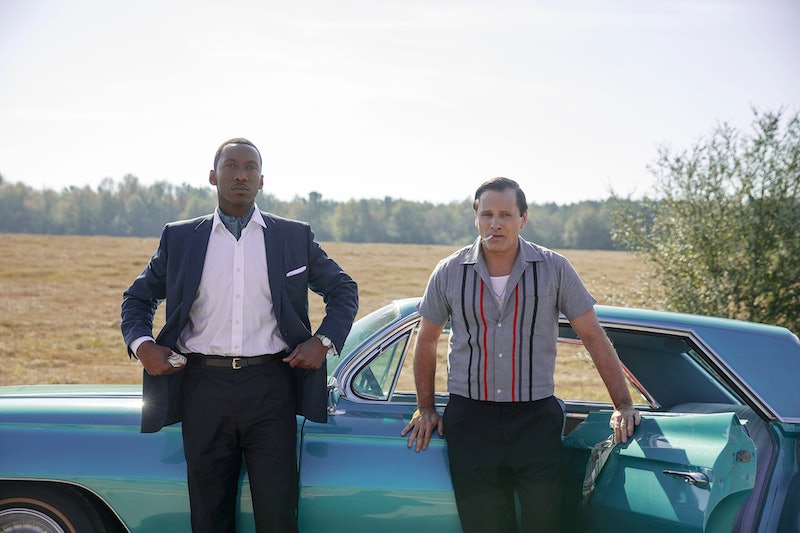 We're nearing the end of the year, and that is traditionally the time when movie studios trot out their prestige pictures in the hopes of drawing the attention of Oscar voters. One such film is the upcoming drama Green Book, starring Oscar-winner Mahershala Ali and Oscar-nominee Viggo Mortensen. The movie, in theaters Nov. 21, is based on a 1962 concert tour road trip through the Deep South taken by African-American pianist Don "Doc" Shirley (Ali) and his hired driver/muscle, Italian-American bouncer Frank "Tony Lip" Vallelonga (Mortensen). So far, the film is drawing wide acclaim, but how accurate is Green Book in relation to the actual trip taken by Shirley and Lip?

The film notes that it's inspired by a true story, rather than claiming to be based on a true story, so with that being the case, one can assume the film is more fictionalized than other biopic movies. Still, the movie isn't without some historical backing, as one of its three screenwriters was none other than the real life son of Tony Lip, Nick Vallelonga. So at the very least, the film expresses what Vallelonga knows of his father's time with Shirley, based on whatever Mr. Lip would have told him about their road trip and subsequent friendship.

The movie mainly focuses on the 1962 trip taken by Shirley and Lip through the Deep South, and the challenges they faced. Shirley, who lived in New York, hired the Bronx native Lip, then a bouncer with a tough reputation at the famous Copacabana night club, to serve as his driver and protector on an upcoming concert tour through the southern states of the U.S. during the Jim Crow Era. In that area, African-Americans were still heavily discriminated against and, in some cases, violently mistreated. Lip and Shirley relied on the "Green Book" for guidance during their travels, which is where the film draws its name.

The Negro Motorist Green Book, commonly just referred to as The Green Book, was a travel guide for African-Americans. Written by an African-American New York postal worker named Victor Hugo Green, the book was published every year (save for during World War II) with updates for nearly 30 years, from 1936 until the passage of the Civil Rights Act of 1964, according to PBS. It informed its readers what businesses and towns were safe to travel to, and perhaps more importantly, warned which areas to avoid while traveling in racially-segregated areas of the country.

The movie also tried to be true to the black experience, and director Peter Farrelly got some help on that front from his star, Ali. "I needed other people to come forward and say, 'I don’t buy this,' or 'That’s bullsh*t,'" Farrelly told Vanity Fair. "The stuff I got from Mahershala was about the black experience, and he hit me up on things that were just dead wrong."

Green Book may only be inspired by a true story, but the film still gets the bones of of its depiction of the concert tour that Doc Shirley and Tony Lip embarked upon — as well as the Jim Crow South in the early 1960s — mostly right.