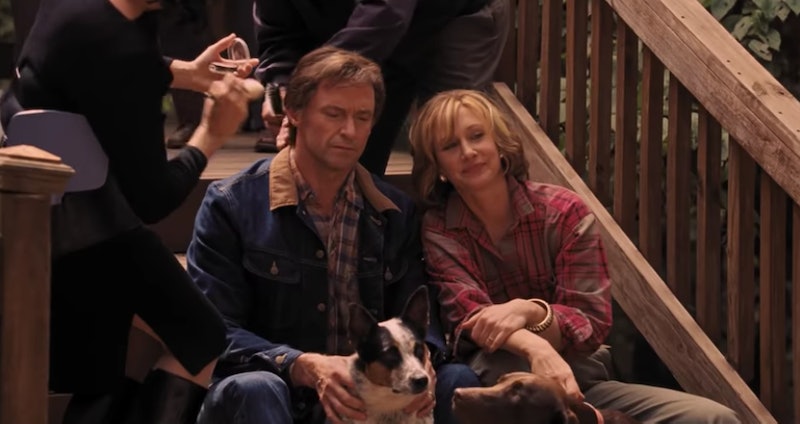 The new political drama The Front Runner reads rather quaint by today's standards. The film, which takes place 30 years ago in the run-up to the 1988 presidential election, tells the story of Gary Hart — a presidential candidate who saw his campaign unravel after he was accused of having an extramarital affair. Considering that current president Donald Trump's alleged affair and subsequent six-figure hush payment to adult actress Stormy Daniels is only maybe the 178th most serious scandal of his young presidency shows how vastly politics have changed in 30 years. So how accurate is The Front Runner, and does the film show a path of how the nation went from shunning Gary Hart to electing Donald Trump?

The movie gets the bones of its story right, but it makes up some bits along the way. The film features a number of characters that are either wholly fictional or hybrids of several real people, in an effort to streamline the story, make for a more dramatic film, or both. For example, actress Mamoudou Athie portrays a reporter named A. J. Parker with whom Hart has a heart-to-heart (no pun intended) during a bit of airplane turbulence. No such reporter existed, according to The Atlantic's David Sims.

But outside of a few made-for-the-movies characters and minor tweaks to the story, The Front Runner is largely truthful. It tells the story of Gary Hart, a Democratic senator from Colorado who was widely seen as the frontrunner for the the Democratic nomination for president to run against then-Vice President George H.W. Bush in the 1988 election to replace the outgoing Ronald Reagan, per Time. Hart rose through the ranks quickly, but saw his campaign upended amid accusations first that he was a womanizer, and then a specific claims in The Miami Herald that he had an affair with a woman named Donna Rice. Both Hart and Rice denied any sexual relationship, but the damage was done. Hart's popularity sank, which led to him suspending his campaign and eventually losing the nomination to Michael Dukakis.

The main reason why the film mostly sticks to the facts probably has to do with its source material. The movie is based on the 2014 nonfiction book All the Truth Is Out: The Week Politics Went Tabloid, by former New York Times Magazine reporter Matt Bai, but the film doesn't stop at just relying on Bai's book as a source; Bai also co-wrote The Front Runner's screenplay. Bai spoke to Hart for the book, and the author gives an exhaustive account of what happened, with his main interest being the idea that Hart's scandal marked the first time mainstream journalists showed a willingness to report on the sordid details of politicians' personal lives that were previously left to the tabloids. Now, that practice is commonplace, and perhaps partly to blame for a tabloid fixture and reality star stumbling his way into the White House amid innumerable scandals that no longer seem to bother a desensitized populace.

The Front Runner may play it fast a loose with a few of the facts, but the film still gives a mostly accurate account of what was once considered a huge political scandal. Oh, how times have changed.