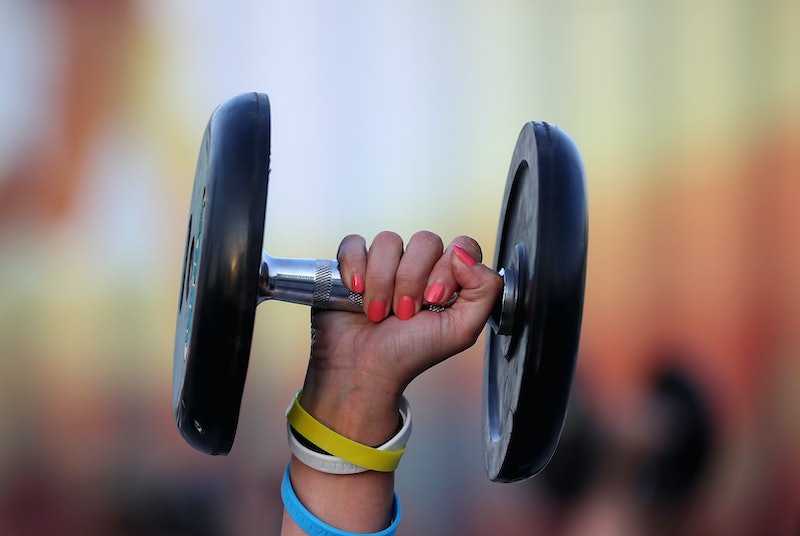 You don't need me to tell you that some form of regular exercise is good for you, but how bad is not exercising, full stop? According to a new study published in the Journal of the American Medical Association (JAMA) Network Open, not exercising might be worse for you than smoking, diabetes, or heart disease. While this is important info to have as you manage your day-to-day health, it's just as critical not to worry if you aren't super active. Exercise habits are unique to each person, and there are many factors that determine whether or not someone is healthy.

TIME reports that, for this study, researchers at the Cleveland Clinic studied over 122,000 patients via treadmill testing from 1991 to 2014, and later recorded mortality rates. They found that high levels of cardiovascular fitness were directly linked to health and longevity in study participants. While the benefits of some form of regular exercise are widely known, the study’s authors found the results of this study “surprising,” according to TIME.

“Being unfit on a treadmill or in an exercise stress test has a worse prognosis, as far as death, than being hypertensive, being diabetic, or being a current smoker,” study co-author Dr. Wael Jaber told CNN. Furthermore, there was no upper limit of benefits — meaning that, there was no point at which exercising too much became bad for you.

Jaber told CNN that another surprising finding from this study is that, not only does physical fitness lead to a longer life, aerobic exercise also has profound health benefits. While researchers have previously questioned whether or not super-intense forms of exercise are healthy, this study found that “There is no level of exercise or fitness that exposes you to risk." Jaber further noted that "We can see from the study that the ultra-fit still have lower mortality … There is actually no ceiling for the benefit of exercise,” Jaber told CNN. “There’s no age limit that doesn’t benefit from being physically fit.”

That said, there are reasons to proceed with caution with any new fitness regimen you might want to try. and it’s always good to check in with your doctor if you have any questions. This is especially true if you have any underlying medical conditions, or if you’re starting a new exercise program. What's more, many people don't take into consideration that access to many form of exercise is a privilege that not everyone equally shares. Gym memberships, yoga classes, and even fitness equipment can be considerable financial investments. Moreover, if you manage any disabilities or invisible illnesses, you might need modifications in order to exercise in a way that works best for you.

Basically, it's important to know that your exercise habits now are not set in stone — they can change throughout your life, so if you don't have an exercise habit now, that doesn't mean that'll be the case in a few years. While exercise in some form is for everyone, not every form of exercise is best for every person. Simple body weight exercises, taking walks outside when you can, and various forms of stretching are just a few options for getting moving during the day. And make sure that, whatever form of exercise you choose, that it fits your unique set of needs. No stress — just do what works for you.

More like this
6 Abortion Advocates To Follow On TikTok
By Sara Youngblood Gregory
Plan C Vs. Plan B: What's The Difference?
By Lexi Inks
How 5 People Upended Their Lives To Fight For Abortion Rights
By Hannah Smothers
How To Get Energy Before A Workout, According To Experts
By Carolyn Steber
Get Even More From Bustle — Sign Up For The Newsletter