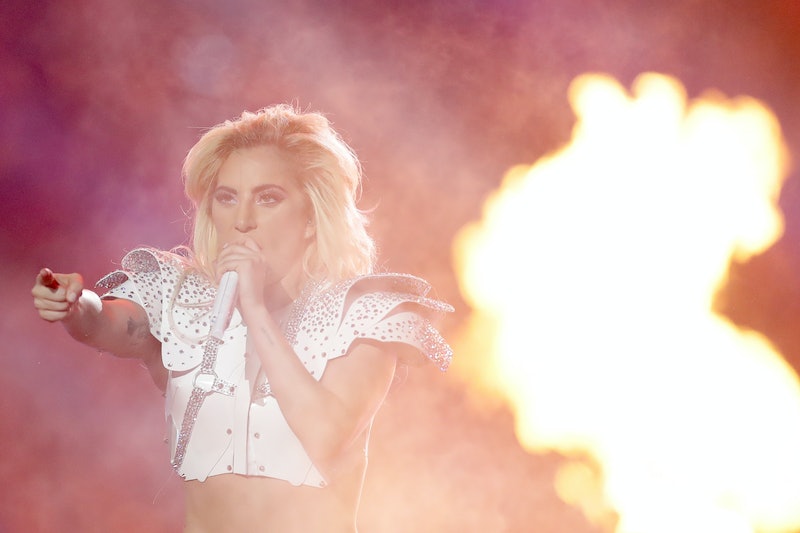 Lady Gaga has always been one of the few pop stars who openly shares and discusses her personal struggles with her fans. Gaga has been a long-time advocate of sexual assault survivors (she is a survivor herself) and for the LGBTQ community. She even co-founded the Born This Way Foundation, an organization dedicated to supporting youth who are struggling with mental health issues, bullying, or abuse. It comes as little surprise that Lady Gaga’s new autobiographical documentary, Five Foot Two, premiering on Sept. 22, is just as candid and vulnerable as ever. Five Foot Two will likely give the world juicy tidbits into Gaga’s love life and celebrity feuds, but a hugely impactful moment in the film is when Gaga revealed she lives with the chronic illness fibromyalgia.

During an interview at the Toronto International Film Festival, Lady Gaga said, “There’s a very strong piece of me that believes pain is a microphone. It does me no good unless I transform into something that is. I hope people watching this who are struggling with chronic pain, know that they aren’t alone.” With over 70.3 million followers on Twitter, I’m sure many of Gaga’s fans are not well acquainted with fibromyalgia, what it’s like to live with this chronic illness, or just how common fibromyalgia really is.

Despite the fact that it's not so commonly known, fibromyalgia is considered a common disorder, diagnosed in around 5 million Americans, with 80 to 90 percent of the affected being women. Though categorized as a rheumatic condition alongside arthritis, fibromyalgia is different because the chronic pain is not a result of direct injury, but rather a combination of physical and neurological factors. Doctors have not pinpointed exactly how and why fibromyalgia forms, but many cite genetics, trauma (such as a car accident or war), hormone balances, or a combination of risk factors as possible triggers.

The illness is characterized by symptoms that include widespread pain, stiffness, headaches, sensory sensitivity, numbness in the limbs, Irritable Bowel Syndrome, tingling sensations in the limbs, temperature intolerance, Restless Legs Syndrome, and even cognitive or memory problems. Research suggests it can also cause depression or anxiety; fibromyalgia changes brain chemistry, and can create hypersensitivity or decreased blood flow to regions of the brain that regulate mental health. Additionally, fibromyalgia has proven to be connected to autoimmune diseases like lupus.

Not unlike mental health issues, fibromyalgia can and does vary from person to person. Some folks struggle with the commonly-listed symptoms, and others’ disorders manifest in a completely different way. Due to the myriad of lived experiences, and because fibromyalgia is an invisible disability, the disorder is shrouded in stigma and underdiagnosed way too frequently. Additionally, many believe it is underdiagnosed and undertreated because of sexism in the medical field. Dr. Ginevra Lipton, who treats and lives with fibromyalgia, wrote for The Mighty:

I am sorry to say it, but sexism is alive and well in medicine, and I believe it is the primary reason why fibromyalgia science is at least 30 years behind where it should be. Fibromyalgia research has lagged far behind other diseases, bogged down by controversy and a century of arguments about whether it was a 'real' illness. People who have fibromyalgia are mostly female and the illness has suffered from a gender bias that has hampered it being taken seriously by medicine.

These are just a few of the reasons it is vital that fibromyalgia, is given the national platform, awareness, and attention it deserves (thank you, Lady Gaga!).

Doctors have not yet discovered a one-size-fits-all treatment plan for fibromyalgia patients, but luckily there are many resources and tips online from people who live with the disorder. There is no cure for fibromyalgia, but doctors recommended a combination of medications such as antidepressants, antiepileptics, or muscle relaxants, as well as alternative physical therapies like acupuncture and biofeedback. Also, getting enough rest is so important.

Fibromyalgia is a largely misunderstood diagnosis that is accompanied by a wide range of symptoms, pain triggers, and unique experiences. The only way we can work to destigmatize it and understand how many people it truly affects is by listening to the people who live with the chronic illness and chronic pain, learning how to support your loved ones with the disorder, and further educating those who do not.