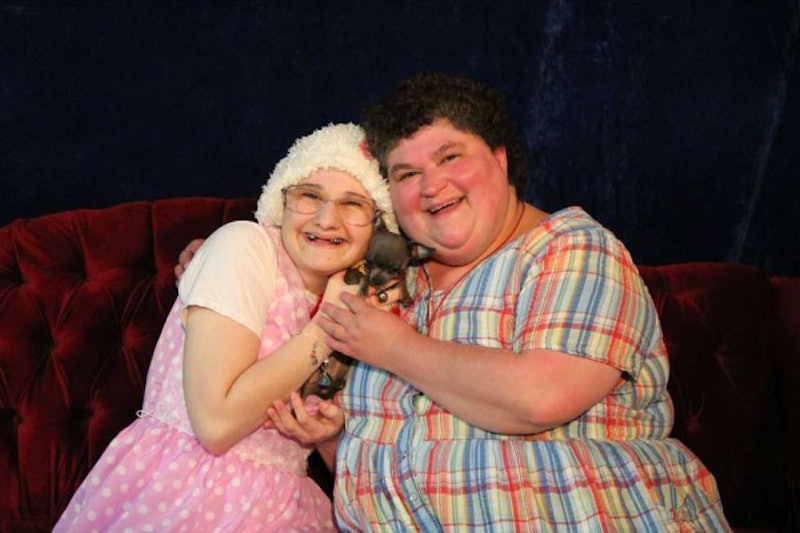 It seems like a new true crime documentary pops up every week or so, but the newest one from HBO — Mommy Dead and Dearest — is one of the most unique and frightening yet. The film tells the story of Gypsy Blancharde, a 24-year-old woman who was convicted of killing her mother. Yet she was sentenced to only 10 years in prison due to her claims that she was a victim of something called Munchausen by Proxy perpetrated by her mother. But how common is Munchausen by Proxy, really?

MbP, as it is sometimes called, is a disorder wherein a caretaker fakes an illness on the part of the person they're caring for in an attempt to gain attention or financial benefits. The disorder gets its name from Munchausen syndrome, which is the act of someone faking an illness in themselves for the same reasons, but MbP is considered even more harmful since the person with the disorder is harming someone else rather than themselves — often a child. As Mommy Dead and Dearest shows, Gypsy claims that her mother, Dee Dee Blancharde, told her she was sick her entire life. She alleges that her mother shaved her head and telling her she had cancer, forced her to use an unnecessary feeding tube, and made her use a wheelchair and pretend she couldn't walk.

MbP is not thoroughly understood, and is itself a controversial term. There seems to be little agreement among the mental health community as to whether or not it's a legitimate mental disorder, and its definition varies by country. In 2013, the condition was included in the fifth edition of the American Psychiatric Association's Diagnostic and Statistical Manual of Mental Disorders, under the name "Factitious Disorder Imposed on Another."

As far as its prevalence, the disorder — which is often defined as a particularly heinous form of child abuse — is believed to be quite rare. Although it hasn't been thoroughly studied, one study performed at the Pediatric Unit of the Department of Pediatrics of the Catholic University Medical School in Rome and published by the National Center for Biotechnology Information looked at all suspected victims of MbP admitted to the hospital between 2007 and 2010. Out of 751 children, 14 were found to have factitious disorders (fabricated illnesses), and four of these children met the criteria for MbP. Based on this one study, that amounts to a prevalence of 0.53 percent.

The depiction of Munchausen by Proxy seen in Mommy Dead and Dearest is absolutely horrifying, but due to its rarity, it's unlikely you'll ever be faced with experiencing it firsthand.