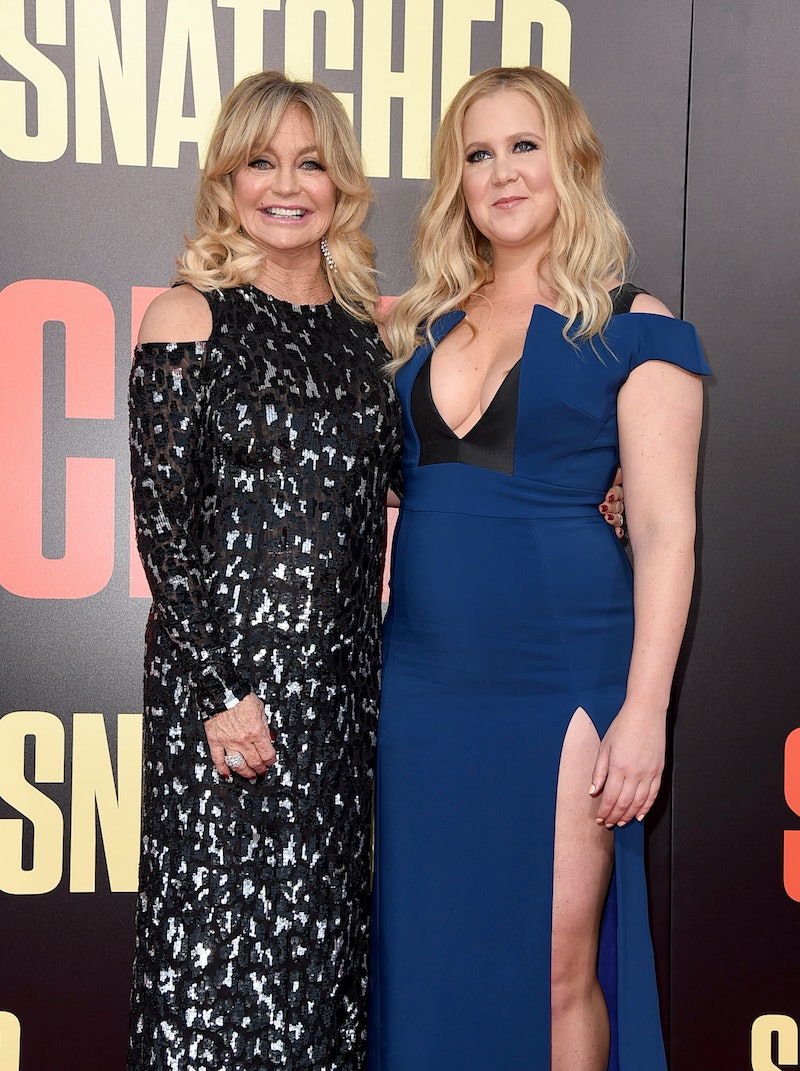 Snatched hits theaters this Friday, May 12, and come to find out the movie's stars Goldie Hawn and Amy Schumer first met at an airport when Schumer pitched Hawn on the project. Sadly, Hawn wasn’t initially interested, but because of Schumer’s persistence she eventually agreed to co-star alongside Schumer in the film.

According to GQ, Hawn was waiting at baggage claim in LAX, when Schumer approached her. Schumer introduced herself, and told Hawn that she had written a script for a film that she wanted Hawn to star in. "I was like, 'Let me just go aggressively plant the seed,'" Schumer recalled to USA Today. Not only did Hawn not agree right away, but apparently the airport encounter didn’t make much of an impact on her. At the time, Hawn apparently had no idea who Schumer was.

"To tell you the truth," Hawn explained to USA Today, "I don’t even remember the moment, honestly. People come up to you a lot." I can’t help but wonder if Hawn actually didn’t remember their first meeting, or was just using the opportunity to tease Schumer in their interview with USA Today. My money is on the later, because Hawn seems too smart to have forgotten meeting her and hilarious enough to pretend like she’s so full of herself that she wouldn’t remember meeting another A-lister.

A few month after their encounter at LAX, Schumer bumped into Hawn at an awards show. "That’s when she really said, 'OK, this is happening I really want you, I’m writing this with you in mind,'" Hawn told USA Today. The actor said she immediately texted her agent to begin negotiations to star alongside Schumer. It just goes to show that determination really does make things happen. I mean, I can't imagine anyone besides Hawn playing Schumer's mother, so I'm glad to she was adamant about casting Hawn in Snatched.

I don't know about you, but Hawn and Schumer seem like they're bound to be an iconic comedic duo. I personally cannot wait to see the two of them together on the big screen.