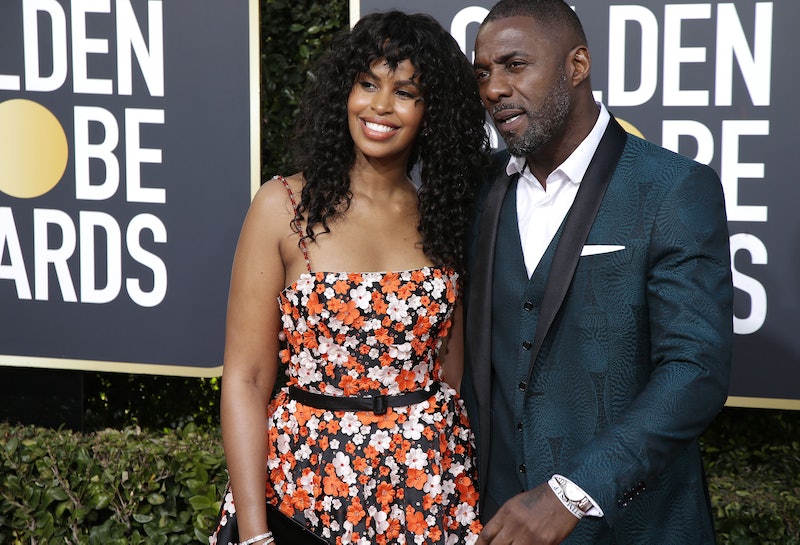 My appreciation for the icon that is Idris Elba shows no signs of stopping, especially with his latest series Turn Up Charlie dropping on Netflix on March 15. But thanks to my curiosity I can't help but wonder about the Elba's personal life, especially since he and his fiancée Sabrina Dhowre light up my life with their #CoupleGoals on social media. So how did Idris Elba and Sabrina Dhowre meet?

During an interview promoting The Mountain Between Us with Refinery29 in 2017, Elba revealed that Dhowre was his girlfriend after being asked who accompanied him at the Toronto Film Festival. Elba and Dhowre met during the production of the film which took place in Canada in late 2016, E! Online reports, of which Elba has some adorably fond memories of. "Falling in love while making a movie about falling in love is pretty special," he told People magazine. "It definitely got noticed because I try to keep my personal life different."

For someone that doesn't speak too often about his personal life, when it comes up in conversation Elba is actually pretty open about his previous relationships and why they broke down. "I think I'm the most misunderstood partner ever," he said during an interview with The New York Times. "I've failed many relationships but not because I'm an ass, just because there's so many complexities to relationships." I feel that.

Well it seems as though he's found "the one" in Dhowre, especially since he proposed to the model in front of the cast and crew of his debut film Yardie ahead a preview of the film in 2018, which also happened to be a few days before Valentine's Day. While Elba described the proposal as "the most nerve-wracking thing for [him] ever" to People, he did reiterate how special it was for him, especially "in terms of wanting to make someone feel super special and feel [his] love" which was "pretty romantic for [him]."

"She makes me laugh and we share common goals. She makes me happy," he said. "She makes me celebrate my success and when I'm not too sure about stuff, she makes me think." If you haven't already grabbed some tissues, you better do it quick 'cause Instagram user @agentmarsden caught the moment on camera.

A year later, rumours started swirling that the two had secretly eloped after Elba referred to Dhowla is his "wife" in an Instagram post talking about his facial hair. "I always struggled with this bit between my nose and my top lip, it's like massive, you get me. But anyways, some people like it and a lot don't — like my wife," he said in the video. However, Dhowla addressed the rumours flat out, telling Metro that their "wedding is coming up soon and [she's] really looking forward to it."

Hopefully the couple will share some insights into the big day on their Instas, because I cannot get enough of the way they post about each other on social media. They're too cute for words, honestly.