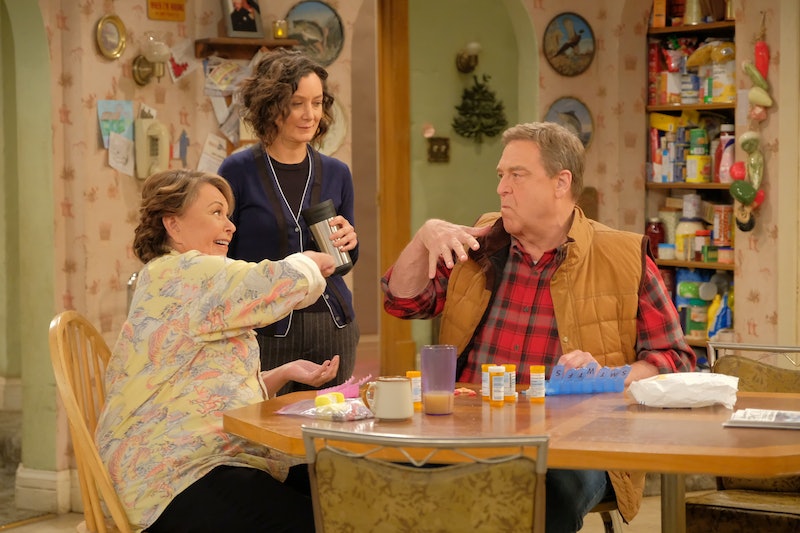 Roseanne is returning to TV after over 20 years, but fans of the show who know how the original run ended are expecting some answers. The shows' final season marked a stark shift in the series' tone, and the ending of the original Roseanne ended up being a heartbreaking gut-punch in a series known for its ability to find humor in nearly anything. So how will the series bounce back from an ending that upended the core relationship of the entire show?

Reboots are a dime-a-dozen in 2018, but there's something special about the return of Roseanne. At the top of its success, Roseanne took a hilarious look at the day-to-day lives of a working-class family, while realistically portraying the obstacles of living paycheck to paycheck. Since Roseanne went off the air, there hasn't been a show as popular that found humor in living with financial struggle, as popular sitcoms ended up being more focused on creating a "people hanging out in incredibly nice city apartments" kind of tone on shows like Friends or How I Met Your Mother. Even Roseanne's ninth and final season shied away from the show's working-class roots, awarding Roseanne Conner just over $100 million for winning the Illinois State Lottery.

The ninth season abandoned the down-to-earth tone of its first eight-seasons for a surreal trip through the new wealthy life of the Conner family, which included Roseanne's husband, Dan, leaving the family to go to California and cheating on his wife. However, the finale explained away the entire season — the lottery, Dan's infidelity, the episode where Steven Seagal appeared as himself — as part of a book that Roseanne wrote to try and help her cope with Dan's death. The only true thing that happened in the show's final season is that Roseanne wrote a book about losing Dan. So if Dan died, how is he alive and well in the new season?

While the show seems to be going against the original series' finale, the network has acknowledged it will address Dan's return. At a 2017 Television Critics Association panel, president of ABC Entertainment Channing Dungey said, according to E! Online, "I wouldn't say that [the revival] is ignoring the events of the finale, but I can say that Dan is definitely alive." So if any fans were expecting Dan to be a figment of Roseanne's imagination, it seems that those fears are unfounded. Dan will be genuinely back to life in the show's revival.

Roseanne even pokes fun at the show's first finale during a scene in the trailer, where Roseanne wakes up to see Dan lying next to her in a sleep apnea mask. She proclaiming that she thought he died, to which Dan replies, "Why does everybody always think I'm dead?" Perhaps Roseanne wakes up to reveal that the show's ninth season was a dream that she had about writing a book to cope with losing Dan, who cheated on her in the book and died in the dream but is alive in real life. (Whew.) Whatever plot device the show uses to bring Dan back into the Conner family, it's honestly worth it just to have John Goodman return to the role that made him famous, and to see Roseanne and Dan back together after two decades.

The ninth season of Roseanne may have gone against the tone of the series, and the finale signaled that the Conner family that people fell in love with was gone forever. But the revival hints that this sitcom is getting back to its roots. The show is getting another chance at making a lasting legacy, and is doing so by celebrating the things that made the first eight seasons of the sitcom so affecting and relatable. The Roseanne finale ended things on a dark note, but the revival will have plenty of laughs to make up for it.