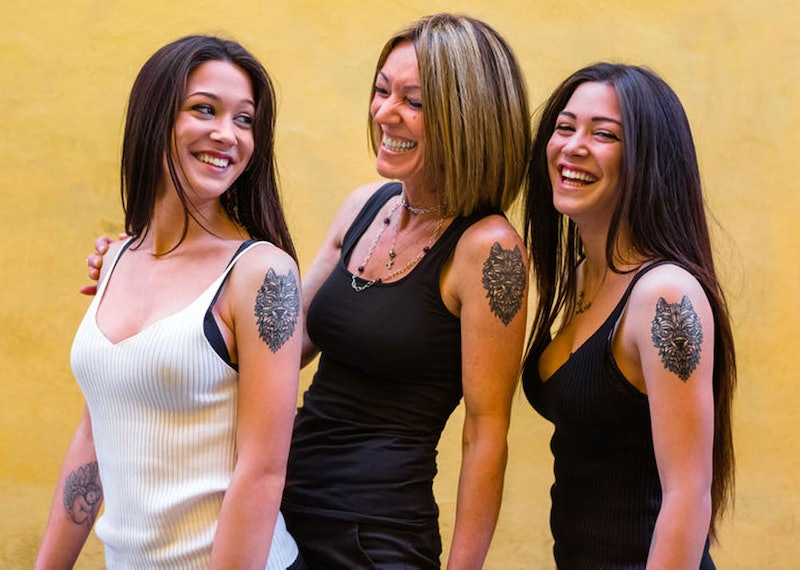 Siblings; no matter how many times they pinch your new Topshop midi dress and spill Jägerbomb down it or hide the remote control so you have to sit and watch their trash TV, you probably wouldn’t swap them for the world. For many years, I firmly believed that as the first-born child, I was naturally more intelligent, bossy, and had all the better ideas, paving the way so my brother could get away with murder. But in all seriousness, does birth order affect your personality? Am I okay to take this as gospel?

Well, as it turns out, there is actual science to prove that where you're born within your family’s birth order could affect who you go on to become in so many ways. Researchers have actually been looking into this for years and have conducted extensive studies into how children are shaped by their experiences growing up in different positions within the family unit.

Do your parents treat you differently to your siblings? Does the baby of the family always get away with absolute murder? And if so, what impact does this have on the other siblings? So many questions. Luckily, there are a bunch of answers too.

Check out below how your family’s birth order could have impacted the person you are today.

Jeffrey Kluger conducted extensive research on birth order wrote an entire book on his findings, entitled The Sibling Effect: What the Bonds Among Brothers and Sisters Reveal About Us. In an interview with Time magazine he said first-born children "come into the world as their parents’ sole princess or prince. They are more inclined to be pampered, more inclined to be indulged, more inclined to grow up with a sense that they sit at the centre of the familial orbit." Well that shoe fits me like a glass slipper on Cinderella, and come on, a treat yo self-attitude never hurt anyone (just my bank account).

So, if you have stacks of self-confidence, it might be that undivided attention you got from your parents before your siblings came along. And as for paving the way for siblings to get away with stuff you never would have? Well, Professor Sandra E. Black conducted a study investigating "the effects of early life experiences on the long-run outcomes of children." He research revealed that parents do tend to be stricter with first-borns, which makes them responsible leaders. Beyoncé and Emma Watson are both famous first borns proving having a 9 p.m curfew might be worth it in the long run.

Middle Children seem to pose a bit of an enigma to psychologists. Whilst some have said middle children tend to be the peace-makers of the family, other studies have suggested that, due to the fact that middle children feel overlooked, they might end up causing their parents a bit of grief.

Economist Joesph Doyle has conducted research into the so-called curse of the second child. Sounds spooky and it is a little bit. He found that a lack of attention can mean that middle children are a bit more rebellious. Speaking to NPR, Doyle said: "I find the results to be remarkable that the second-born children, compared to their older siblings, are much more likely to end up in prison, much more likely to get suspended in school, enter juvenile delinquency."

Obviously, this doesn't mean that as the middle child, you are destined for a jail cell, but you might be more likely to get up to a bit of mischief and mayhem than your straight laced, goody goody older sibling. Katrin Schumann, who co-authored The Secret Power of Middle Children: How Middleborns Can Harness Their Unexpected and Remarkable Abilities, spoke to Psychology Today and said, "middle children are social beings, skilled negotiators, and good team players who think outside the box and resist conformity." It’s not your fault if you know how to get what you want as the middle child.

Famous middle borns are Kim Kardashian, Britney Spears and Stella McCartney, so I would say you are in pretty good company.

Ah, the youngest child, the baby of the family. No matter how old you are, the youngest one always gets away with moves you haven’t tried to pull since you were a teenager. Forgotten a Christmas present? Anyone else would get the cold shoulder but no, not the youngest child. Their presence is enough of a gift. As the youngest and weakest in the play room, studies have found that youngest siblings tend to be more comical and more charismatic than their older siblings in order to gain acceptance and attention from their parents.

Author Kluger said in Time magazine that being the youngest "makes them funnier, more intuitive and more charismatic than their older siblings. If you can’t use strength and size to prevent yourself from getting pushed around, you learn to disarm with charm and to pay attention to other people’s thoughts and motivations in order to stay one step ahead of them."

The famous faces that are also reaping the benefits of being the baby of the family are Harry Styles, Jennifer Lawrence, and Blake Lively.

So there you go: funny charismatic and gets away with things their siblings wouldn’t dream of doing. It’s hard to see a downside to being the baby of the family.