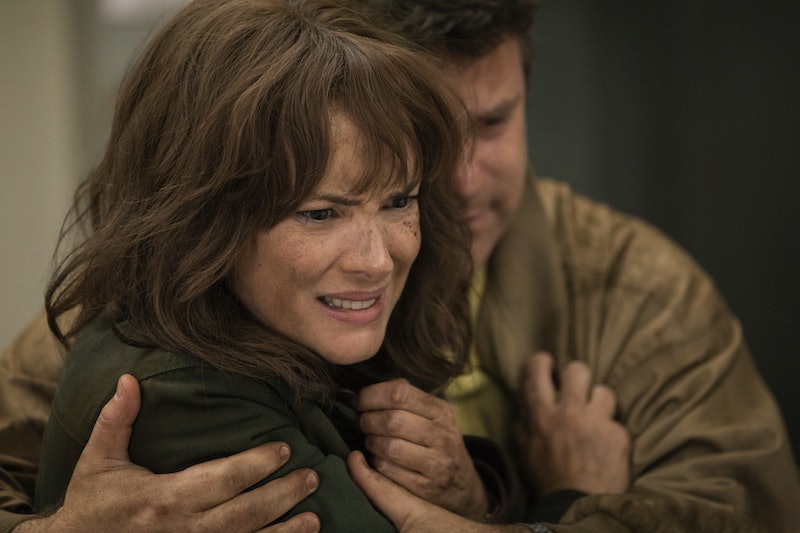 Will Byers just can't catch a break. Spoilers for Season 2! The Stranger Things virus is the latest hardship the Hawkins student has gone through. But first, he gets kidnapped by a grotesque creature and dragged into a nightmarish alternate dimension where he has to fend for himself as he's being pursued by said creature, which is a huge bummer. Then, as if that wasn't lame enough, while he's out of town all of his friends start hanging out with a super cool psychic girl who leaves the moment that Will returns. Things only get worse in when he becomes infected with what's called a "virus," but could more accurately be called "being possessed by a gargantuan Shadow Monster that intends to kill everything and everyone on Earth and is using you as an Earthly vessel."

Will's been suffering nearly every day since being taken to the Upside Down. Season 2 picks up a year after the first season and shows a Will who has been wrecked with trauma. Joyce takes him to Hawkins Lab for studies with the hopes that they can help him manage his PTSD — but Will's visions have kept him from being able to push his traumatic memories aside. However, his lasting trauma is nothing compared to the suffering he faces at the hands of his virus, which is relentless.

In Will's visions, he's haunted by a Shadow Monster that seems to be chasing him wherever he goes. Bob, Joyce's boyfriend, encourages Will to stand up to his fears, telling him that the best way to conquer what scares him is to look right at it and tell it to "go away." It turns out that this is the worst advice that anyone has ever given someone else, because standing your ground in front of the Shadow Monster means having black wispy clouds fly into every opening on your face and allowing yourself to become a sleeper agent for a lifeform that seems to be evil incarnate.

It's a real shame that nearly male figure in Will's life seems to be 100% wrong when it comes to making Will feel better about what he is going through. Despite Mike's confidence, the Shadow Monster can in fact "spy back," and manages to set a trap for the workers of the Hawkins Lab, ambushing them with a pack of demodogs that are under its control.

It seems that the virus links whoever is "infected" directly to the Shadow Monster, as well as other entities that are linked to this monster. When the members of Hawkins Lab attempt to set fire to the living vines in the tunnels beneath the town, Will feels himself being burnt alive. Just like the demodogs, Will is under the control of the Shadow Monster as long as he has the virus.

Hopefully, should the show return for Season 3, someone else can take a turn being the victim of the Upside Down so that Will Byers can finally have a decent Halloween.