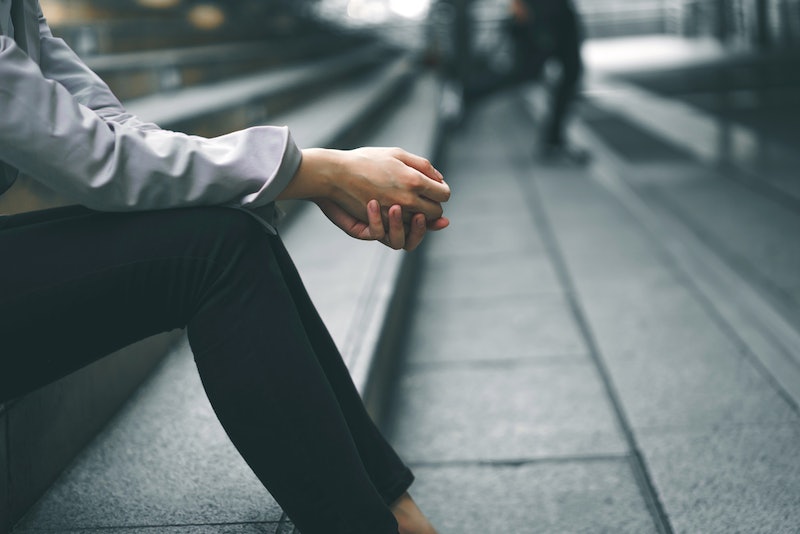 In this op-ed, author and freelance writer Lux Alptraum examines how the call of "equal pay for equal work" on Equal Pay Day leaves out people who live with mental illnesses, chronic illnesses, and disabilities.

A few years ago, at the age of 35, I was diagnosed with obsessive compulsive disorder (OCD). Getting my diagnosis was something of an “Aha!” moment for me. Suddenly, so many of the little quirks and oddities of my habits began to make sense — especially when it came to how I structured my work life. Whether it was the type of offices I’d felt drawn to or the kind of work I ended up taking on, it was clear that my mental health played a contributing factor in shaping the contours of my career.

Although my OCD is not the stereotypical counting and cleanliness-obsessed type, it has made me anxious and rigid, easily thrown off course when something feels off. Pressure to conform to someone else’s rules — whether it’s a dress code, a specific daily schedule I’m expected to adhere to, or an aggressive policing of how, exactly, I spend my time at work — sends my anxiety into overdrive. As a result, I’ve long eschewed highly structured corporate environments for the more flexible offices of startups and nonprofits, and in recent years, gave up office life entirely in favor of freelancing from home.

But for other people who struggle with their mental health, one bad day can render them wholly incapable of working, and the unpredictability of their day-to-day mental health can make it difficult, if not impossible, to commit to a regular, fixed work schedule. It’s a reality that brings up interesting questions when we talk about equal pay.

The cry “equal pay for equal work” asks us to look at the ways that women, people of color, and other marginalized groups often get paid less money for doing the same, or similar, work as white men — whether because they face discrimination within their offices or job sites, or because they’re not even considered qualified for higher-paying work and fields.

If we’re not able to work at all, does that mean we’re somehow less valuable to society?

But for people who live with mental illnesses, chronic illnesses, and disabilities, the question of how to achieve pay equality becomes more thorny. What does equal pay mean if you’re not physically capable of making the same time commitment to your job as your abled peers? Should equal pay be pegged to the amount of time we physically spend doing our job, or to the output and productivity we’re able to contribute through our work? And if we’re not able to work at all, does that mean we’re somehow less valuable to society than someone who’s putting in 80 hours a week? Why should our ability to exist and be valued in society be pegged to our ability to work and produce wealth for someone else?

What if, in addition to our fight for equal pay for equal work, we sought to create a society where everyone has access to the resources they need to live healthy, happy, and independent lives — regardless of whether, or how much, they work? Proposals like a universal basic income, where everyone receives a wage from the government simply for being a member of society, push us to envision a world where our financial stability is not pegged to our ability to work. Establishing other social programs, like universal health care and increased support for people who live with mental illnesses, chronic illnesses, and disabilities, will make it easier for all of us to live fulfilling lives.

Having to make the decision between a salaried position that’ll give you stability (and, potentially, more affordable access to mental health care) and a career path that will enable you to manage your mental health on your own terms can be a difficult decision. Having to sacrifice necessary income so that you can practice good self-care is a bind that no one wants to be in — and yet it’s one that's intimately familiar for many people who live with mental illness.