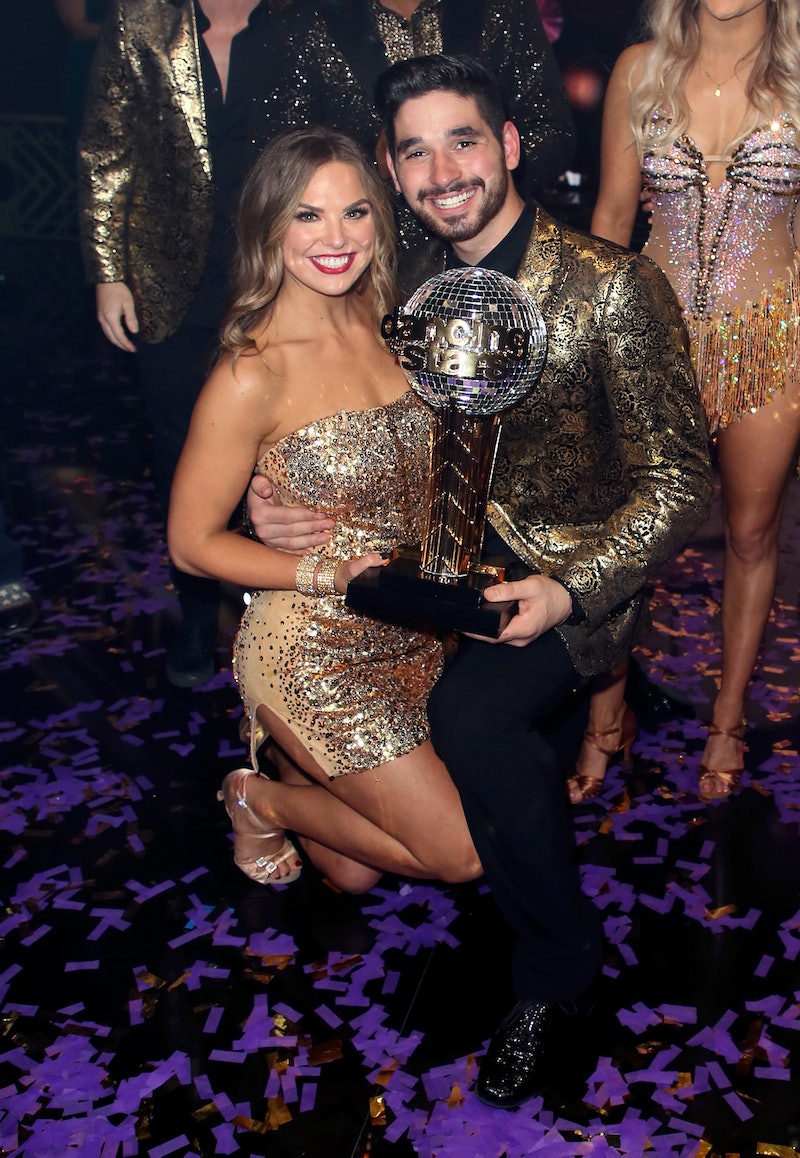 When Alan Bersten gets partnered with someone on Dancing With the Stars, he takes the role very seriously, both on and off the dance floor. This is particularly true when it came to Hannah Brown, who went on to win the Season 28 Mirror ball trophy. But their path to victory wasn't always easy. In fact, according to Bersten, Hannah's visit with Peter Weber affected her DWTS experience in some very unexpected ways, though, it seems the ordeal ultimately brought the two of them closer together in the end.

“She is a very honest person and I think she’ll say that it did affect her and you know, at the time, I wasn’t 100 percent aware of everything that was going on,” Bersten told Us Weekly at a DWTS promotional event on Monday, Jan. 27. “She told me some things … luckily I was able to help her get through it.”

Hannah reunited with Peter on two separate occasions, while both The Bachelor and DWTS were in the process of filming. The first visit took place on Sept. 19, three days after the DWTS Season 28 premiere and when The Bachelor was filming the season premiere, which allowed her the chance to wish Peter luck and give him his wings pin back. The second visit was a little more intense and found the duo admitting that they still had lingering feelings for one another. That was filmed on Sept. 24 (Hannah's birthday), just after her second week on DWTS.

It was that last visit in particular that Bersten noticed a notable shift in his dance partner's behavior, which was understandable given the emotional roller coaster ride she'd just gone on with her ex. (That'll happen when you drudge up old feelings from the past.) But Bersten tried to be there for her in any way he could, even if meant just being a shoulder to cry on.

“It was a very real moment and you know, she realized that I was there for her. If she needed anything I could help her own and she could confide in me,” Bersten told the outlet, though he made a point not to comment specifically on her relationship with Peter, given that he didn't feel he knew enough about their complicated history. “I don’t watch the show enough to know enough about Peter, so I want her to be happy.” Spoken like a true friend.