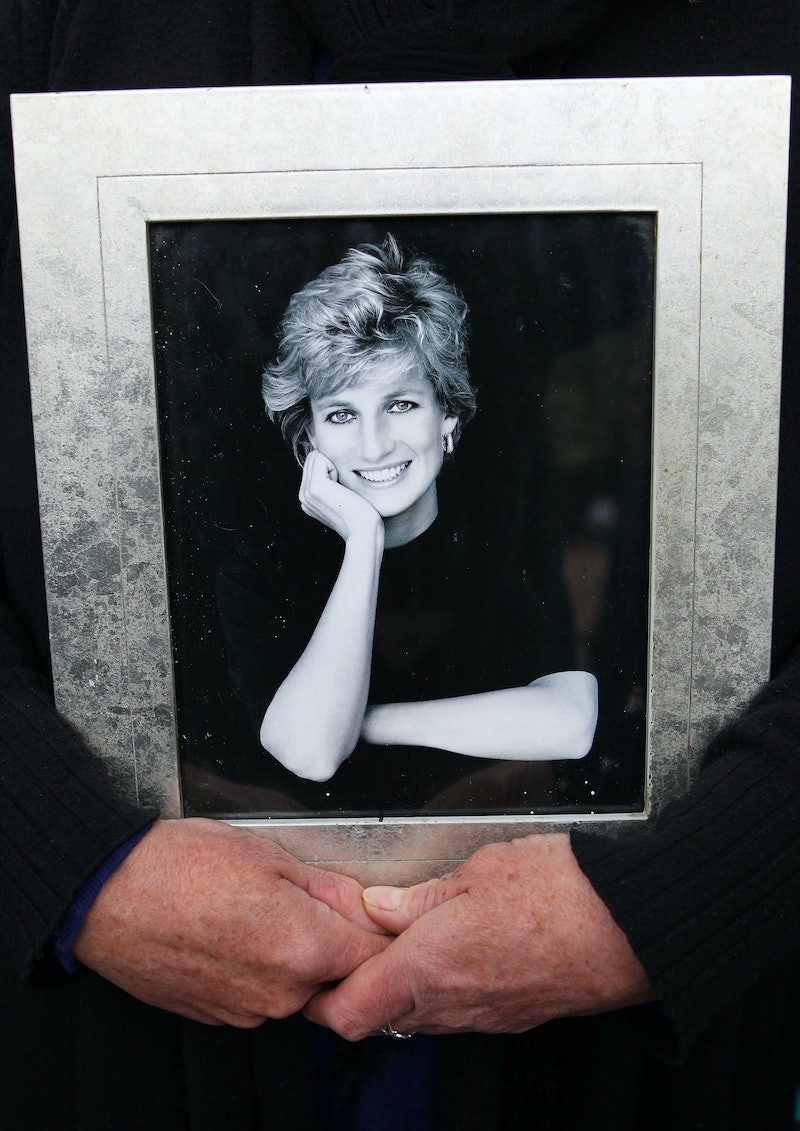 There has been a renewed interest in the tragedies of the '90s lately, with new documentaries about O.J. Simpson, JonBenét Ramsey, and others all becoming pop culture sensations. Now it's Princess Diana's turn, as the new HBO documentary Diana, Our Mother: Her Legacy takes a look at the life of the late Princess of Wales. Unlike the previously mentioned subjects, however, the film doesn't focus on Diana's death. Rather, it was made with the cooperation of her sons — Princes William and Harry — as a way to honor and remember her. But one thing you won't see much of in the film is what happened the night of Princess Diana's death.

It's certainly a sad story, and it's obvious why her sons — along with other family members and friends in the film — would prefer to remember the woman their mother was and the legacy she left behind rather than spend any time focusing on the details of her senseless death. Princess Diana died on August 31, 1997, and the documentary is honoring her in time for the 20th anniversary of this date. Her death set off a debate about the nature of celebrity and privacy; one that is still going on today.

Diana's death occurred almost exactly a year after her divorce from Prince Charles. On the night in question, she was out in Paris with Egyptian billionaire heir Dodi Fayed, whom she had been dating for about a month. The pair had stopped in Paris while traveling to London after spending over a week on Fayed's yacht in the French Riviera. Local paparazzi became aware of the couple's presence in the city, and pursued them in a high speed chase through the Pont de l'Alma tunnel. The driver of Diana's car, Deputy Head of Security at the Hôtel Ritz Paris Henri Paul, lost control of the vehicle and crashed into a pillar at 65 mph — more than twice the speed limit. Paul and Fayed were pronounced dead at the scene. Diana was transferred to a local hospital but ultimately could not be revived. She died three hours later from extensive internal injuries. No one in the vehicle had been wearing a seat belt.

Initial reports claimed the paparazzi had run the car off the road in their relentless pursuit of obtaining photos of the tabloid-favorite couple. However, the original French investigation placed the blame for the crash wholly on Paul, whose blood alcohol content had been three times the legal limit at the time of the accident. Prescription drugs were also found in his system. A later 2008 British inquest into the crash, known as Operation Paget, blamed both Paul and the paparazzi in equal measure, with a jury concluding that Paul had been "grossly negligent" and the paparazzi's actions — which witnesses alleged including attempting to block Diana's vehicle with their cars — led to her "wrongful death." Despite the findings of these investigations, there are also some, namely Fayed's father, Mohammed Al Fayed, who maintain that Diana's killing was an assassination orchestrated by the British Royal Family. All investigations into the matter have refuted these claims.

Regardless of whose version of events you believe, one thing is clear: Princess Diana's death was senseless. She was taken from the world far too soon, but her legacy — which is on full display in Diana, Our Mother: Her Legacy — will live on forever.

More like this
Here’s How 'The Crown' Will Cover Princess Diana's Tragic Death In Season 6
By Brad Witter
Kate Middleton & Prince William Were Booed & Mocked On Their U.S. Visit
By Jake Viswanath
Here's The Role Lady Susan Hussey Played At Buckingham Palace
By El Hunt
Jude Bellingham’s Superstar Football Talent Runs In The Family
By Maxine Harrison
Get Even More From Bustle — Sign Up For The Newsletter