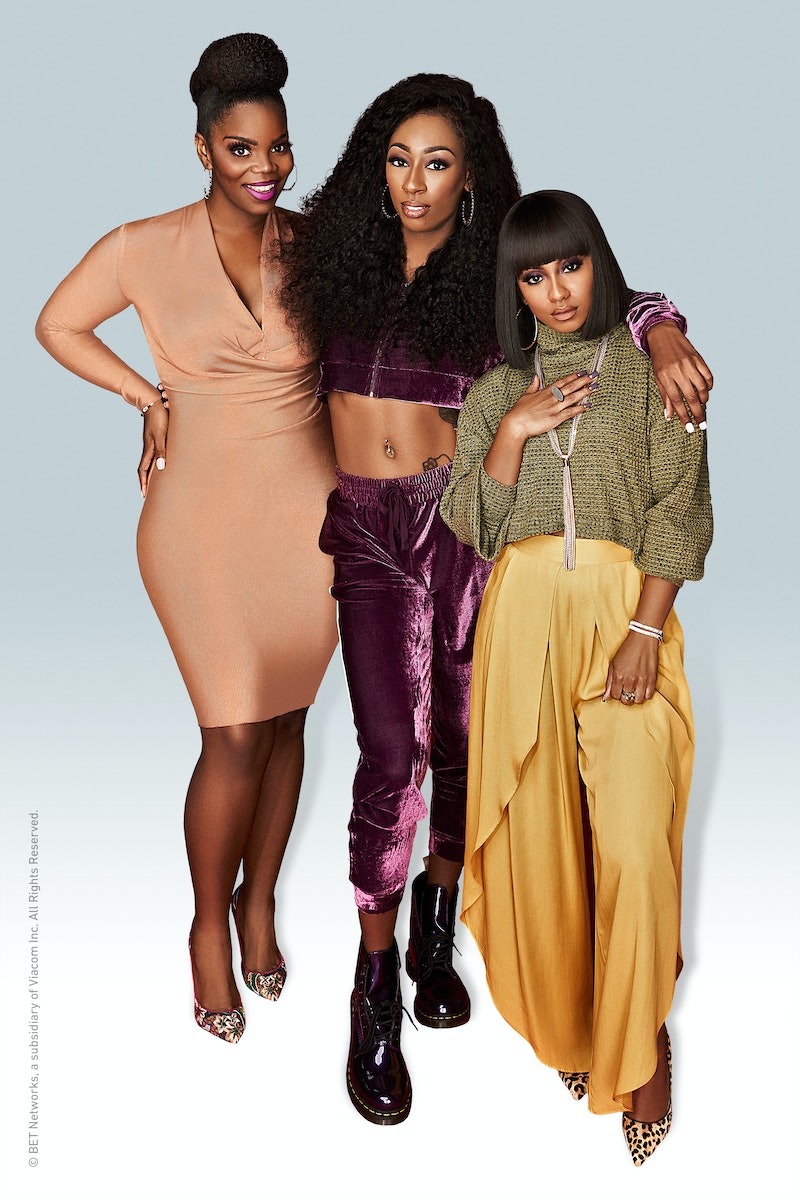 BET's newest scripted series Boomerang has had people buzzing for weeks. Any project from Lena Waithe is something to get excited for, and this is particularly intriguing because it's based on the classic Eddie Murphy film of the same name. BET's Boomerang is connected to the movie in a few big ways, but producer Lena Waithe is ready to update the story for a whole new generation.

The film's plot focused largely on the romance between Angela (Halle Berry) and Marcus (Murphy), and Waithe said the TV update should be a natural follow-up to their story. "To me, it was about the continuation of the story," Waithe told Bustle's Tai Gooden earlier this month. “Even before this Boomerang thing popped up, I was always fascinated by what happened to Angela and Marcus after they strolled off into the sunset. In my opinion, they got married. They did the thing. They had the kids. They started their own agency. That was what happened in my imagination and that’s where we really began."

In a nutshell, that's exactly how the plot of the show connects to the film. Tequan Richmond and Tetona Jackson star in the show as the literal next generation of Boomerang — Jackson plays Marcus and Angela's daughter, and Richmond takes the role of Jacqueline's (Robin Givens) son.

The idea of stepping out of parents' shadows seems prevalent in Boomerang's update. Waithe told Entertainment Weekly that the show is meant to be all about young, successful black artists are creating a path for themselves. "This is a journey I’m taking the audience on with these six amazing, interesting, unique characters who are gonna put you on a beautiful ride about what it means to be young, gifted, and black — and exhausted from always trying to be perfect all the time," she said. "And we all have trauma from our parents that we can’t shake. That is our journey: to shake our trauma into fine art."

Waithe has also said that producing the show for BET has allowed her the freedom she often doesn't get from other companies. "Most of the shows I do are being pushed through a white filter. The most exciting thing about BET and Paramount is that we speak the same language," she said at TCA, per Deadline. "There is no, ‘Well can you have more joy in that moment of black pain’ — I don’t have to do that. That’s no shade at other partners I work for but the best thing is working with people who look like me and trust me. Black and honest as hell."

Berry serves as executive producer on BET's Boomerang, and seems pleased with the way the show has updated for a new generation. "I wanted to tell the story in a fresh way and deal with all of the issues that millennials are facing, which is very different to the issues of 1992, and to carry on the legacy of the original movie," she said at the same TCA event.

Even if you aren't familiar with the film that started it all, that doesn't mean you can't enjoy the Boomerang update. And if you are a longtime fan, that'll just make it all the more intriguing to settle in with Waithe and Berry's new vision for the future of its legacy.