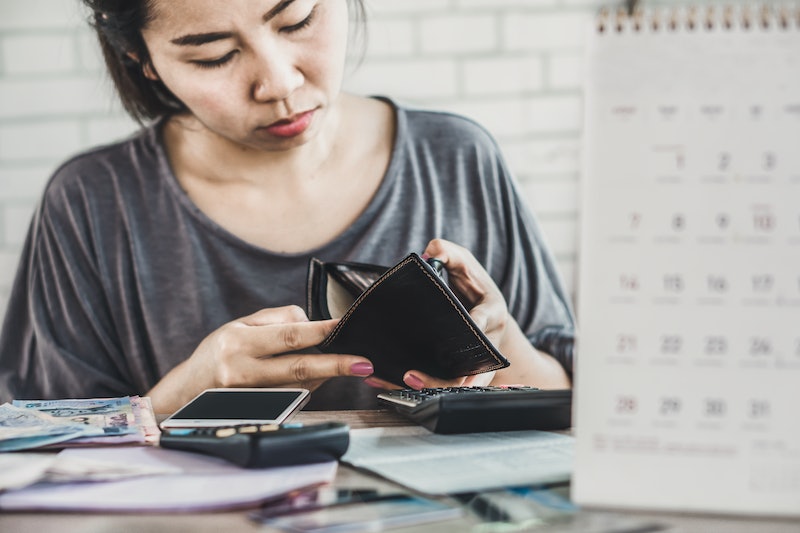 Apple's much-anticipated new credit card is expected to become available to more iPhone users in the United States soon. For those thinking about getting the company's latest product, it might be helpful to know how the Apple Card is different from other credit cards. While the Apple Card shares some similarities with other popular cash-back credit cards, there are several tech-inspired features that make it stand out.

One of the Apple Card's most unique features is its link to your iPhone. In fact, as CNBC explained, you can only apply for an Apple Card through an iPhone, which makes it distinctive from all other major credit cards. The Apple Card's iPhone features are also pretty unique. As Apple described, the Apple Card interface in the iPhone's Wallet app is designed to allow users to easily track their spending and pay their bills. The company stressed that in-app color coding will allow users to see the different categories of items and activities that their money is going toward. The app will also estimate how much you'll be paying in interest if you decide not to pay your full balance each month — a feature which Apple says makes it "the first credit card that actually encourages you to pay less interest."

Moreover, Apple's iPhone integration means that card users have access to 24/7 customer support via text message, the company said. Apple credit card users also have a virtual card number (there is no full credit card number on the physical card, just the last four digits) — and this number can be changed at any time, if you like, TechCrunch reported. As the outlet described, this distinctive feature could be helpful if you want to temporarily share your credit card information with someone else, but don't want them to have access to this information forever. As MacWorld noted, this virtual number feature isn't totally unique to the Apple Card, but it's certainly a notable characteristic.

While the Apple Card's iPhone integration helps set it apart from other credit cards, it does share some similarities with them. As MacWorld described, the Apple Card is a MasterCard wth a cash-back program, similar to many other credit cards. The outlet noted that, like many of the most popular cash-back cards, the Apple Card has no annual fee and also offers a similar cash-back percentage for purchases (Apple offers 1% to 2% cash back, while other major cash-back cards highlighted by MacWorld offer between 1.5% and 2%). Notably, though, if you are looking to make lots of Apple purchases, the card offers 3% cash back on Apple products specifically.

If you've decided you want to apply for an Apple Card, you can do so directly through your iPhone if the option is available (remember, Apple hasn't rolled out the Apple Card to everyone yet, and it's only available to some users, Ars Technica reported). As HowtoGeek.com noted, to see if you can apply, you can open your Wallet app, hit the plus sign, and select "continue" when the Apple Pay interface opens. If you're eligible to apply for an Apple Card, the card will be listed under payment cards on the next screen, and you can start the application process.

However, if the Apple Card isn't listed on your phone yet, don't sweat it — the option is expected to become available for everyone by the end of August, Ars Technica noted.

More like this
Poshmark Vs. Depop: How The Reselling Apps Compare
By Emma Carey
How To Protect Your Digital Privacy If You Need An Abortion Post-Roe
By Kaitlyn Wylde
How to Delete (or Pause) Your Hinge Account
By Emma Carey
What Is A “Softboy?” The TikTok Term & Aesthetic, Explained
By Courtney Young
Get Even More From Bustle — Sign Up For The Newsletter