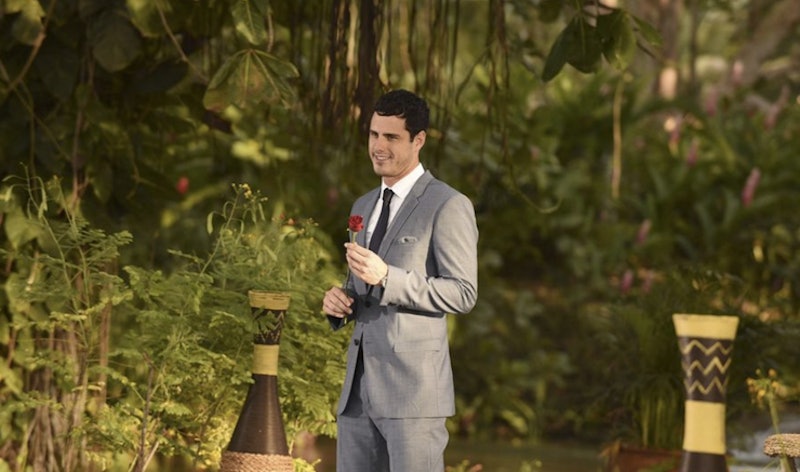 Ah, the Bachelor rose ceremony. Bachelor Nation knows and loves these moments of absolute truth as some of the most nail-biting and dramatic moments of any season. What fans get to see on television when the episode is all finished is all sparkly ballgowns, flawless makeup and shattered dreams. But how long are rose ceremonies on The Bachelor, really? Looking behind the curtain will give a lot of fans a different perspective of the seemingly glamorous cocktail party atmosphere.

In August of this year, Daily Mail took an in-depth look at the infamous rose ceremonies and unveiled exactly what they entail. As it turns out, they are kind of a nightmare by anyone's standards. Naming their source as only, "a Bachelor insider", the publication claims that they were told that the few minutes of rose ceremony and cocktail party that fans see on television is an unbelievably far cry from the reality of these events. Per the source, "They last for hours, sometimes wrapping up as late as 5 a.m. Despite this, the girls would be required to get up for hair and makeup at 9 a.m. the following morning." Bustle reached out to ABC, but the network declined to comment. A spokesperson for WB also declined to comment.

According to this anonymous source, the ceremony can last through the whole night sometimes. It is hard to imagine contestants successfully managing their exhaustion enough to have an appropriate reaction to the actual roses being gifted, especially after being stuck in all of that hair and makeup and wearing an uncomfortable ballgown until early in the morning. It makes showing up in a onesie a la Izzy from Ben's season seem pretty brilliant, huh?

In an interview with The Hollywood Reporter, director Ken Fuchs, who has directed 31 seasons of the franchise, revealed that there is an upside to the exhaustion. "I’m sure it’s a little more emotional because of how long or how tired you might be," he said. So, at the very least, the filming situation produces some good television. Some of the most over-the-top dramatic moments in the show's history might be able to be traced back to an extraordinarily long rose ceremony.

Fuchs went on to explain that there's a reason that these ceremonies drag on forever. After all, there are a lot of potential suitors for The Bachelor star to meet in a limited amount of time, especially on the first night. He adds, "It’s a long, long night. It's always been quite an accomplishment to get through it, since it’s inevitably sunlight by the time you drive home."

As if the hours of filming weren't bad enough, even in the most comfortable of conditions, it may be that the rose ceremony room isn't super ventilated and the girls are not always fed. In the Daily Mail article, the source claimed that the room that the rose ceremony and cocktail party take place in is "hot and dry." The girls are allegedly also not allowed to run and grab a bite to eat if production is running late. So, couple that with plenty of available alcohol and a few girls have even passed out during filming of the ceremony, per that source.

If that information doesn't give fans a bigger appreciation for the labor intensive reality experience that is the Bachelor rose ceremony, then nothing will. It may be easy to assume that the very minuscule amount of filmed footage that is seen on television each week is fully representative. But that's simply not true. So next time a contestant breaks down into tears that seem a little theatrical, maybe fans will remember that all these contestants are put through a lot during every rose ceremony — much more than what we end up seeing on TV.